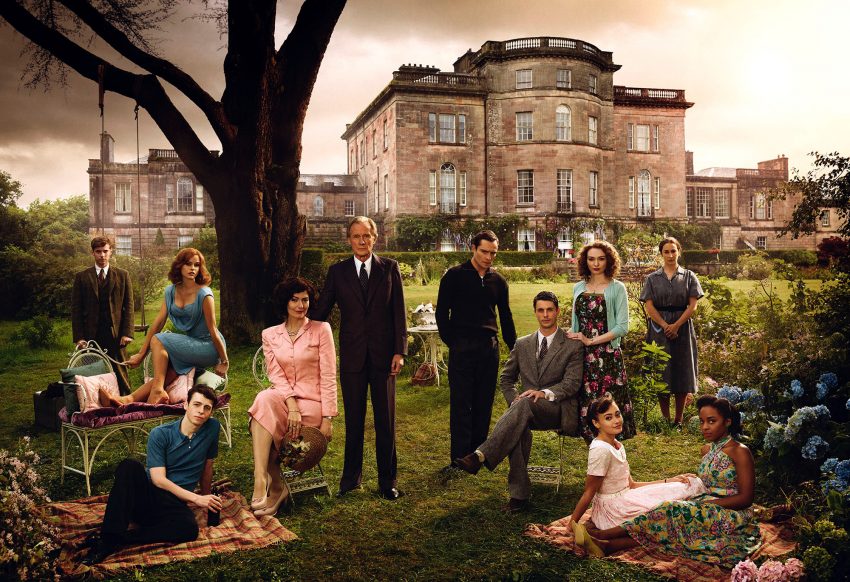 A country house, a dead body, a pack of suspects—sounds like Agatha Christie, no? Of course, it does. It’s said that Dame Agatha named 1958’s Ordeal by Innocence as one of her two favorite novels (Crooked House being the other), though she was known to change her answer to that particular question, as would any unreliable narrator. This story of a badly behaved rich family eating its own spawned an all-star 1985 film adaptation and a 2007 TV version. Now, the BBC has been releasing a series of high-gloss, new Christie productions for the telly, the latest being the three-part return visit with the Argyll family’s various demons now airing on Amazon Prime.

There’s not a lot of sunshine at Sunny Point, the great house the Argylls haunt in the Scottish countryside, and it’s not because of the northern latitude—at least, not entirely. Family matriarch Rachel (Anna Chancellor: Shetland, Spooks/MI-5, The Hour, and so on) is an English Cruella de Vil, torturing her ineffectual husband Leo (Bill Nighy: Pirates of the Caribbean, and of course, Love Actually), her mixed bag of five adopted, now-grown children, and her long-suffering housekeeper Kristen (Morven Christie: Grantchester). Finally, someone bashed in Rachel’s skull. Son Jack (Anthony Boyle) was fingered for whodunit, got packed off to prison, and met a sorry end at the hands of his fellow offenders.

As the series opens 18 months later, the surviving Argylls are back at Sunny Point under various levels of duress to celebrate Leo’s impending marriage to the former family secretary, Gwenda (Alice Eve: Star Trek: Into Darkness), whose main contributions to the household appear to be rocking tight dresses and being shrewish toward everyone except Leo. It’s at this fraught time that Dr. Arthur Calgary (Luke Treadaway: Fortitude) appears. He was Jack’s alibi for the night of the murder but went missing for the trial; he’s come back to help clear Jack’s name. Is Calgary the real deal, another money-grubbing charlatan, or just plain crazy? All present have various opinions and various motives to believe them. 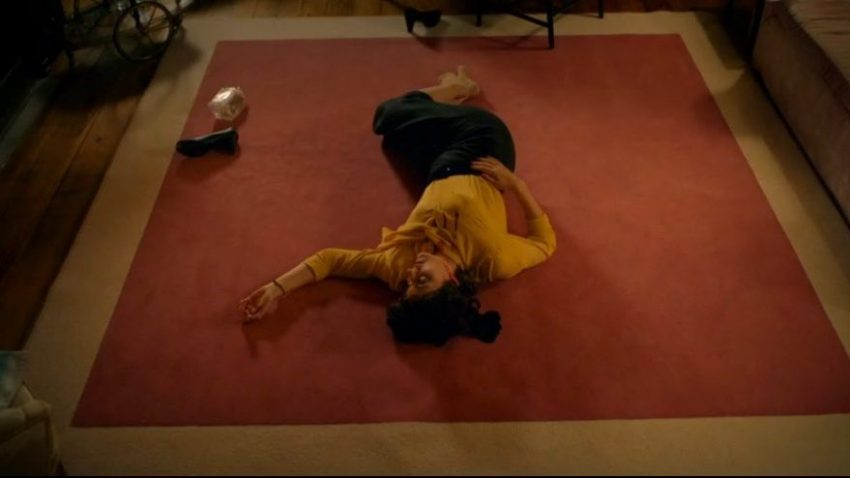 Writer Sarah Phelps, who also penned the recent BBC adaptations of And Then There Were None and The Witness for the Prosecution, had her way with a number of aspects of Christie’s story. Calgary has gained a history of mental instability, making him much less reliable as a witness, and the culprit and motive are significantly different from those in the book. All this means that if you memorized the novel, this will still be a new experience for you, for good or ill.

Innocence is one of five 1950s Christie novels that doesn’t feature one of her series characters. There’s no master detective on the case this time; we won’t be distracted by Poirot’s mustache or Marple’s anecdotes. However, this also means there’s no personified center to the story. The Argyll progeny, Calgary, Kristen, and Mary Argyll’s crippled husband Philip Durrant (Matthew Goode: Downton Abbey) have to rely on their often scattered wits to puzzle out whether Dr. Calgary deserves a hearing and, if so, which among them is really the killer. That there’s a resolution is a given (there always is); it’s a good one, and it’s more compelling than Christie’s. How it’s arrived at, however, might cause you to scratch your head in puzzlement.

As is normal in these tales, absolutely everybody (except Calgary) had good motive to put Rachel out of their misery, as she ruined each and every one of them. The bickering offspring are varying shades of feckless, wounded, entitled, venomous, or all of the above—the departed Jack being perhaps the worst of the lot. Durrant, both a hero and victim of World War II, is by turns nasty, self-pitying, and venal. If she survives, Gwenda will become Rachel with a bigger bustline and will likely cow Leo in much the same way Rachel did. In fact, there are hardly any sympathetic characters on the screen. Whether this works for you will depend on whether the family dysfunctions are of the type that interests you.

The production itself has the standard BBC polish, including solid acting, the careful attention to period detail (1954, in this case), and the usual lush costuming. The sprawling manor house is shot to suggest a Haunted Mansion-in-the-making. In fact, Innocence is so much of a piece with other BBC mysteries that if you’re a fan of the genre, you can be forgiven a certain sense of déjà vu. If Sidney Chambers or even young Endeavour Morse were to stop by, they wouldn’t seem at all out of place. If Sunny Point looks familiar, it’s because Ardgowan House (the real-life location) has appeared in various other mystery series, including Taggart, Rebus, Shetland, and Jonathan Creek.

Ordeal by Innocence isn’t headline Christie and doesn’t offer any of her famous sleuths. It would fit comfortably on Masterpiece Mystery and offers many of the same features. What this means is that you won’t be surprised by much of it, but you won’t be scared by any of it, either. If you love Christie, British manor-house mysteries, Masterpiece, or even Bill Nighy, this show’s for you; you can binge on all three hour-long episodes on Amazon Prime.