Once Upon A Time: Fairy Tales As Crime Stories

August 26, 2020
The Little Mermaid: fairy tale or psychological thriller? Vanessa Savage, author of The Woods, stops by the site this week to explore how the structures of some our favorite childhood stories share many similarities with crime fiction. 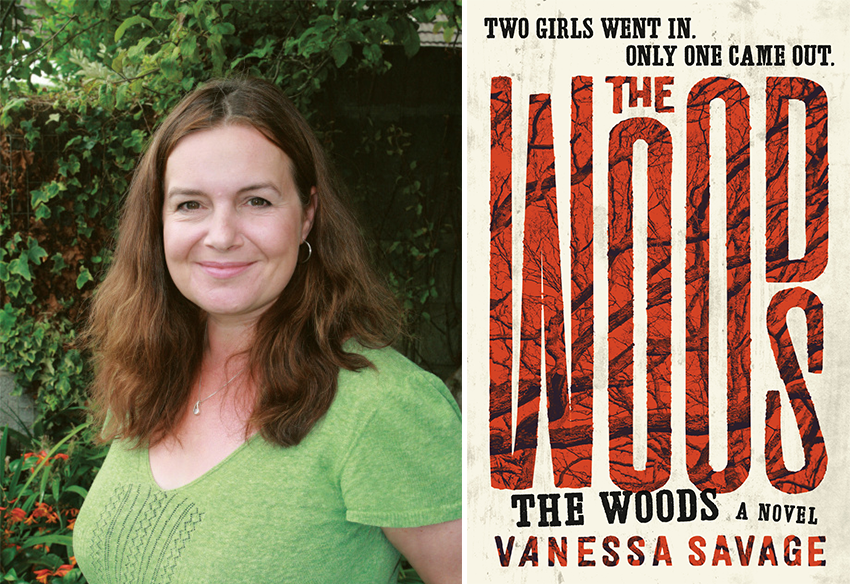 There’s a fairy tale that’s a strong motif in The Woods—a tale that my main character Tess doesn’t want to remember.

A fairy tale, the very name conjures up the image of a magical story that begins with once upon a time and ends happily ever after. But the fairy tale in my book is ever so much darker, and in the world of crime fiction, “Happy Ever After” is never guaranteed. But this is also true of so many of the original classic stories—not the Disney-fied, cleaned-up versions but the originals. If you read those stories in a different light, they could be taken as crime or horror stories, and there are so many classic tropes and story structures that carry through to crime fiction today.

There are no new stories, just different variations of the same classic tales.

A fairy tale is a folk tale, stories passed down through the generations, given their own twists and embellishments but the essence of the stories remaining the same. That’s why there are so many different versions of the same tale. There are no new stories, just different variations of the same classic tales. It’s the addition of the magical that makes them fairy tales—but take that element of magic out and what you’re often left with is a classic crime story.

Hans Christian Andersen and the Grimm brothers’ fairy tales are some of the most famous. But they were never intended for children, they were aimed at adults.

The Little Mermaid, for example—ah, a love story of mermaids and princes—but in the original tale, the little mermaid is given legs, but walking is agony and she has her tongue cut out. Instead of getting the prince and living happily ever after, she is rejected, and after he marries someone else, she hovers over him and his new wife one night, knife in hand, contemplating murder. Look at the story again with a crime writer’s cap on, and the Little Mermaid becomes an obsessive stalker, unheard, barely noticed by the prince. She saves his life, sure, and he’s grateful, but he owes her no more than that. She gives up everything for her obsession, and as he falls in love elsewhere, she becomes unhinged to the point of wanting to kill the man she claims to love… This is the perfect psychological thriller.

And so it goes on… Rapunzel is about child kidnapping, Cinderella about domestic slavery. Hansel and Gretel has a woman living in a forest who entices children into her house, keeps them prisoner, and then cooks and eats them. The Juniper Tree is lesser-known but is about a boy murdered by his stepmother, who goes on to blame her daughter for the murder before feeding the dead boy to his father. Fairy tale or crime?

A common theme in most fairy tales is that, by the end, the good characters are rewarded and the evil characters are punished. Even when the protagonists go through the most awful trauma—even when they’re eaten, tortured, or murdered—they’re brought back to life at the end by magical means. The baddies though, no miraculous resurrections for them. The moral to be learned? Crime doesn’t pay.

Crime fiction mostly follows the same lines. We read crime expecting the villains to get their comeuppance by the end. The criminals are caught by the intrepid detectives, the crime is solved, and justice is served. Perhaps in crime fiction, the investigators take the role given to magic in fairy stories. In The Juniper Tree, for example, the murdered boy’s bones are buried under a Juniper tree, and he is at first brought back as a bird who tells his tale until the crime is discovered and the stepmother punished. In crime fiction, that magical bird telling the tale of the crime would be the forensic evidence found on the bones of the victim. In the hands of expert forensics, they tell the tale of the crime in the evidence they provide. The detective is the magician, the fairy godmother, the mysterious wise man.

Perhaps one of the main differences between a fairy tale and crime fiction is in the “Happy Ever After.” The murder victims in crime fiction are not brought magically back to life. But as the restless dead, buried in an unmarked grave, maybe in being discovered, in the crime being uncovered and resolved, in the murderer being brought to justice, that brings its own kind of peace to the victim and those who loved them—the ever after beyond life. 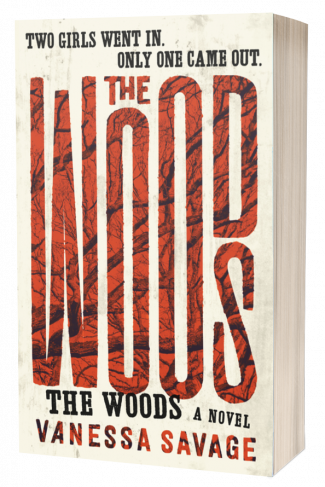 About The Woods by Vanessa Savage:

Two girls went down to the woods…
But only one came back.
There’s a lot from Tess’s childhood that she would rather forget. The family who moved next door and brought chaos to their quiet lives. The two girls who were murdered, their killer never found. But the only thing she can’t remember is the one thing she wishes she could.
Ten years ago, Tess’s older sister died. Ruled a tragic accident, the only witness was Tess herself, but she has never been able to remember what happened that night in the woods.
Now living in London, Tess has resolved to put the trauma behind her. But an emergency call from her father forces her back to the family home, back to where her sister’s body was found, and to the memories she thought were lost forever…
Filed Under: EssaysFairy TalesVanessa Savage

Vanessa Savage is a graphic designer and illustrator. She has twice been awarded a Writers’ Bursary by Literature Wales, most recently for A Woman in the Dark. She won the Myriad Editions First Crimes competition in 2016 and her work has been highly commended in the Yeovil International Fiction Prize, short listed for the Harry Bowling Prize, and the Caledonia Fiction Prize. She was longlisted for the Bath Novel Award.