On Injecting Humor Into a Story About Murder

April 26, 2021
Author Jesse Q. Sutanto explains her creative process and how she is able to make Dial A for Aunties a humorous novel about a serious subject. 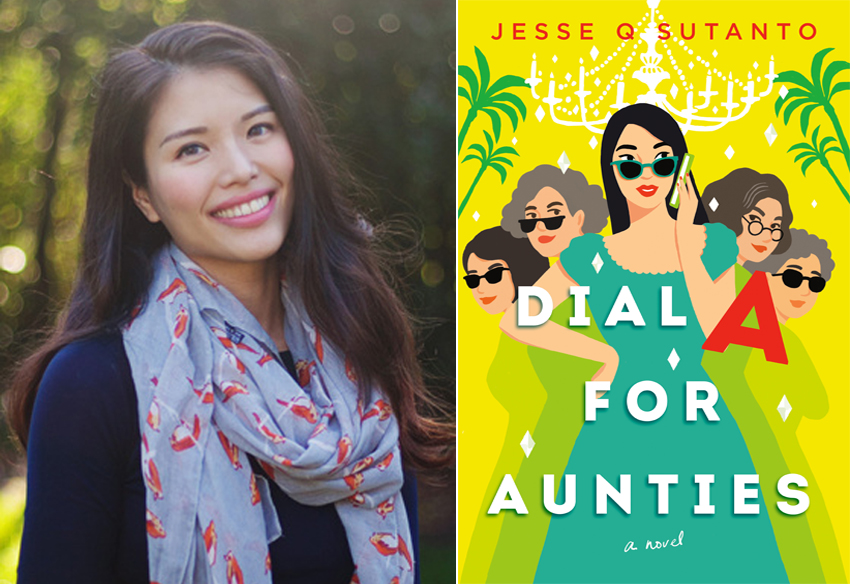 I started off my writing journey by writing dark YA suspense with a healthy (or unhealthy?) body count. The darker it was, the more I was attracted to it. My friends used to joke that I couldn’t write a single book without killing anyone, and the one time I did, I quickly followed up with a short story where I literally killed the entire human race. But for the longest time, the dark suspense books weren’t working, because as my critique partners pointed out, the tone of the books was all wrong. My characters were often too flippant, too casual about the murders that were taking place in the book. I tried to fix them, but that also felt wrong.

Then I decided, what the heck. I’m going to lean all the way in.

And thus Dial A For Aunties was born. For the first time, I wasn’t trying to stifle my natural voice—that tongue-in-cheek, humorous tone that’s all about finding the absurd laughs in a bad situation. The aunties in Dial A For Aunties are allowed to be as wacky as I want them to be, as long as I have my main character as the voice of reason. What’s funny is that I think I’m more like the aunties whereas Meddy, my main character, is more like my critique partners who keep reminding me to take murder (in books, that is) seriously.

Another fun thing about writing the book was giving the most unlikely characters (i.e. meddlesome aunties) a role that’s traditionally reserved for grizzled male characters (i.e. hiding a dead body). I think there’s something so playful about giving roles to unexpected characters and letting them run wild with it. The success of the story really depended on the aunties being, well, AUNTIES. They meddle, they bicker, they go for the pettiest jabs whenever possible, and above all, each one thinks she knows best.

When I first started writing suspense, I used to hold myself back by asking: “But is this believable?” This is an important question to ask once in a while, but overall, I’ve realized that what makes something believable isn’t so much what the thing is, but how it’s written. If I stopped and asked myself: “Is a bunch of aunties hiding a dead body at a billionaire’s wedding believable?” the answer would be a huge “No,” and the story would have never existed.

Instead, I asked myself: “What would make this totally absurd story work?” In my case, the answer was humor. Despite the plot being centered around murder, Dial A For Aunties isn’t meant to be a hard-boiled detective fiction where every detail needs to be realistic; it’s a wild ride designed to make my readers laugh and hope for a fairytale ending, despite the dead body. I would say Dial A For Aunties is similar-ish to Jane the Virgin, Heartbreakers, and Weekend and Bernie’s—all humorous stories with a strong romantic subplot that also happen to have murder/accidental death.

So if you’re interested in tackling a serious subject like murder with humor, my advice is: Lean in. Go all the way with the absurdity of the situation and dare to go to the silliest places with it.

Buy Dial A for Aunties here:

Filed Under: Dial A for AuntiesEssayJesse Q. Sutanto

I grew up going back and forth between Jakarta and Singapore and consider both places my homes. I was fortunate enough to do my Masters in Creative Writing at the University of Oxford, which is surely one of the most gorgeous places in the world. I am passionate about women's rights and diversity in publishing. I regularly do giveaways where I critique queries or the first few pages, and I am especially interested in helping writers from marginalized communities. If you are a writer from a marginalized community, do hit me up! I love hearing from other writers, even if it's just to say a quick hello.