August 21, 2020
For years, the story in suspense novels has been the same. Protagonists defeat their nemesis only to slowly ride off into a distant land to enjoy a quiet life. Now, Laura Griffin challenges that narrative, posing an interesting question: Can the good guy really fall off the grid in the digital age? 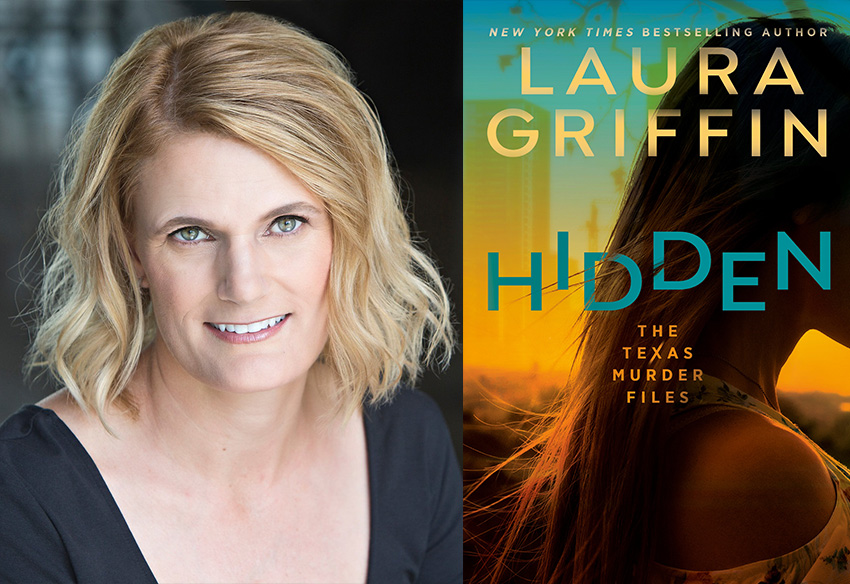 We see it all the time in suspense fiction. The good guy takes down the villain and does some variation of riding off into the sunset, such as setting sail in the Caribbean (The Firm), slipping quietly into Mexico (The Shawshank Redemption) or beginning a new life in obscurity (The Town). But in the digital age, are these storybook happy endings possible anymore?

We are in the midst of a national debate that pits people’s right to privacy against the ambitions of Big Tech. Many people talk about privacy as though it is a privilege. But what happens if privacy is a matter of life and death? In my new book Hidden, investigative reporter Bailey Rhoads sets out to answer the question.

The idea for Hidden came as I was interviewing a team of FBI cybercrime investigators for another project, and I started to understand just how easy it is to stalk someone online. I began to wonder, is it possible for anyone to “fall off the radar” in our digital age? The short answer is, probably not. But the challenges that prevent someone from going off the grid might surprise you.

The first issue is digital tracking. High-tech devices once relegated to James Bond movies have become commonplace, and everything from phones to laptop computers come equipped with the ability to read fingerprints and recognize faces. Many of these biometric records are stored in the cloud, where they could be vulnerable to hackers.

Another issue? Cameras are everywhere now, turning regular people into paparazzi and making it nearly impossible for celebrities—or anyone whose face has been in the news—to live a life of obscurity. A dizzying number of smartphone pics end up on social media. If you are an investigator, either on the right side or the wrong side of justice, then social media platforms such as Facebook, Instagram, and Twitter provide plenty of digital clues to follow.

Another mounting challenge to people’s privacy is facial recognition technology, which has exploded in recent years. Government agencies are using surveillance cameras, drones, and police body cameras to locate and identify individuals based on not only criminal mug shots, but driver’s license and passport photos. And it isn’t just Big Brother looking to match a name to a face. Private companies do it too, for sales and marketing purposes. Even sports teams are getting into the game, according to The Wall Street Journal, with baseball and soccer teams in New York and Los Angeles making plans to use facial recognition technology in stadiums.

So, what does all this mean for someone on the run from the law, or the mafia, or a vengeful ex? Well, for starters, it may not be wise to show up at a game for your favorite sports team. The combination of advancements in facial recognition technology and artificial intelligence could make it possible for a computer to pick you out of a crowd.

But the most difficult challenge for anyone who wants to fall off the radar is something ironically low-tech: people are creatures of habit. And, as the saying goes, old habits die hard.

For many people, those well-ingrained habits include holding a device in their hand to surf favorite web sites, follow favorite personalities, and check in with friends (or frenemies) on social media. Even if someone is simply lurking and voyeuristically observing their former life, they are leaving behind clues that a skilled investigator—whether acting on good motives or bad—can find.

So for fiction writers and our clever protagonists, it may be time for a new kind of happy ending, one that doesn’t leave behind digital footprints. How does it work, exactly? I look forward to reading the next crop of books from my favorite suspense authors to find out. 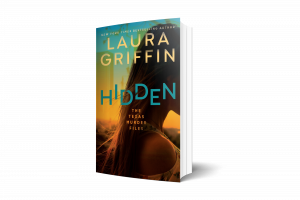 About Hidden by Laura Griffin:

When a woman is found brutally murdered on Austin’s lakeside hike-and-bike trail, investigative reporter Bailey Rhoads turns up on the scene demanding access and answers. She tries to pry information out of the lead detective, Jacob Merritt. But this case is unlike any he’s ever seen, and nothing adds up. With the pressure building, Jacob knows the last thing he needs is a romantic entanglement, but he can’t convince himself to stay away from Bailey.

Bailey has a hunch that the victim wasn’t who she claimed to be and believes this mugging-turned-murder could have been a targeted hit. When she digs deeper, the trail leads her to a high-tech fortress on the outskirts of Austin, where researchers are pushing the boundaries of a cutting-edge technology that could be deadly in the wrong hands.

As a ruthless hit man’s mission becomes clear, Bailey and Jacob join together in a desperate search to locate the next target before the clock ticks down in this lethal game of hide-and-seek.

Laura Griffin is the New York Times and USA Today bestselling author of more than twenty-five books and novellas. Her new release Hidden features an investigative reporter on the trail of a ruthless killer who is using advances in technology to carry out a string of bizarre murders. Laura got her start in journalism before venturing into the world of suspense fiction. She lives in Austin, Texas. 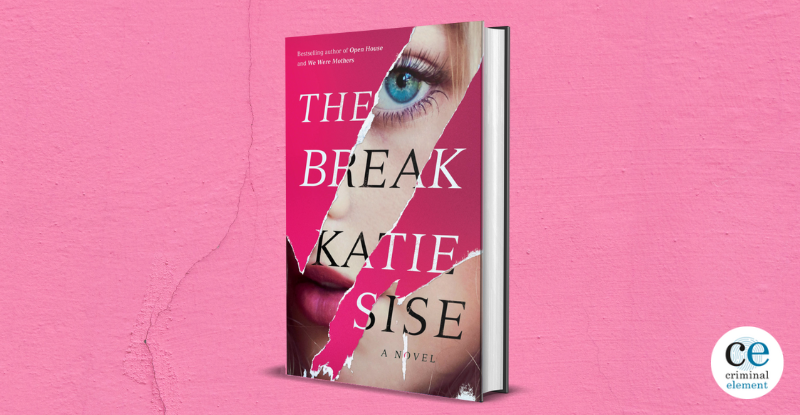