It's been over 20 years since Max Allan Collins returned to his character Nolan, the master thief. But come November 2020, that wait is over. 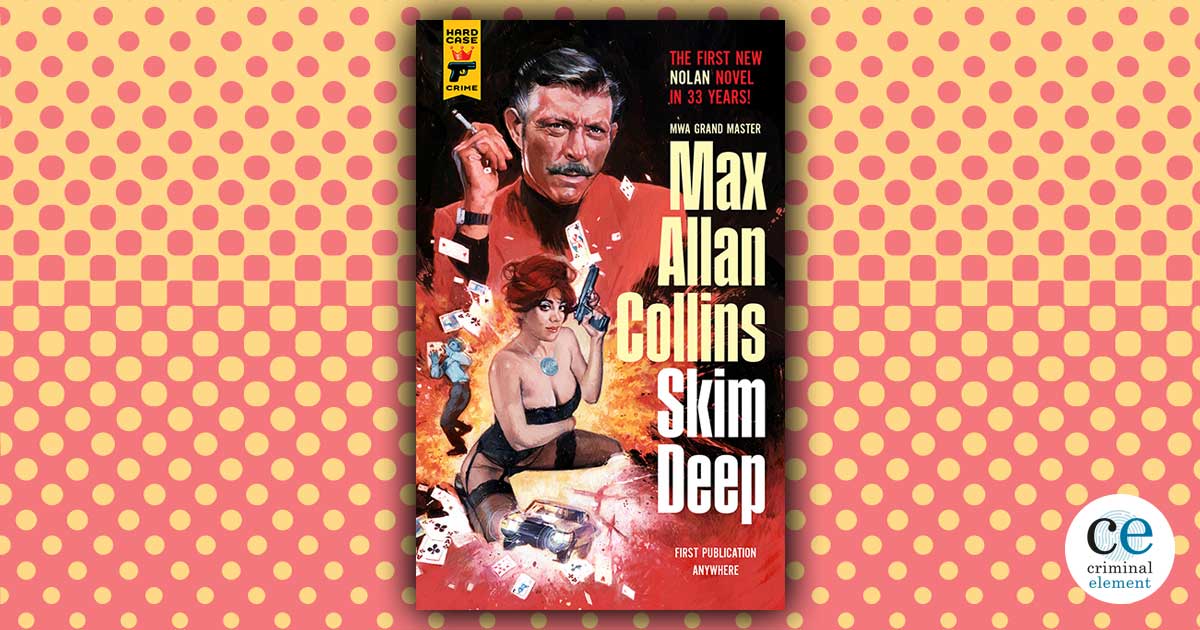 Years before Max Allan Collins wrote Road to Perdition—the eponymous source for the Oscar-winning movie starring Tom Hanks, Paul Newman, and Jude Law—before his Quarry novels were turned into a Cinemax original series, before Collins was named a Grand Master by the Mystery Writers of America or took over writing the Mike Hammer novels from the late Mickey Spillane, he wrote a series of books about a veteran thief named Nolan. Seven Nolan novels appeared between 1981 and 1987—but since then, other than an unearthed early manuscript dating back to the author’s college days, the master heist artist hasn’t been seen.

That long hiatus ends on November 10, when Nolan returns in his first new novel in 33 years: Skim Deep, published in eye-catching paperback from Hard Case Crime. The one-time world-class thief—now happily gone straight—whisks his longtime lover Sherry off to Vegas for a trip to a wedding chapel and a honeymoon stay. But when Nolan’s past catches up with him on the floor of a Mob-connected casino, it’s going to take all of Nolan’s survival instincts—and the help of his old friend and frequent accomplice, Jon—to keep his wedding bells from tolling a funeral march…

Following the publication of Skim Deep in November, Hard Case Crime will publish new editions of all the earlier Nolan novels, with two novels collected in each of four double-length volumes: Two for the Money and Double Down in 2021, Tough Tender in 2022, and Mad Money in 2023. 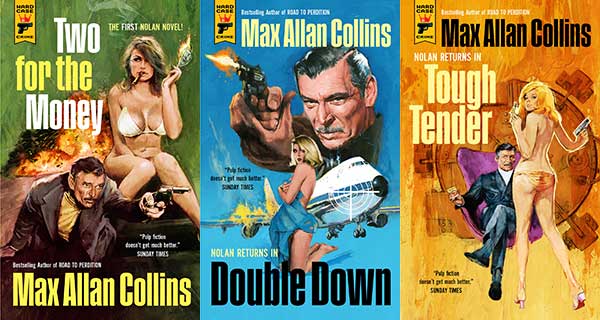 “The Nolan novels are some of the best pulp fiction ever written,” said Hard Case Crime founder and editor Charles Ardai. “Smart, hard-boiled, emotionally satisfying, funny—they’re just great, great reads. We’re thrilled to be bringing them back for a new generation of readers to discover.”

The new editions will all feature painted covers by UK-based artist Mark Eastbrook, inspired by the look of classic crime movie posters.

Are Snakes Necessary? by Brian De Palma and Susan Lehman is a new Hard Case Crime thriller with three disparate threads propelling the fast-paced plot towards its explosive ending. Full disclosure: Brian De Palma is one of my favorite filmmakers ever, someone whose films I’ve been watching since I saw Carrie in 1976 as a…