A peaceful rest does not await us all... Especially if you're English royalty. 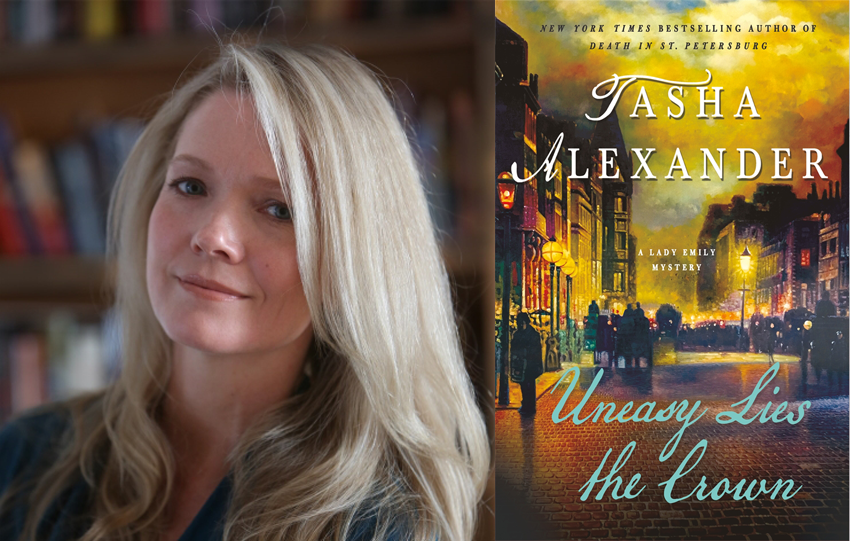 …let us sit upon the ground

And tell sad stories of the death of kings;

How some have been deposed; some slain in war,

Some haunted by the ghosts they have deposed;

Some poison’d by their wives: some sleeping kill’d;

People everywhere—even those with little interest in history—were captivated in 2012 when Richard III’s remains were found beneath a parking lot in Leicester. Until then, Richard, killed at the Battle of Bosworth Field in 1485, was the only English king with an altogether unknown grave. He was not, however, the only monarch to have died a terrible death or suffered the indignity of an ignoble burial.

Read More on The History Reader: Tasha Alexander on the Death of Kings!

Take Catherine de Valois, Henry V’s wife and queen. She outlived her husband and was interred—initially—in the Lady chapel in Westminster Abbey. Years later, Henry VII, deciding he wanted a better Lady chapel, ordered the old one dismantled, and in the course of the demolition and new construction, his grandmother’s body was moved nearer to her husband’s. Although Henry VII made it clear he wanted the remains treated with respect, Catherine wound up in an open coffin, her mummified body on display for visitors to the abbey. In 1669, Samuel Pepys recorded in his famous diary having kissed her:

…here we did see, by particular favour, the body of Queen Katherine of Valois, and had her upper part of her body in my hands. And I did kiss her mouth, reflecting upon it that I did kiss a Queen, and that this was my birthday, 36 years old, that I did first kiss a Queen.

Not exactly what one expects for a queen.

The corpse of Charles I suffered its own share of indignities. After years of civil war, Cromwell’s victory at Preston in 1648 spelled the end of Charles’ reign. The king stood trial for treason, was executed on January 30, 1649, at Whitehall, and was interred in the royal vault at Windsor, next to Henry VIII. The space, originally intended for Catherine Parr, was vacant as she was buried elsewhere. The tomb lay undisturbed until 1813 when workmen unintentionally breached the vault. Perhaps unwilling to give in to morbid curiosity, the Prince Regent and a royal physician, Sir Henry Halford, took a close look at the king’s remains, admiring Charles’ well-groomed beard. Sir Henry left with a grisly souvenir: the king’s vertebra that had been sliced through by the executioner’s axe. He had it converted into a salt cellar.

Henry VIII lost something at the same time. One of his finger bones disappeared, only to turn up later as a knife handle.

Even in our modern era, we have seen controversy over the death of a king. George V, after struggling will chronic illness, in 1936 succumbed not to disease, but to an injection of morphine and cocaine. His physician, Lord Dawson, wrote in his notes that he acted on the orders of Queen Mary and the Prince of Wales. But some question this. In 1986, when the story first came out, the publisher of Burke’s Peerage told the New York Times “Religion and duty ruled (Queen Mary’s) life. She did not marry for love but for duty and went to church several times a week. Ordinary pleasures played no part in her life as she did not believe in the easing of life, even in death.”

Officially, George’s died of natural causes, and the world was told his final words were How is the Empire?

But according to Lord Dawson’s notes, the king said something else before he died: God damn you. The royal physician may have believed himself on a mission of mercy, but it seems his patient did not agree.

Tasha Alexander, the daughter of two philosophy professors, studied English Literature and Medieval History at the University of Notre Dame. She and her husband, novelist Andrew Grant, live on a ranch in southeastern Wyoming. She is the author of the long-running Lady Emily Series as well as the novel Elizabeth: The Golden Age.

Book Review: In the Shadow of Vesuvius by Tasha Alexander

1902, Italy. Our heroine, Lady Emily Hargreaves, is visiting the ruins of Pompeii in the company of her husband, Colin, and her dear friend, Ivy Brandon, when Ivy notes that one of the plaster casts of corpses felled in the ancient eruption sports surprisingly modern sideburns. Colin, being no stranger to investigating acts of foul…