February 7, 2020
Join Teresa Sorkin, co-author of the novel The Woman in the Park, as she discusses nine thrillers that kept her guessing until the end. 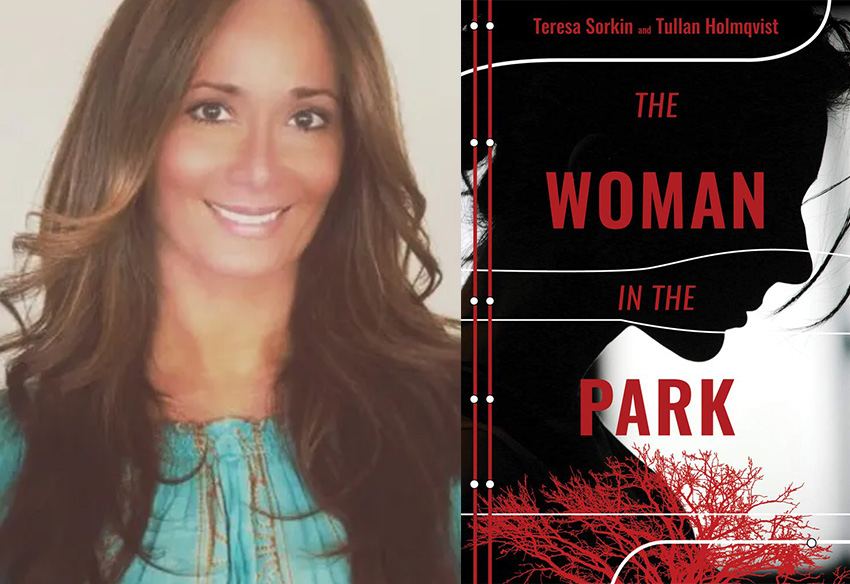 We all know that moment, when you get to the last act of an insanely readable thriller and then the rug is pulled out from under you! The plot twist revealed. It is that moment that turns the story completely on its head and makes you question everything. The moment in a novel that makes you go “Whoa, I did not see that coming.” It’s that satisfying moment that propels you to want to reread the book and try to pick up on clues and red herrings that you missed the first time. These are the novels that inspire me to write. The twists and turns that makes any thriller exciting. In Woman In The Park we made sure that our twists were original and surprising. We want the reader to question everything and be on a journey along with our protagonist. While writing our novel which is a psychological thriller about a woman who is accused in a missing persons case after she meets a mysterious stranger in the Park we drew upon lots of inspiration. Here are some of those novels that kept me guessing until the very end until that final delicious twist. 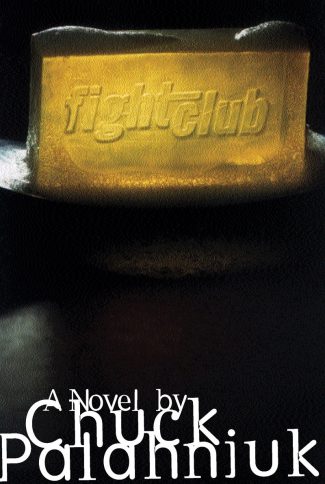 The protagonist, an insomniac who is questioning life attends cancer support groups in order to get perspective on his own life. Death becomes his obsession and the fight club is born. With rules to guide them, males across the country fight against each other recreationally in these clubs.
Rule no. 1 ‘You don’t talk about the fight club’, but it does not mean you cannot read about it. With political undertones influencing male identity and violence, this genius of a deeply cynical and satirical thriller will get your blood rushing. 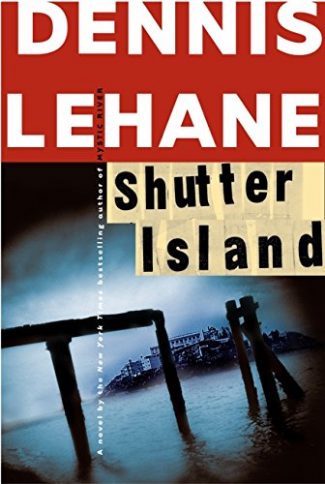 A US Marshall and his partner set off to ‘Shutter Island’ to visit a hospital for the criminally insane where they are given the task of searching for a missing dangerous patient. Soon enough, we realize that things are awry more than we can imagine and are not what they seem.
This dark mesmerizing thriller will stay with you long after its shocking ending. Those last pages are chillingly haunting. 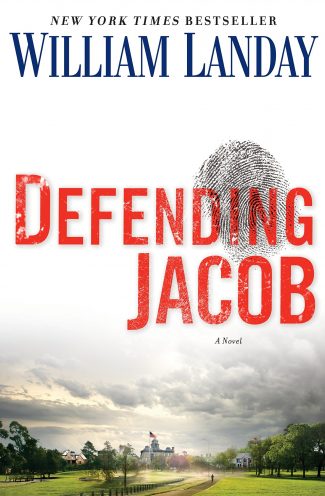 A family is in crisis after, their son Jacob is suspected of murdering a classmate. A lawyer, his father does everything he can to clear his son and family name. This is one of those books that stays with you long after you have finished it. Can’t wait to see the series on Apple TV with Chris Evans who plays the father in this emotional and suspenseful tale. 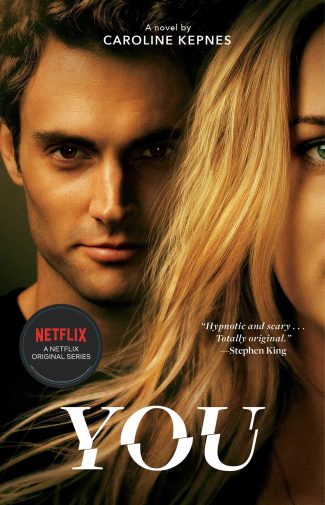 You explores the story of Joe as he cyber-stalks Guinevere — and uses his knowledge to become her version of the perfect boyfriend. It will make you think twice before posting anything ever again about yourself. I loved this book as it turned all I knew about villains on its head. The plot twist here is reading a story while in the head of a possible serial killer. Well done. This kept me turning pages. 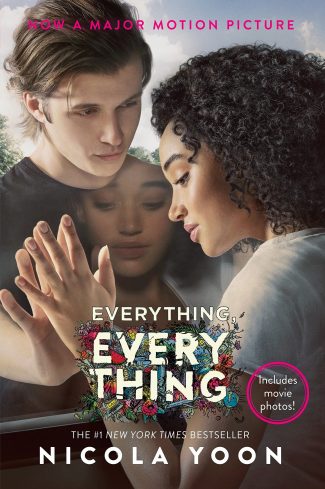 Everything, Everything by Nicola Yoon

Everything, Everything is the story of Madeline Whittier – a teenager with the incredibly unfortunate affliction of being allergic to the World. Madeline has to be kept in a protective bubble to protect her from the outside atmosphere and has never stepped foot outside in seventeen years. But, she does have access to the internet, and this is how she meets Olly, the boy who has just moved in next door. As a relationship develops between the two, Madeline wants more from life than the white walls that have always protected her. But what happens in this story takes us to a different place where the reader realizes things are not exactly what we think. 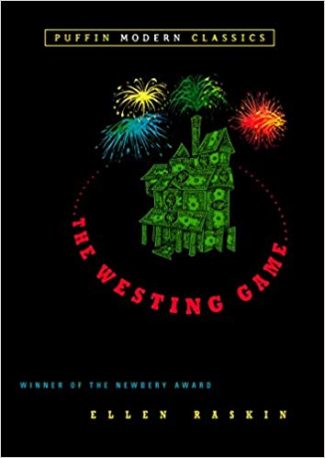 The Westing Game by Ellen Raskin

I love books that center around a game. This one is about sixteen unlikely candidates to play a game. I read this one as a kid and recall just how surprised and delighted I was. So, I decided to reread with my daughter who loved it as much as I did. The Westing Game is a classic – I love the mysterious nature of the game. A true page turner in every sense of the word. 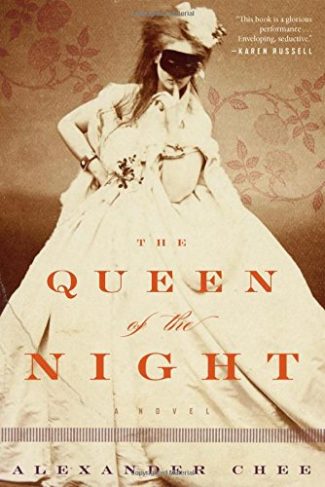 The Queen of the Night by Alexander Chee

A brilliant story about a legendary soprano who is thrilled when she gets the role of a lifetime. But when she realizes that the opera is based on a hidden piece of her past, she immediately must figure out who betrayed her: one is dead, one loves her, one wants to own her. And one, she hopes, never thinks of her at all. —from the publisher
Such an original tale with twists around every bend. A different sort of thriller. 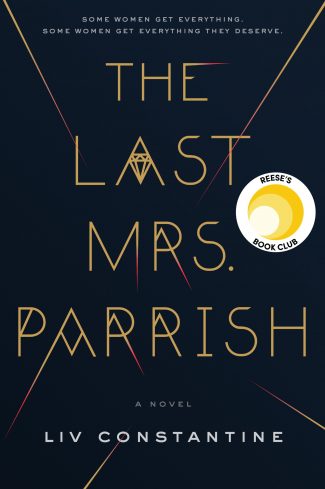 This was a guilty pleasure. A soapy melodrama about a woman who sets her eyes on her dream husband. She will do all it takes to steal him from the first Mrs. Parrish. Be careful what you wish for in this twisty bestseller. I loved the mid-story turn. Did not see it coming. Bravo Ladies. 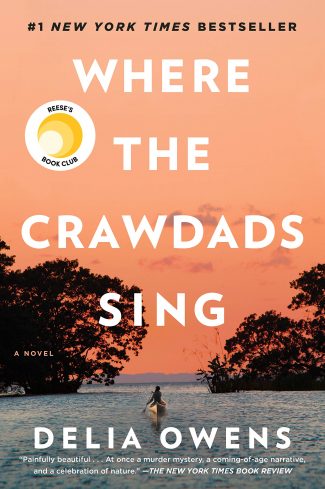 Where the Crawdads Sing by Delia Owens

This novel that became an instant bestseller was one of my favorites last year. The story of a girl who grew up in the marsh was thrilling in and of itself, throw a murder in the mix and this one has the makings of an instant classic thriller. Twists are subtle in this saga but completely compelling and haunting. 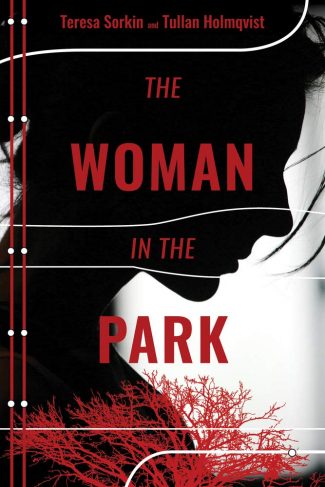 About The Woman in the Park by Teresa Sorkin and Tullan Holmqvist:

When Manhattanite Sarah Rock meets a mysterious and handsome stranger in the park, she is drawn to him. Sarah wants to get away from her daily routine, her cheating husband and his crazy mistress, her frequent sessions with her heartless therapist, and her moody children.

But nothing is as it seems. Her life begins to unravel when a woman from the park goes missing and Sarah becomes the prime suspect in the woman’s disappearance. Her lover is nowhere to be found, her husband is suspicious of her, and her therapist is talking to the police.

With no one to trust, Sarah must face her inner demons and uncover the truth to prove her innocence.

A thriller that questions what is real-with its shocking twists, secrets, and lies—The Woman in the Park will leave readers breathless.

Teresa Sorkin is a storyteller. Her passion is for telling, writing and producing stories. She is one of the founders of Roman Way Productions which currently has 32 projects in development, including television and film scripts and ideas. Her first novel Woman in the Park, is a psychological thriller that she co-authored with Tullan Holmqvist.