My relationship to one of Manhattan's most strangely haunted houses is a complex one that goes back to my first year in New York City, eleven years ago.

I was on a meandering, wandering research quest, noting the locations of some of New York's most renowned haunted places as background for one of my many ghostly tales, when I passed by the black portico ‎and sunken entrance of 14 West 10th Street in Greenwich Village.

Tucked within a famed high-end real-estate area where most of the gorgeous townhouses have stately stoops climbing to glorious first floors, 14 descends down below the sidewalk before you—as does the energy of the building, dropping off sharply. Just walking by it gave me a sinking, troubled, pressed, and fraught sense; the sense that the building is, in and of itself, a distinctly negative presence and that something is deeply wrong there. A Manhattan version of Amityville, perhaps. I knew it had been on New York's most haunted list, but I had to dig deeper. It's got far more to it than just one haunting to its name.

Built in the 1850‎s—and for one year serving as the residence of Mark Twain (with an exterior plaque to commemorate it)—the exact source of this trouble has long been examined without any conclusive determinations, only spectral obfuscation. One psychic report turned up a woman in grey with a grey cat, who said everything was fine. In the 1930s, a resident claimed to have seen the ghost of a man who went by Clemens (Twain's real last name) at the base of a stairwell saying there was a score there that needed to be settled.

The once single family home, now subdivided into apartments, has been analyzed by psychic entourages under the famed reins of Hanz Holzer, explored in ghost story compilations, and discussed in great detail by actress and sensitive Jan Bryant Bartell in her memoir Spindrift. In her book, Bartell recounts many different theories and stories of strange goings on, her own psychic investigations, shares a long line of disturbances and black shadows passing through walls, reports of pet maladies, madness and death, and innumerable illnesses of tenants in oddly high numbers as she was documenting the building during the 1970s. The turn-over rate was high too, and Bartell herself didn't live long after leaving the building.

Caretakers have stated the building is cursed.  As a capstone horror, in 1980, Joel Steinberg—a lawyer and supposedly stand-up kind of guy until moving into that address—beat his adopted daughter to death and is still serving time for that crime today. Friends were rumored to have said a drastic change in him happened after moving in. It resonates like The Shining.

The dread I felt when first passing the place led me to utilize the site as a place of tragedy ‎in a draft of a novel that won't see the light of day. I was admittedly freaked out when I'd invented a particular detail about the loss of a child that I later saw mirrored in almost exact fashion in one of the psychic readings of the address, an account I came across after I'd placed that detail in my manuscript. While I walked away from that manuscript, I knew the address would come back to haunt me—it left too profound and unsettling an effect on me not to.

When I needed a locale for the inciting incident of horrific tragedy in The Eterna Files, I knew exactly what building I'd use. I describe the street and exterior of 14 W. 10th in great detail, going into the specific oppressive sense I get from the facade and worn bricks, but I use imagination and period details for the interior. Yes, I've been asked if I would go in. No, I would not. I refuse too-close encounters with spaces that are unmistakably troubled. But, the place makes a return appearance in my new Eterna and Omega in a way that's suitably creepy.

As a ghost tour guide ‎with Boroughs of the Dead, this building is a stop on some of our tours, and I don't hold back in sharing my personal experiences and opinions about the energy of the place from the outside, across the sidewalk. That place knows I don't like or trust it. It doesn't like me. There's an uneasy truce, and I continue to, on principle, avoid any extended interaction with places or people that have profoundly negative or unwelcome energies.

But, it doesn't mean my characters are immune from my putting them through quite the ringer in my ghost-filled, Gothic tales of dark deeds and the heroes who struggle towards the light.

Like all deeply haunted spaces, questions about 14 will always remain and accounts will vary, but I love working with the paranormal because the possibilities are endless. Although, one thing is certain, the place gives me the unequivocal creeps, and writing about it as a place to be avoided helps exorcise those lingering tendrils of  trouble. 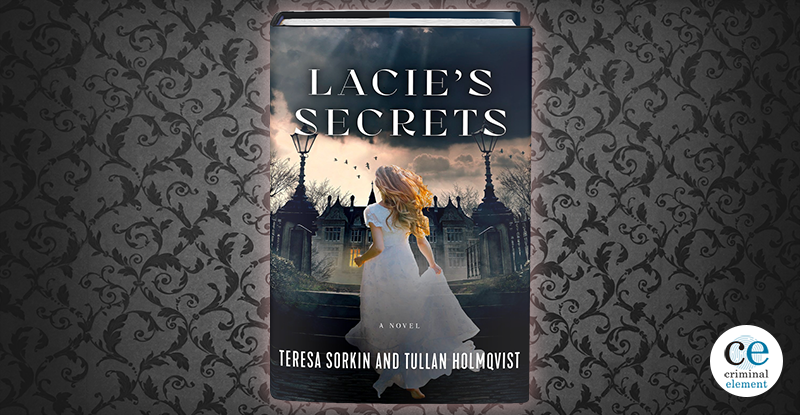