April 28, 2020
Max Allan Collins, bestselling author of The Road to Perdition, the Nate Heller novels, and most recently the latest Mike Hammer novel from Titan Books, Masquerade for Murder, visits the site to share his top 5 favorite private eyes from the genre. 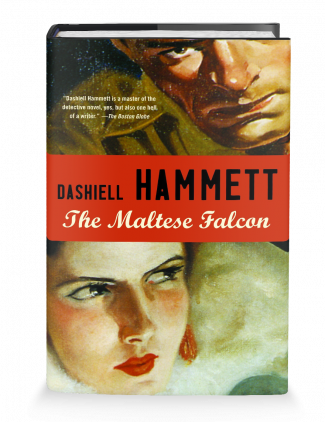 Appearing in one novel and a handful of short stories, Dashiell Hammett’s dream private eye—“he is what most of the detectives I worked with would liked to have been”—remains the prototype. As good as Hammett’s Continental Op stories are, their nameless narrator lacks the charisma and iconic appeal that Spade engenders, even without the hovering ghost of Humphrey Bogart.

Hammett in just five novels essentially defined the crime novel. Red Harvest paves the way for Mickey Spillane while from The Dain Curse flows both Raymond Chandler and Ross MacDonald. The Glass Key presents an underworld character as protagonist, setting the stage for Elmore Leonard. The Thin Man features a romantic, wisecracking couple at is center, with scores of books, TV series, and movies following the pattern.

The Maltese Falcon sets up every major convention of the private eye genre, from the tough private eye with his own code to the femme fatale who tests that code, from the secretary in love with her boss to the cop pal (and cop adversary). It’s all there—it would be a sea of cliches if he wasn’t creating all of it. 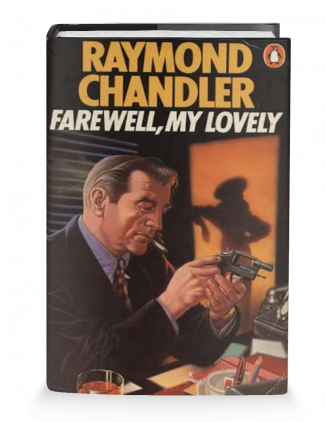 Chandler’s plotting was at best haphazard. The difficulty of figuring out who did what to whom and why is a running gag that (legitimately) follows The Big Sleep around. But Marlowe himself is the thing. Where Spade was cold, even aloof, Marlowe is a warm, American everyman with charm and style and a way with words (and the ladies). Yet he’s no average guy—for one thing, he’s named after a poet; and for another, he’s a slightly tarnished knight who plays chess. Philip Marlowe is rivaled only by Huck Finn for greatest narrative voice in American literature. My favorite Chandler: Farewell, My Lovely. 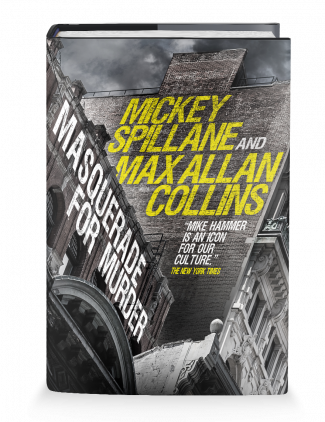 Spillane’s randy, violent private eye offended the right (Hammer was a libertine!) and the left (Hammer was a fascist!). Nobody liked Spillane’s stuff except millions of readers. His popularity paved the way for paperback originals (even though he himself was published in hardcover) and suddenly tough guys actually had sex with the girls on the covers of their books. Philip Marlowe never slept with a female until Spillane gave him pop-cultural permission. Yet the Hammer experience is—like Marlowe—mostly about voice, about pulp poetry. Very different from Chandler, but just as compelling. Mickey knew that World War II—Hammer’s war—had changed and even damaged the guys who came home. That loss of innocence was the secret of Spillane’s success. My favorite: One Lonely Night. My most recent Hammer novel utilizing material from Mickey’s files: Masquerade for Murder. 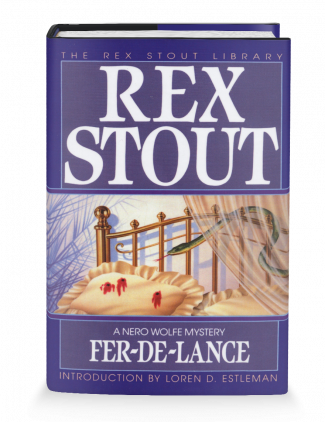 Perhaps I should include Nero Wolfe, as Archie and Wolfe are of course a team. But the books are first-person, and as amusing and interesting Wolfe is, it’s Archie’s voice that carries perhaps the most endlessly re-readable mystery series of all time. Archie represents two sides of author Rex Stout—a down-to-earth guy you wanna have a beer with (or maybe glass of milk), and a brilliant, opinionated curmudgeon. So Stout may in a sense be simply be talking to himself. But the humorous intricacy of Wolfe’s dialogue and Archie’s witty first-person voice are just so much damn fun. The mysteries are compelling enough to hold your attention, and  trivial enough that you don’t remember them when you revisit. Of course, Stout had a stroke of genius in combining the two forms of detective fiction, in the armchair Wolfe and the classic private eye Archie. 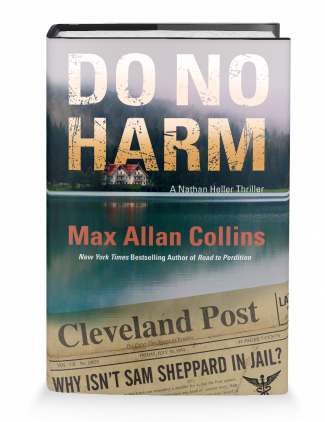 Yes, I am including my own private eye. Consider it product placement. I like Nate as a character—he’s good company. From the late twenties through the 1980s, Heller works out of Chicago, and later has offices in L.A. and New York, taking on many of the major unsolved (or controversially “solved”) crimes of the twentieth century. With Heller I have tried to take the cliches of the P.I. genre and dig for the truth behind them. The concept came from re-reading The Maltese Falcon and glancing at its copyright—1929. The private eye as a literary figure had been around long enough to exist in history! So instead of Philip Marlowe meeting an Al Capone-type, Al Capone could meet a Philip Marlowe type. The approach has been to research each crime or mystery as if I were preparing to write the definitive non-fiction work on the subject…and then writing a private eye novel instead. My recently published Do No Harm finds Heller dealing with the Sam Sheppard murder case, thought to be the inspiration for The Fugitive TV series.

Q&A with Max Allan Collins on Masquerade for Murder 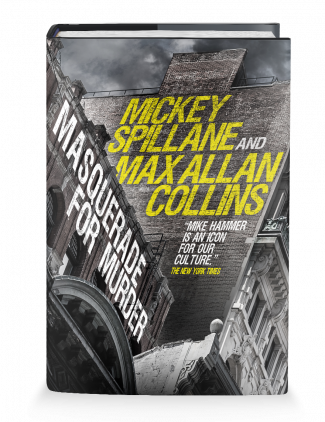 About Masquerade for Murder by Mickey Spillane and Max Allan Collins:

After Mike Hammer witnesses Wall Street superstar Vincent Colby getting clipped by a speeding red Ferrari, the shaken victim’s stockbroker father hires Hammer to find the driver. But the toughest private eye of them all soon is caught up in a series of bizarre, seemingly unconnected slayings marked by a forbidden martial arts technique.

What do a lovely redhead, a short-tempered bartender, an exotic call girl, a murdered police inspector and a movie stuntman have to do with a scheme that might have transformed young Colby into a psychological time bomb?