My Favorite Crime Novels and Movies 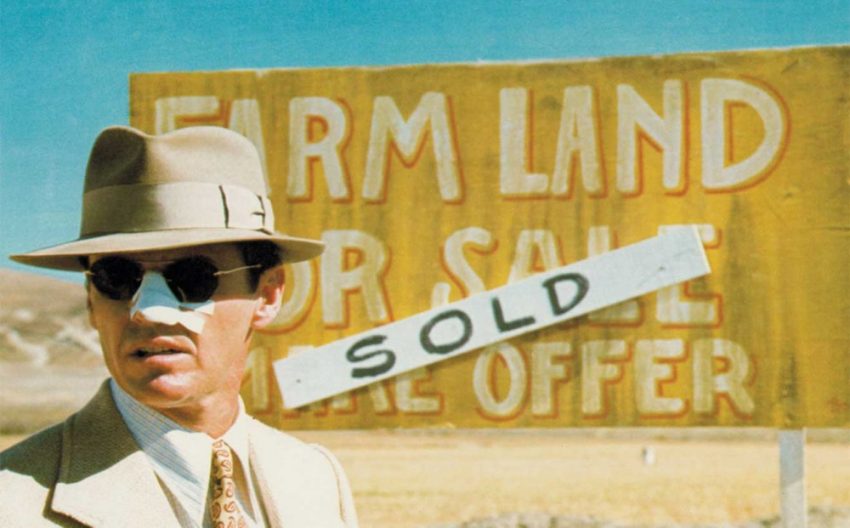 It seems like every time I make a list of my favorite crime novels and movies, it gets longer. The longer you live, the longer it gets! I added another movie to my list just last week—more on that in a short moment.

The first serious crime stories I read were the short stories of Edgar Alan Poe. This would have been in the early ‘60s when I was in grade and middle school. See, we had this nice big bookshelf in our suburban Southern California home, and mom and dad told me TV “will rot your brain,” so we had a strict TV curfew but unlimited use of the bookshelf. We could even stay up past bed time if we were reading!

In 1971, I got seriously spooked by Dirty Harry. I was sixteen and thought I was cool, watching it at a drive-in with my best friend, Jim. I might have been cool, but I was scared too. I thought Scorpio was the baddest man I’d ever run across in books and movies. And what got to me most was how believable the whole thing was. San Francisco would never look the same to me.

One short year later, I saw The Godfather, which is my favorite crime movie ever. I believe in America. I was a senior in high school. I saw it ten or twelve times during its first run, thanks to the Orange Mall Cinema’s half-price matinees. I took my girlfriend, my guy friends, my brother, sister, and mom. I got lost in the music and the characters, the painterly Coppola compositions and the sudden, jaw-dropping violence. I used to rasp up my voice and quote Vito Corleone lines to myself. I loved those lines. Still do.

Two years after that came Chinatown, which was disturbing and sad and moving in ways I’d never been moved before. If Scorpio’s psychopathy had seriously unnerved me, then Noah Cross’s ungoverned appetites made me wonder about human nature itself. How could a man do that to his own daughter? Then to hers? Polanski taught me that evil didn’t always need a gun to win.

I’ve got other crime movies in my pantheon too. There’s Psycho, The Conversation, The Godfather II, Taxi Driver, Thief, Pulp Fiction, Manhunter, The Silence of the Lambs, and Donny Brasco. And don’t forget Fargo, No Country for Old Men, The Dark Knight, and The Hateful Eight. Within the last couple of months, Get Out and Baby Driver have jumped onto my list.

One thing you notice when listing your favorite crime movies (loosely defined) is how many good ones have been made. And guess what—look how many of the coming attractions are crime movies—more favorites on the way!

A few of my favorite crime movies are based on my favorite crime novels—The Godfather by Mario Puzo, Red Dragon (re-named Manhunter for the original Michael Mann movie), The Silence of the Lambs by Thomas Harris, and No Country for Old Men and Child of God by Cormac McCarthy. My favorite crime novels (again, “crime novel” being loosely defined) also include Crime and Punishment by Fyodor Dostoyevsky, The Confidential Agent by Graham Greene, The Postman Always Rings Twice by James M. Cain, The Big Sleep and The Long Goodbye by Raymond Chandler (heck, anything by Raymond Chandler), all of Ian Fleming’s Bond novels, One Fearful Yellow Eye and Cape Fear by John D. MacDonald, The New Centurions by Joseph Wambaugh, The Little Drummer Girl by John LeCarre (anything by him too), The Eye of the Needle by Ken Follett, Gorky Park by Martin Cruz Smith, First Blood by David Morrell, Tough Guys Don’t Dance by Norman Mailer, True Confessions by John Gregory Dunne (my numero uno favorite single crime novel of all time), Cat Chaser by Elmore Leonard (okay, anything by Elmore Leonard), Metzger’s Dog by Thomas Perry, The Death of the Detective by Mark Smith, Between Heaven and Here by Susan Straight, The Goldfinch by Donna Tartt, and The Power of the Dog by Don Winslow.

If it sounds like I could go on and on, I could. That’s how much fine crime writing has come bobbing down the beautiful rivers of language. And I should add that I’ve always felt honored to be a small part of that flotilla, bouncing along in my own little kayak on those waters.

T. Jefferson Parker is the author of numerous novels and short stories, the winner of three Edgar Awards, and the recipient of a Los Angeles Times Book Prize for best mystery. Before becoming a full-time novelist, he was an award-winning reporter. He lives in Fallbrook, California, and can be found at tjeffersonparker.com.