September 17, 2021
Kendare Blake is the author of the new YA novel All These Bodies, a story about an accused girl found at the scene of a multiple murder and the aspiring journalist she chooses to hear her confession. It was inspired in part by the 11-victim murder spree committed by Charles Starkweather and his fourteen-year-old girlfriend Caril Ann Fugate, and also by the murders of the Clutter family in Holcomb, Kansas, perpetrated by Dick Hickock and Perry Smith. Join Kendare as she runs down five films that were inspired by the same crimes.

In December 1957 and January 1958, nineteen-year-old Charlie Starkweather embarked on a killing spree through Nebraska and Wyoming. Most of the murders took place in just over a week, an eight-day rampage of shootings and stabbings that confounded authorities and terrorized the general public. With his even younger girlfriend in tow, Charlie killed eleven people, their ages ranging from a man of seventy to a child, aged two. To the papers he became a James Dean stand-in, a rebel, and he and Caril shot their way through the Midwest all the way to infamy, a 1950s Bonnie and Clyde.

Just over a year later, in November 1959, Richard “Dick” Hickock and Perry Smith invaded the home of the Clutter family in the small town of Holcomb, Kansas, and murdered everyone inside: both parents, and their teenaged daughter, and son.

These late 50s murders held the nation transfixed, and over the years the crimes have continued to inspire creators in books, film, and television. Teenaged killers on the rampage? An innocent family killed? Those are the kinds of headlines that beg to be adapted.  So if you’re morbid like me and need something “murdery” to watch but with a quaint 1950s feel, here is a list of five films that explore the murders, and the media coverage of the murders, to a very effective degree.

What I remember most from this is the performance of a young Fairuza Balk. She played the Caril Ann Fugate role, and she played the hell out of it, shifting from fearful innocence to defensive bad girl in the blink of an eye. Tim Roth made for a rather dour, and earnest Charlie Starkweather, and the violence was toned down for the small screen, but still, a fascinating and true-to-the-case depiction of the eight days of terror, and the trials that followed.

The style is perhaps a little dated for modern movie-goers, but still a worthwhile watch, Badlands is a fictionalized account of the murder spree, clearly inspired by Starkweather and Fugate but starring Martin Sheen as a charismatic teen ne’er do well named Kit, and Sissy Spacek as his naïve, along-for-the-ride girlfriend, Holly. Spacek’s muted performance and soulful voiceovers lend the film a dreamlike feel, and those familiar with Starkweather will recognize several of Sheen’s lines taken straight from the horse’s mouth.

Not explicitly based on the Starkweather/Fugate crimes, but elements of them were certainly incorporated into Quentin Tarantino’s original script. White trash lovers on a multi-state killing spree after the murder of her parents—it fits. The film is also an exploration of the media and the public’s fascination with violent crimes. It features solid performances by Woody Harrelson and Robert Downey Jr, but in my mind, Juliette Lewis is the standout, whose Mallory Knox manages to run the gamut of female archetypes, from ingenue to mother, wild-child to violent psychotic.

Admittedly, this film is less about the murders and the murderers than it is about Truman Capote and the writing of In Cold Blood, but who cares? It’s great. And the murder stuff is definitely there, the killings of this innocent family depicted with care and dread. Philip Seymour Hoffman is at the top of his game, and his Capote is complex and cold, driven by a commitment to his art and to capturing the truth of the Hickock/Smith story.

Another profile of Capote, but let’s face it, his novelization of the Clutter murders, the murderers, and the subsequent investigation is what made the tragedy a cultural touchstone. And Infamous, released just a year after Capote beneath the long shadow cast by Philip Seymour Hoffman’s Oscar win, still deserves to be seen. Toby Jones plays Truman wonderfully, and with more grifting flair. Watching him dazzle the Holcomb townsfolk with stories about Breakfast at Tiffany’s or hanging on set with Humphrey Bogart is an absolute treat.

And yes, there was also a TV miniseries adaptation of In Cold Blood, starring Anthony Edwards as Dick Hickock and Eric Roberts as Perry Smith, but let’s not talk about it. 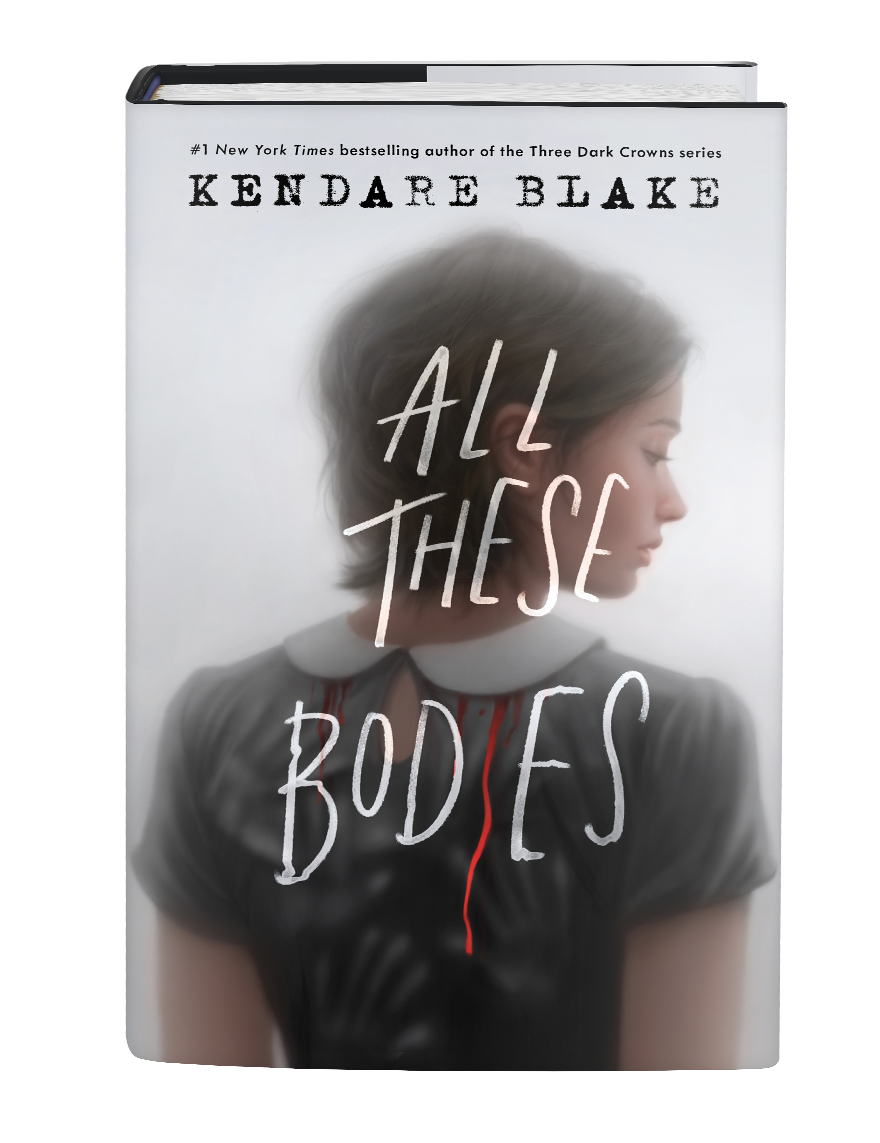 About All These Bodies by Kendare Blake:

Summer 1958. A gruesome killer plagues the Midwest, leaving behind a trail of bodies completely drained of blood.

Michael Jensen, an aspiring journalist whose father happens to be the town sheriff, never imagined that the Bloodless Murders would come to his backyard. Not until the night the Carlson family was found murdered in their home. Marie Catherine Hale, a diminutive fifteen-year-old, was discovered at the scene—covered in blood. She is the sole suspect in custody.

Michael didn’t think that he would be part of the investigation, but he is pulled in when Marie decides that he is the only one she will confess to. As Marie recounts her version of the story, it falls to Michael to find the truth: What really happened the night that the Carlsons were killed? And how did one girl wind up in the middle of all these bodies?

KENDARE BLAKE grew up in the small city of Cambridge, Minnesota. She is a graduate of Ithaca College, in Ithaca, New York and received a Master of Arts in Creative Writing from Middlesex University in London, England. She loves to travel, is an advocate for animals, and cheats a lot when she plays Final Fantasy. Adopted from South Korea at the age of seven months, she arrived with the following instruction: "Feed her chocolate." Though not medically advisable, she and her parents are eternally grateful for this advice. Kendare is the #1 New York Times Bestselling author of several novels including Anna Dressed In Blood, Antigoddess and Three Dark Crowns, and in Fall 2021, All These Bodies.