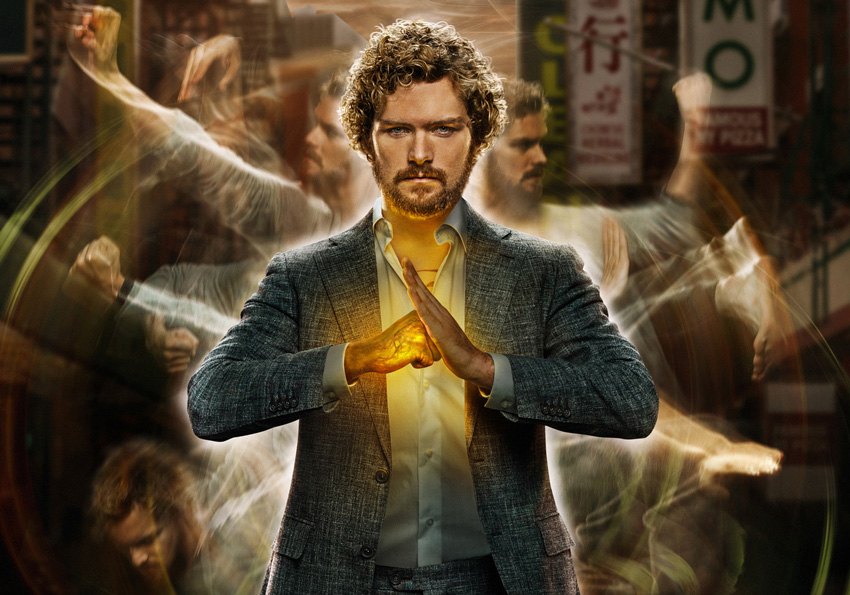 Hello, and welcome back to my look at the sophomore season of the Marvel/Netflix show Iron Fist. Last time, we kicked things off with a look at episodes 1-4, which weren’t great but were still way better than anything from the train wreck that was Iron Fist Season 1. Can the show continue to get better? Or will it descend into the hackneyed, painful depths of the previous season? We’ll attempt to answer those questions today in my penultimate look at Season 2, which covers Episode 5: “Heart of the Dragon”; Episode 6: “The Dragon Dies at Dawn”; and Episode 7: “Morning of the Mind Storm.” I’ll take a look at what did and didn’t work and clue you in on any references to Marvel Comics you might have missed.

So put on some Isaac Hayes, look for vegetarian dining options for your homicidal boss, and let’s get started.

Episodes 5-7 reminds us that there’s a lot to love about Iron Fist, but it also highlights the show’s biggest problem: it’s at its best when its title character is barely in episodes. In this episode block, a seriously injured Danny is forced to recuperate, giving the rest of the cast bigger spotlights. The result: some of the best episodes of the series so far.

The problem with Finn Jones’s Danny is that he ranges from dull to unlikable. A lot of the blame falls on the show’s writing staff, who just can’t seem to figure out that Danny is at his best when he’s helping others—not being a jerk who refuses to listen to anyone who won’t give him his own way. Plus, they don’t let Danny have any fun. This is a show about a kung-fu billionaire! It should be one part Iron Man and one part Big Trouble in Little China. But what we get is nowhere near as fun as that … at least not when Danny Rand is around.

But the writers can’t take all of the blame—some has to go to Finn Jones. He doesn’t have the charisma to make you root for Danny when he’s being unlikable. Charlie Cox, who plays Matt Murdock on Netflix’s Daredevil adaptation, has the charm to make you still like his character when he does something dumb or pigheaded on that show. With Jones, you just want to smack Danny Rand. 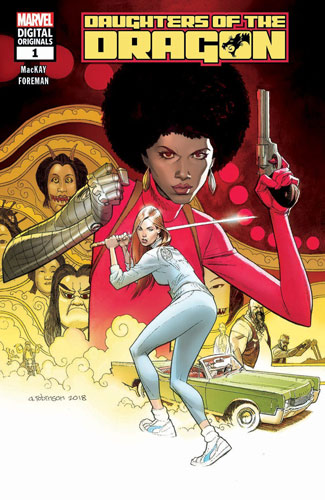 Thankfully, Danny sits on the bench for most of these episodes, and some great characters get a chance to step up in his place. The highlight for me was watching Colleen Wing (Jessica Henwick) and Misty Knight (Simone Missick) pound the pavement and bust heads in search of leads. They have a fun, natural chemistry, and it is great to watch them talk, follow clues, and fight. The battle between Colleen and the two Crane Sisters in episode 6 was one of the best fights in this season so far.

Watching Misty and Colleen work together is a nice payoff for longtime comic fans, where the two are a duo known as the Daughters of the Dragon. They routinely embark on adventures as bounty hunters and private detectives that have them dealing with superpowered criminals. These episodes play as almost a backdoor pilot for a Daughters of the Dragon spinoff series with Henwick and Missick in the same way that the first half of Daredevil Season 2 showed that Jon Bernthal’s Punisher deserved his own show. At this point, I’d be way more excited about a Daughters of the Dragon show than I would be about a possible Iron Fist Season 3.

But they weren’t the only dynamic duo that gets to shine. Davos and his one-eyed driver, Chen Wu (Fernando Chien), also get some deserved screen time. It’s a brilliant move to give Davos the power of the Iron Fist this season. It allows for a closer look at what makes him tick, but more importantly, watching him play foil to the Iron Fist is a ton of fun! The club fight scene where Davos decimates the leadership of the Golden Tigers is awesome, and it leads to him meeting Chen Wu. It’s the team up I didn’t know I wanted until I started to see how funny and sarcastic Chen Wu is. I loved how annoyed he gets with his boss’s homicidal antics. I could watch a whole buddy action show with Davos and Wu.

Mary Walker (Alice Eve) also steps up in episodes 5-7. Her history is explored more, and it’s very different from the Typhoid Mary comic character that inspired her. Instead of being a brothel worker like her comic counterpart, Eve’s Mary is a former military Spec Ops. I like that. Plus, it’s implied that Mary Walker saw action in Sokovia, which is the fictional nation that was the backdrop for most of the action in the film Avengers: Age of Ultron. So it’s a nice bit of connective tissue. I also like that Mary is sort of a wildcard, almost antihero, in these episodes.

Joy and Ward Meachum continue to shine in this new season. They’re especially great in the scenes where they articulate their pain. Joy’s expression of rage and teary eyes when she admits her guilt in helping Davos steal the Iron Fist from Danny are chilling. 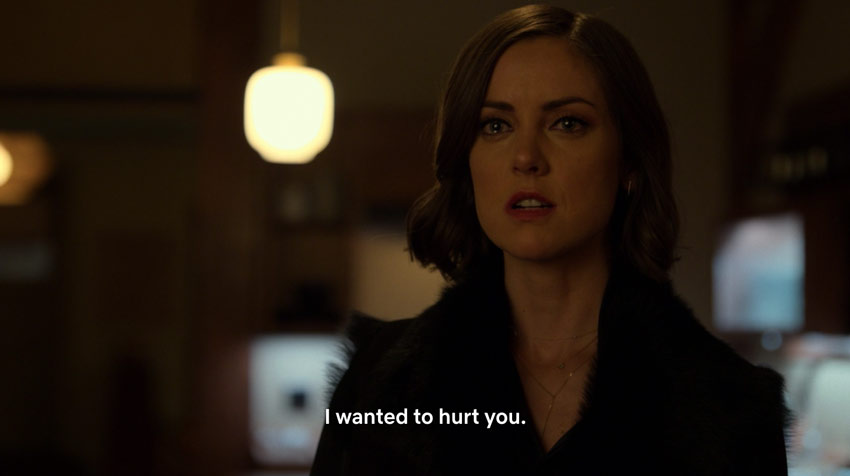 I’m glad she decided to save herself from Davos and am looking forward to seeing what she’s up to in the final episodes. We also get to see Ward at his best and absolute worst. Watching him in both of those extremes is highly entertaining.

These episodes were a little lighter with the comic Easter eggs and Marvel references than the first few. In the comics, Chen Wu first appeared in an Iron Fist story from the ’70s where he worked for the Golden Tigers. In Episode 5, a “616” police code is mentioned and described as a crime involving possible powered suspects. That’s a fun little reference to the Marvel Multiverse, which is home to countless alternate-reality Earths. The main Marvel Comics Earth, where the most iconic versions of their characters live, is designated Earth 616.

The biggest Easter egg, though, has to be the name Ernst Erskine, mentioned in episode 7 when Misty goes looking for the bowl Davos used in the ritual that stole the Iron Fist. In the comics, Ernst is an associate of the pulp-era Iron Fist I mentioned last time, Orson Randall. Erskine was a member of a Doc Savage-style team of associates who worked with Randall dubbed “The Confederates of the Curious.” He also served as Randall’s official biographer.

So with these three episodes, Iron Fist Season 2 continues to get better, but I don’t think it will ever be great until it addresses the problem with its main character. I also think that trimming the episodes down from 13 to 10 really aided the pacing of this season.

10 episodes means my next installment will conclude my look at Iron Fist Season 2. So join me back here next week where I’ll offer up my critique of episodes 8-10 and talk about where I’d like to see the show go from here (and if I even want an Iron Fist Season 3).