I hesitated to write about a Ross Macdonald title for this series, for two reasons. For one, he’s so well known in crime fiction circles that it’s hard to think of any of his titles as being “lost.” For another, while Macdonald authored some of the finest suspense novels ever committed to the page, mostly with his Lew Archer series, generally speaking his writing is sophisticated to an extent that separates it from the kind of bare knuckles stuff that we think of as noir fiction.

But I’m going ahead with this piece on Blue City because, for one, it is an early, pre-Archer title by Macdonald that is more underappreciated than his other works. And, two, unlike the Archer books, this story is lean and mean in a way that makes it more like a Jim Thompson title than it does Macdonald’s own usual type of novel.

And I’m writing about Blue City for a third reason: it’s just a hell of a read.

Originally published by Knopf in 1947, two years before the debut of Macdonald’s Archer series, Blue City is narrated by Johnny Weather: a 22-year-old Angry Young Man who has returned to his Illinois (I think) hometown (the driver of the bus Johnny rides in on says of the burg, It’s alright if you don’t know any better places) after a hitch in the U.S. Army. He comes back home to find several surprises awaiting him. First, he learns that his father—a high-powered businessman who held influence over local politics—is dead, by way of murder. And nobody knows who killed him (or so they say), and nobody seems interested in exploring the case any further than they did when the killing happened, two years before. The next stunner for Johnny is when he finds out that his father, a widower, had remarried not long before he was shot down in the street; and that his stepmother is not much older than he is, and is the kind of alluring lady that turns men’s heads and makes their wives go all catty. Finally, Johnny learns that he has been left out of his dad’s will.

When Johnny was last in touch with his father, the two were not close. Before she died, Johnny’s mother left his dad, mostly because of the man’s womanizing ways, and Johnny took his mom’s side while staying mostly clear of his father. But during his time away he had come to question his coldness toward his dad, and he came back to town of a mind to see about repairing their relations (and to find gainful employment). But he can’t do that now, because his father is dead. And the more time Johnny spends talking to people around town, the more convinced he becomes that some dirty business was behind his father’s demise, and that the area’s commerce leaders, politicians, and police force (as well as his stepmom) all have reasons for not wanting the cold case to get warm. Johnny may not have been close to his dad when the man was still alive, but he now dedicates himself to solving and avenging his murder.

As Johnny so succinctly puts it in a chat with one of the town’s folk, in an early part of the story:

I came here to look for a job, and I found one waiting for me—the job of finding out who killed my father.

Macdonald, whose penetrating insights into his characters’ psyches (by way of Lew Archer’s observations) are so much of what makes his Archer books both so effective and so middle-to-highbrow, can’t help but come off more Psychology prof than pulp novelist in Blue City. But there are other places in the book where he shows a hard-hitting savagery not to be found in his later works. Take the following passage, for example, wherein Johnny has his first encounter with his stepmother, who seems to want to seduce him as a means of numbing his burning desire to explore the cause of his father’s death:

She leaned her head against the back of the chair and looked at the ceiling. Her body, stretched out before me, seemed lost in a dream of its own power and beauty. I could have reached out and taken it, I thought, like a ripe fruit from a tree. But then she was my stepmother and that would be incestuous. Besides, I hated her guts.

That sounds more like Thompson, or Harry Whittington, than it does the author of the Archer books.

Another thing that sets Blue City apart from Macdonald’s Archer books is its environment. While P.I. Archer is generally called in to help sort out the troubles of upper crust families, and has his interactions with such people in their palatial homes and the exclusive clubs to which they belong, Johnny Weather does his vigilante investigating among drug dealers, prostitutes, crime bosses and their hired thugs, et al. There’s a bar fight in the book’s first chapter, and later scenes occur in seedy clubs that double as whorehouses, pool halls, slot machine rooms, and abandoned roadhouses.

Before signing off here, I want to stress that Ross Macdonald’s Lew Archer books are, in my opinion, some of the better crime novels anyone could ever be lucky enough to read. The Zebra-Striped Hearse, The Wycherly Woman, The Moving Target, etc.—they’re all thrillingly suspenseful tales that are also dense studies of certain corners of the human condition. Blue City is also an excellent crime novel by Macdonald, although it’s so different from his Archer books. It’s also Ross Macdonald at his most noir.

We’ll close with an edgy, snappy scene from an early part of the book. Johnny, just back in town and at a bar, is fed up with having to wait so long to get a drink while the bartender shows off to another party he’s serving:

I rapped on the bar with a quarter.

“Somebody’s getting impatient,” Henry said. “When somebody gets impatient that makes me nervous. When I get nervous I’m no damn good for anything at all.”

“What’s the matter, you got no sense of humor?”

“Sure, but I checked it in another town. Go right on being sidesplitting for your friends.”

“You’re a stranger in town, aren’t you? Maybe you just don’t know how we talk around here.”

“You can’t learn too fast.”

“Do you serve glasses with your beer? I’ll have one.”

“Just dip your thumb in it when you pour it.” Review: It’s All One Case: The Illustrated Ross Macdonald Archives

It's All One Case: The Illustrated Ross Macdonald Archives is a prose series of unpublished interviews with, and a visual retrospective of, the seminal mid-to-late 20th-century literary crime writer, Ross Macdonald. Lew Archer, the private investigator who was Ross Macdonald’s signature literary character, is a guy who a lot of the younger generation saw as… 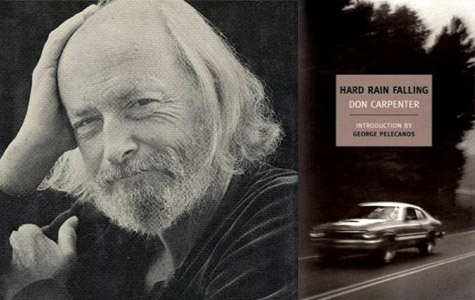 Read this exclusive guest post from Max Allan Collins, author of Better Dead, comparing his own Nate Heller series to finishing Mickey Spillane's posthumous Mike Hammer manuscripts, and then make sure you're signed in and comment for a chance to win a copy of his newest Nate Heller thriller! I have been writing about my fictional P.I.… 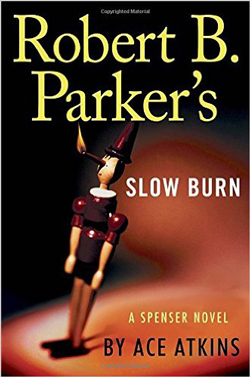 Robert B. Parker's Slow Burn by Ace Atkins is the newest Spenser novel, where Boston PI Spenser faces a hot case and a personal crisis (Available today!). An assessment of a new Spenser novel requires this reviewer to reveal a bit of my adoration for series creator, Robert B. Parker, and why I was initially…