Pale Fire by Vladimir Nabokov (Lolita, Ada, or Ardor) is not what one would call a traditional mystery story. You won’t find it among the likes of Sherlock Holmes, Miss Marple, Father Brown, or Phillip Marlowe in the mystery section of your local bookstore. Instead it’s shelved in the classics section with Ulysses, The Adventures of Augie March, Mrs. Dalloway, and other noted literary titles (Pale Fire came in at #53 on the list of the Modern Library 100 Best Novels). And, yet, I can’t think of a greater mystery.

Pale Fire presents a puzzle and then begins unraveling the plot through a set of carefully planted clues, like bread crumbs for an inquisitive robin, and like any good riddle, it serves up these morsels as red herrings that take the reader far off course. But Pale Fire is not so much a whodunit (though those elements certainly exist) but a who-wrote-it? Of course, literally, Nabokov penned it but, let me clarify:

In the novel, John Shade composes a 999 line poem in four cantos called Pale Fire. It’s a brilliant tour-de-force about his life, wife Sybil, the tragic death of his daughter Hazel Shade, the supernatural, the quest for knowledge, and the hopes that gods are “playing a game of worlds” to offset what appears to be a chaotic randomness of life. The famed and picturesque opening lines begin:

I was the shadow of the waxwing slain

By the false azure in the windowpane;

I was the smudge of ashen fluff—and I

Lived on, flew on, in the reflected sky.

Laughter in the Dark

Spectacularly lovely, but before Shade can publish the work, he is assassinated by a man named Gradus. Charles Kinbote—Shade’s overbearing, pesky neighbor—believes Gradus meant to kill him, not Shade, and he makes it his mission not only to publish the poem, but to also provide an invasive commentary that’s three times longer than the poem itself and contradicts much of what Shade wrote. Kinbote’s comments correspond with the numbered lines of the cantos, encouraging the reader to jump back and forth between what the poet wrote and what Kinbote believes it means.

Kinbote insists that Shade based the poem on stories that Kinbote told about his life, a kingdom called Zembla, and its deposed ruler King Charles II. The more we read, the more we understand Kinbote is severely unhinged and is in fact the king. If it sounds like I am giving away the story here with too many spoilers—not so. Literary scholars’ opinions have been highly variable, some even changing their positions about who Nabokov wants us to believe wrote the cantos and also the commentary. Perhaps Kinbote is a product of Shade’s imagination, or vice versa. A recent opinion even advocated that it’s the ghost of Shade’s deceased daughter Hazel who provides the book’s voice: “But then it is also true that Hazel Shade resembled me in certain respects.” Kinbote writes. Part of the enjoyment—in an analogy a mystery buff can relate to—is that it’s like finding Jack the Ripper’s identity. You can feel you’re get close to the murderer, but the ultimate revelation is always slightly out of reach. For the record, Nabokov himself presented one answer, going so far to say that Kinbote eventually commits suicide. However, according to Wikipedia, critic Michael Wood claimed, “This is authorial trespassing, and we don't have to pay attention to it.”

There may be a tendency to skip over index pages—those dry, alphabetized references that it seems only a teacher could love—but, trust me, you won’t want to limit your investigations by doing so with this magnum opus. In these concluding epiphanies, Kinbote discloses more of his twisted logic, and the index becomes an essential guide to unraveling/compounding the book’s well-designed challenges. The bibliophile can scan Pale Fire straight through from beginning to end for an enjoyable read, and then still go back to follow along with Kinbote’s meticulously footnoted yet unreliable trail. With an open mind, one can find different solutions with each rewarding pass. For mystery sleuths, this may, on the surface, constitute dull reading with none of the customary femme fatales or bodies piling up, but after little conditioning, you may find that Pale Fire is one of the most gratifying mysteries you will ever read, and reread. 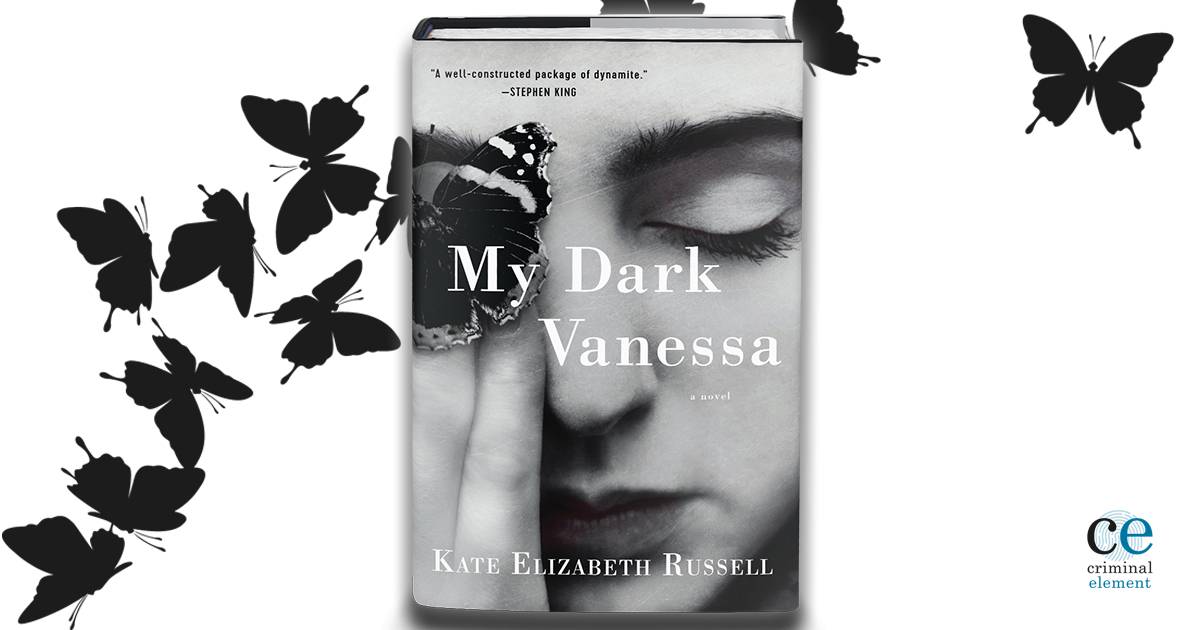 I honestly didn’t know what to expect when I started reading this book. Vladimir Nabokov’s Lolita is one of my favorite novels of all time, and hearing this book touted as the #MeToo era’s version of that classic made me understandably hesitant to begin. Lolita’s narrator Humbert Humbert is a monster whose cruelty, juxtaposed with… Burn What Will Burn: New Excerpt

Burn What Will Burn by C.B. McKenzie is a gritty, gripping mystery and an enthralling character study of its poet-protagonist (Available June 21, 2016). Bob Reynolds doesn't recognize the body in the creek, but he does recognize the danger of it. He's a newcomer to town, not entirely welcome, and not entirely on good footing with… Signs and Symbols but in Vane: The Hidden Mysteries of Two Vladimir Nabokov Short Stories

Vladimir Nabokov (1899-1977), world renowned for two twentieth-century literary showpieces—Lolita and Pale Fire—was also a virtuoso at the short story form. From the time he fled Lenin’s communist Russia to long after his financial success was well established in America, he frequently returned to composing short story pieces that were published in notable magazines like…