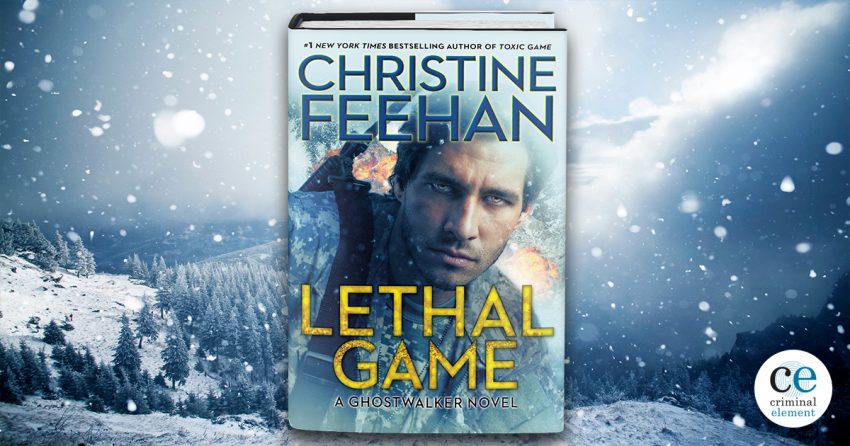 Malichai didn’t know how many times he was hit, but it felt like a dozen. Maybe more. Pain blossomed, spread like wildfire, all up and down his leg, from his calf to his thigh. There was no coming back when his leg was that torn up, flesh shredded, pulverized even. He knew he was a dead man as he crumpled to the ground. The bones in his leg were shattered. He felt that, the bursting pain that traveled through his system so bright and hot he nearly passed out. He fought that feeling, ignoring the bullets still spitting at him. He began tearing off wrappings with his teeth and slapping field dressings over wound after wound. It was almost automatic, although he knew it was futile. There was so much blood, but he pressed the dressings over the worst of them. Five of the worst, where the blood was a fountain, spouting up like a whale.

Dr. Peter Whitney had developed a drug called Zenith. That drug would stop bleeding and force adrenaline into the body, allowing a wounded man to get to his feet. It was supposed to promote healing, but after a few hours, it began to do just the opposite, breaking down cells until the wounded died unless he was given a second drug to counteract the first. Whitney had been the man who conceived the GhostWalker program and psychically enhanced the soldiers who tested high in psychic ability. He’d also genetically altered them without their permission.

Second-generation Zenith had been developed by Whitney’s daughter, Lily. She was a brilliant doctor and researcher. She was also one of the orphan girls Whitney had experimented on. For some reason, Whitney had chosen her as his successor and he had officially adopted her. She was married to a GhostWalker from Team One. Second-generation Zenith was supposed to work without the ugly side effects. He hoped so. Zenith was all he had to keep him alive.

He waited, breathing deeply until the drug hit his system. When it did, the heavy load of adrenaline from five patches was almost too much to handle. The dressings were already stopping the bleeding and sealing the wounds from the outside. He knew that didn’t mean he wasn’t bleeding internally, or that it could miraculously heal the broken bones, but the adrenaline gave him the necessary strength to move.

Malichai began to drag himself across the snow-covered ground. Jagged rocks were just below the surface, making it a struggle to keep going. Each time the shooter behind bunker one rose up to aim at Malichai, another rifle barked and then a third. Braden and Jack clearly were helping to keep the enemy pinned down while Malichai painstakingly made his way to the bunker.

It seemed he had used up quite a lot of his strength dragging his wounded leg behind him. He left a long trail of blood in the white snow. That trail of blood was an arrow, pointing out his position to the enemy. It didn’t matter that he wore specialized clothing to help hide him or that his enhancements would have kept him from being seen—the blood trail was a dead giveaway.

Although Rubin and the others kept the enemy pinned down, the machine gun was fired continuously so that bullets hit the ground mercilessly. He didn’t care. He knew, from the way he was bleeding, in spite of the Zenith, he was a dead man anyway. It wasn’t like he had a whole hell of a lot to lose. He had to give the helicopter a chance to land and take the wounded home.

Using the enormous strength in his arms, he dragged himself across the rugged, freezing ground until he was nearly on top of the enemy, right under their wall. He smelled them. Blood. Fear. Stink of the unwashed. He knew he smelled the same way. He lay there breathing, hoping no one poked a gun over the wall and finished him off before he got his task done.

He took the last of his grenades and tossed them over the wall, trying to hit the enemy squarely, just judging the distance by the sound of their moving around. The explosions rocked the wall so that debris fell on him, but there was no movement. He couldn’t get off his ass to go check to make certain he had actually gotten the last of their enemies.

Malichai listened for movement. For groans. For anything at all that would tell him even one person was still alive. When time passed and he heard nothing at all, he began the slow, arduous journey back across the ground toward the slope. He still had to make it back to where the helicopter was landing, and it seemed a million miles away. In the distance he could hear it coming in, and he was thankful, but he knew, in the back of his mind, that he wasn’t going to make it.

He should have told Ezekiel he loved him. Funny, he’d never said it to him. Not to him, not to Mordichai either. Then there was Rubin and Diego. They weren’t brothers by blood or birth, but they were brothers just the same. He hadn’t told them either.

“Shut up, Malichai,” Rubin said distinctly. “Conserve your strength. You’re not going to die. You do that and Ezekiel’s most likely gonna shoot my ass.”

That was true. Zeke could be like that. Malichai peered up at Rubin. He was there, rifle slung over his shoulder, his image wavering in and out as if he was more of a mirage. Malichai poked at him with a finger. “You real?”

“You getting me out of here?”

“Something like that. You weigh a ton, Malichai. I’m going to tell Nonny not to feed you so much.”

Rubin hoisted him on his back and rushed toward the helicopter already set down in the snow and rocks, stowing the wounded inside as fast as possible.

Christine Feehan is the #1 New York Times bestselling author of the Carpathian series, the GhostWalker series, the Leopard series, the Shadow Riders series, and the Sea Haven novels, including the Drake Sisters series and the Sisters of the Heart series.