Celebrating its 25th anniversary, the annual Left Coast Crime mystery writers’ convention took place in Portland, Oregon, returning to the Rose City for the first time since 2002. The four-day conference, which drew roughly 650 people with an additional 30 day passes sold, was held March 12th through March 15th at the Doubletree Hotel, and gave crime writers and crime fiction fans a chance to mingle and talk about all things mystery. This year’s convention was co-chaired by Oregon authors L.J. Sellers, whose series features Eugene, Ore. detective Wade Jackson, and Bill Cameron, author of the Portland-based series with cop Skin Kadash. Long-time proponents of the genre and convention veterans—they co-chaired the 2014 gathering in Monterey—Lucinda Surber and Stan Ulrich, who run the popular website Stop, You’re Killing Me, acted as volunteer coordinator/sponsorship coordinator/publisher liaison and treasurer/registrar/advertising coordinator, respectively.

In addition to the on-site selection of panels and interviews, attendees had the opportunity to sign up for a field trip to the FBI’s regional crime forensics lab. Other outings included a Portland distillery tour and a trip to the city’s famous Shanghai Tunnels. Back in the hotel, the panels kicked off on Thursday, with an opening reception in the evening honoring all the nominees. The guest authors—Guest of Honor Chelsea Cain, Guest of Honor Timothy Hallinan, and Special Guest Phillip Margolin—participated in panels and interviews throughout the weekend. On Friday, the organization celebrated its 25th birthday with a party in the evening, which also honored local Fan Guest of Honor, the Portland-based group Friends of Mystery.

Panels appealed to readers who like their crime a little lighter—“Not Just Cats & Quilts: The Evolution of the Cozy” and “Our Fine Furry Friends: Animals in Mysteries”—and even featured a melding of the hard- and soft-boiled elements of the genre for those who just can’t decide: “Sweet & Lowdown: A Cozy/Noir Summit.” On the grittier end of the spectrum, readers got to hear a rousing discussion of an antagonist’s best qualities (“Loving to Hate: What Makes a Great Villain?”) and the perpetual genre debate about how violent is too violent (“Can You Go Too Far?: Violence in Fiction”). Popular panels included “Pants on Fire: A Liars Panel,” featuring authors Simon Wood, Chris F. Holm, Jess Lourey, Catriona McPherson, and Johnny Shaw trying to tell tall tales—or were they true stories?—to the audience and be convincing; and the decidedly R-rated “Is That a Gun in Your Pocket: The Sex Panel,” featuring Jess Lourey, Chelsea Cain, Linda Joffe Hull, Holly West, and Simon Wood. Both were standing room only. In addition to participating in their various panels, Guests of Honor Cain, Hallinan, and Margolin were individually interviewed throughout the weekend, with Cain in conversation with Publishers Weekly’s Jordan Foster, Hallinan interviewed by Left Coast Crime co-chair L.J. Sellers, and Margolin in conversation with Friends of Mystery’s Jay Margulies. Cain is best known for her New York Times bestselling series featuring Portland detective Archie Sheridan and his complicated relationship with serial killer Gretchen Lowell. The first book in her new series, One Kick, debuted in 2014 and features 21-year-old Kick Lannigan, who uses her background as kidnapping survivor—and her impressive skills from lock-picking to hand-to-hand combat—to help others in need. The second installment, Kick Back, is due out later this year from Simon & Schuster. Hallinan’s two series from Soho Crime feature wildly different protagonists: on one side of the world, there’s Poke Rafferty, a writer living in rough-and-tumble Thailand and in Los Angeles, there’s Junior Bender, a burglar who also moonlights as a PI for other crooks. The second Junior Bender novel, Herbie’s Game, came out in 2014, as did For the Dead, the sixth Poke Rafferty installment. Margolin, a former Portland criminal defense attorney, published two stand alones in 2014—Worthy Brown’s Daughter, set in 19th-century Oregon and Woman with a Gun, centering on a mysterious photograph. He returns to his Amanda Jaffe series with the next book, due at the end of 2015 from Harper. The conference wound down with an awards banquet Saturday evening hosted by toastmaster Haywood, who kicked off the evening with an auction benefitting the Portland charity SMART (Start Making A Reader Today). Guests of Honor Hallinan, Margolin, and Cain all volunteered to let the names of the winning bidders appear in upcoming book; their combined efforts brought in $2,325 for SMART. The Rosebud Award for Best First Novel went to Allen Eskens for The Life We Bury; the novel is also an Edgar finalist for Best First Novel. Gigi Pandian won the Rose Award for Pirate Vishnu, the second installment in her Treasure Hunt series. The Rose Award honors the best mystery set in the Left Coast Crime geographical region. For the third year in a row, Catriona McPherson won the Bruce Alexander Memorial Historical Mystery Award, this time for A Deadly Measure of Brimstone, the eighth installment of her popular Dandy Gilver series set in 1920s Scotland. Guest of Honor Timothy Hallinan took home the Left Award for Herbie’s Game, the second installment in his Junior Bender series; the Lefty honors the best humorous mystery of the year.

Portland served up uncharacteristic doses of sunshine (for the first few days, at least) but crime fiction fans looking for an even warmer escape next spring (February 25-28) should set their sights on Left Coast Crime 2016, also known as the Great Cactus Caper, in Phoenix, Arizona. Check out the website for information and registration details! 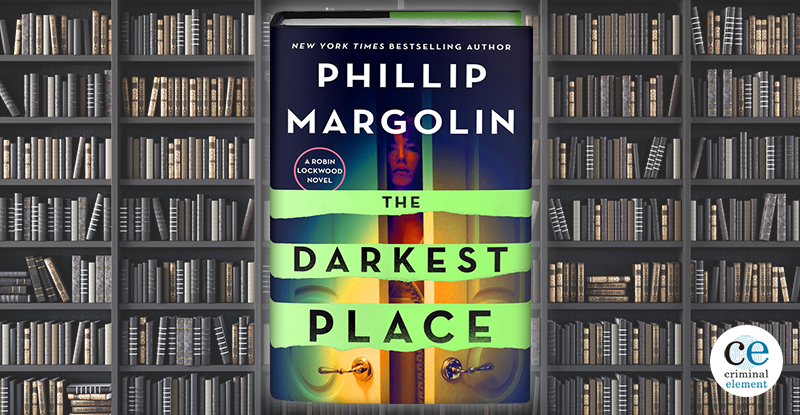 Part I The Lock Chapter 1 Tempest Raj tested the smooth, hardwood floor once more. Following the floorboards from the beaten-up steamer trunk with three false bottoms to the window letting in moonlight, she didn’t hear a squeak anywhere. Good. In the dim light, she walked the length of the room once more in her…