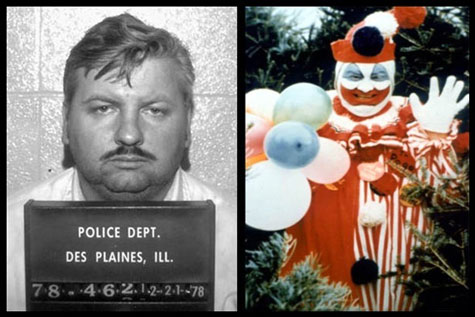 When asked who the top 5 most infamous and prolific serial killers in American history are, John Wayne Gacy likely appears on every list. Known as the “Killer Clown” due to his work as a children’s performer, Mr. Gacy claimed 33 victims at his Norwood Park ranch house in Cook County, Illinois (a part of metropolitan Chicago). From 1972 to 1978, Gacy would lure teenage boys and young men to his home where he would torture, sexually assault, and murder them, burying 26 of his victims in the crawl space beneath his house. Gacy was convicted of 33 murders in 1980 and sentenced to death, executed by lethal injection in 1994.

Recently, a team of investigators was able to use DNA evidence to identify the remains of one the seven unknown victims: 16-year-old James Byron Haakenson, a runaway from St. Paul, Minnesota, who had been missing since 1976. Using DNA from two of Haakenson’s siblings, combined with the original missing persons reports, the investigators were able to confirm the remains belonged to the missing Haakenson.

After reopening the investigation in 2011, the Cook County Sheriff's Office has been able to identify two of the eight originally unknown victims. With six still unidentified, the case remains open. With the holidays right around the corner, it's time to start filling up your gift wishlist. And boy do we have the perfect one-stop shopping destination for you. Let us introduce you to True Crime Auction House. It's stockpiled with hundreds of eerie keepsakes from the world's worst human beings. From John Wayne Gacy's signed… Developing a good novel requires research—a lot of it. The reading I do before I start to write helps me understand different places, cultures, and people so I can create a more believable world for my readers. One challenge I faced with Her Darkest Nightmare (and the previous book in the Evelyn Talbot Chronicles, Hanover… Can You Name the Serial Killer from Their Childhood Photo?

Even the cruelest of monsters was once a smiling child. Can you detect the pure evil behing these childhood photos of some of the worst serial killers in history? Take the quiz below to find out! Dead Man’s Hand. You won’t need aces and eights for murder with these serial killer playing cards. Made out of casino quality cardstock, each card features a different serial killer, complete with their name, alias, mugshot, biography, kill count, age, time and location active, and their preferred methods of murder. From John Wayne Gacy to…