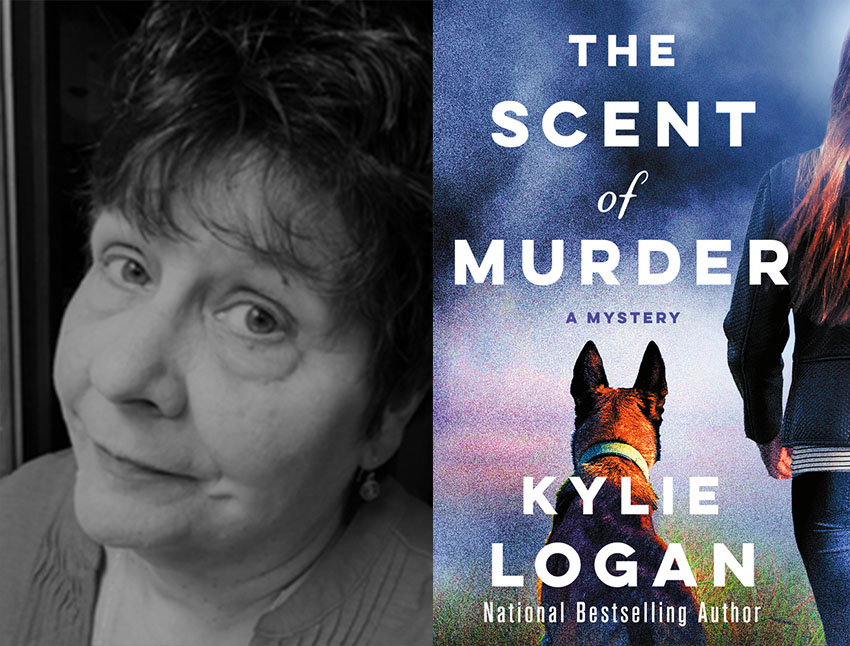 Kylie Logan is the author of The Scent of Murder, the first book in a new mystery series about Jazz Ramsey, a cadaver dog handler. Join Kylie as she discusses the history of cadaver dogs and the roles they play in locating those who are lost.

Anyone who lives with one knows dogs are amazing. They are companions. They are confidantes. They are sometimes workers and sometimes clowns, and they can be incredibly smart . . . or not so much. They sit quietly at our sides when we read. Or they can romp like toddlers, and sometimes be just as challenging.

With boundless energy and noses that can, according to scientists, detect scents 10,000 to 100,000 times better than any human nose can, dogs have become invaluable in police work, sniffing out drugs, bombs, and other contraband, and finding the lost.

But it’s not only the living who sometimes need to be found. 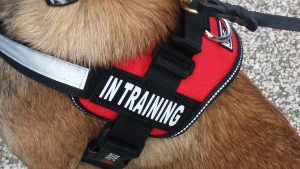 It’s not a new concept. In fact, the first mention of a dog finding the dead was in Germany in 1809 when a court clerk, frustrated by the lack of evidence in a trial, walked his dog past the suspect’s house. The dog alerted the clerk to two bodies buried in a shed and the suspect was convicted. The modern concept of training dogs specifically to detect the scent of human death started in New York in the 1970s. Today, cadaver dogs assist first responders across the country and are handled by teams of dedicated volunteers.

What breeds make good cadaver dogs? It really doesn’t matter. Breed is not nearly as important as drive, intelligence, and ability. HRD dogs are trained to pick up the scent of decomposition as it drifts in the air, so like many hunting dogs, they have to be good air sniffers. But like hounds and other tracking dogs, they also need to track scent on the ground for those times when dead cells are shed and fall to the earth. They need to be smart enough to make decisions and to work independently, but they also need to be loyal to their handlers and learn to obey commands. And they need to get used to working in all weather over all terrain, both in rural and urban settings. Death in arid conditions has a different odor than death in humid places, and the dogs need to learn the differences as well as being able to distinguish the scent of death when it comes from both above and below the ground. HRD dogs have found the dead buried as much as 30 feet underground and some are currently being used to find burials at archaeological sites, including Roman hill forts. To help in finding drowning victims, some dogs are specially trained to detect the scent as it rises into the air from underwater. 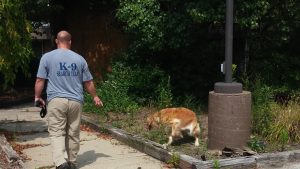 For the dogs, the search isn’t as much about finding dead people as it is about the reward they get for work well done. Most handlers have a special toy for the dog and when it does its job–alerts to the presence of death–the dog is allowed to play with the toy.

Handlers, too, go through grueling training that includes orienteering and first aid for both people and pups. Like their dogs, they are tested and certified, and they must be fit and willing to work outside in all kinds of weather. They also need to be ready to deal with whatever it is their dogs may find and part of their training includes how to secure a scene, how to make notes on the condition of the body and the area, and of course, how to contact the proper authorities. 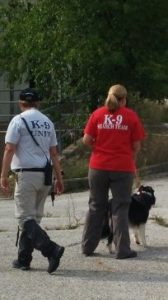 Dog and handler work as a team and provide invaluable assistance in important work, often giving the family of the missing answers and closure.

Kylie Logan is the national bestselling author of The League of Literary Ladies Mysteries, the Button Box Mysteries, the Chili Cook-Off Mysteries, and the Ethnic Eats Mysteries. The Scent of Murder is the first in a new series. 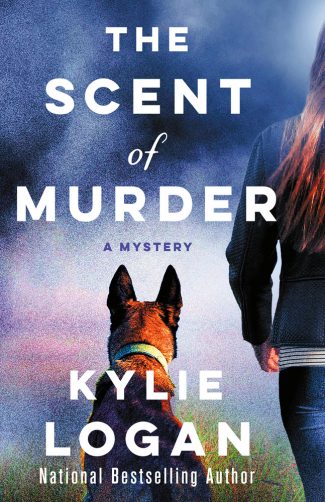 About The Scent of Murder:

First in a new series from national bestselling author Kylie Logan, The Scent of Murder is a riveting mystery following Jazz Ramsey as she trains cadaver dogs.

The way Jazz Ramsey figures it, life is pretty good. She’s thirty-five years old and owns her own home in one of Cleveland’s most diverse, artsy, and interesting neighborhoods. She has a job she likes as an administrative assistant at an all-girls school, and a volunteer interest she’s passionate about―Jazz is a cadaver dog handler.

Jazz is working with Luther, a cadaver dog in training. Luther is still learning cadaver work, so Jazz is putting him through his paces at an abandoned building that will soon be turned into pricey condos. When Luther signals a find, Jazz is stunned to see the body of a young woman who is dressed in black and wearing the kind of make-up and jewelry that Jazz used to see on the Goth kids back in high school.

She’s even more shocked when she realizes that beneath the tattoos and the piercings and all that pale makeup is a familiar face.

The lead detective on the case is an old lover, and the murdered woman is an old student. Jazz finds herself sucked into the case, obsessed with learning the truth.

Comment below for a chance to win a copy of The Scent of Murder by Kylie Logan!

The Scent of Murder Comment Sweepstakes: NO PURCHASE NECESSARY TO ENTER OR WIN.  A purchase does not improve your chances of winning.  Sweepstakes open to legal residents of 50 United States, D.C., and Canada (excluding Quebec), who are 18 years or older as of the date of entry.  To enter, complete the “Post a Comment” entry at https://www.criminalelement.com/kylie-logan-author-of-the-scent-of-murder-on-human-remains-detection-dogs beginning at 5:00 p.m. Eastern Time (ET) May 7, 2019. Sweepstakes ends at 4:59 p.m. ET May 21, 2019. Void outside the United States and Canada and where prohibited by law. Please see full details and official rules here. Sponsor: Macmillan, 175 Fifth Ave., New York, NY 10010.

KYLIE LOGAN is the national bestselling author of The League of Literary Ladies Mysteries, the Button Box Mysteries, the Chili Cook-Off Mysteries, and the Ethnic Eats Mysteries. The Scent of Murder is the first in a new series.