Jane Doe January by Emily Winslow is a compelling, real-life crime mystery and gripping memoir of the cold case prosecution of a serial rapist, told by one of his victims. (Available May 24, 2016).

In 1992, college student Emily Winslow was raped off-campus by a stranger. In 2013, the man was identified by a DNA match in the FBI’s CODIS database of criminal DNA. This excerpt from Emily’s memoir of the cold-case prosecution that resulted, Jane Doe January (her fourth book after three detective novels), describes her journey back to Pittsburgh to testify in the preliminary hearing to establish the charges against him.

The preliminary hearing is not set in Pittsburgh’s historic courthouse near my hotel. Instead it takes place a few blocks away, in the municipal court, a run-down building awkwardly shaped to look like a police badge from above.

Bill, the original detective from my case, has walked me there. We’ve been instructed to meet the other detectives, Dan and Aprill, in front of the “broken elevators.” They’re easy to find once we’re through the oversensitive metal detector and past the chipper, already-bored security lady; there are no working elevators to trick us.

Everyone knows Bill. He’s greeted by passing uniformed cops, security, and press. Newspaper journalists are there, and TV cameras. They’re only allowed to film my feet. I’m glad for the whim that had led me to use the hotel’s shoe-polishing service.

Our courtroom is very plain, just rows of stackable chairs lined up to face a high area at the front, for the judge and two assistants. The judge looks youngish and is wholly bald, leaning back in his big swivel chair like a throne. He looks powerful and a little bored, reminds me of Lex Luthor, and chews gum the entire time.

I sit between Bill and my victim advocate. Dan’s wife sits behind us and holds my handbag for me for when I testify. She pokes her head between me and the advocate and points to the screened-off area in the corner to the right of the judge. That’s where the defendant is. “Do you know what that’s called? That sort-of cubby where they keep the criminal?” she asks. Bill and the advocate and I all demur. She whispers, fiercely, “I call it the cubby of shame!”

I can see the man, huddling with his defense attorney. There are flashes of his bright jail uniform, but no tug in my gut. It’s been more than twenty years. He’s old now, old-old, not adult-old like me. “Across the room” feels very far away, safely so. We’ve swapped: now he’s the one who has to defend himself.

After a group swearing-in, I testify first. There’s no seat or box or fancy setup. We all go up together to stand before the judge, with our backs to the rest of the room. We stand in a line: me, Bill, Dan, Kevin the prosecutor, the defense attorney, and the defendant. Aprill’s attached to the other woman’s case against the same man, not mine, so she stays seated. Kevin positions himself, kind of leaning, to block me from having to see the accused while I speak.

I’m glad we practiced. I’m glad we carefully chose the words to use. It’s just like it was in Kevin’s office, except that when it’s over there’s cross-examination.

The defense attorney’s questions try to pin me down to a physical description that he’ll later be able to dispute. Our case is based on DNA, not eyewitness identification, so, though I do in fact recognize the man, this whole road is just an unnecessary diversion to try to catch me out. I don’t fall for it. I’d read advice about this very thing, about defense attorneys prying for nonessential details, the kind of details that aren’t really the point so the witness won’t have prepared for them, in hope of mining a contradiction. It’s important not to let the natural social form of at least trying to answer direct questions prompt me to guess at anything I’m not absolutely certain of.

I say “I don’t know” to most things. Did he have a beard? Was his hair gray or dark? That’s not what I remember. I remember his round cheeks, his babyish face. I remember him as “big.” That’s what I’d told the police, because he’d seemed huge to me. He’d been powerful. I worry now that that could be used against me, because I can see in court, clearly, that he’s not. I’d been warned that he’d lost weight in jail, but it’s not just that. He’s taller than me, yes, but shorter than my detectives and lawyer. I literally cannot even see him when he’s behind them.

The defense attorney points out that it was evening when it happened and asks if it was dark in my apartment. I don’t know. Was a light on? I don’t know. “Well,” he says in a folksy, skeptical tone, “was there really any opportunity to get a good look at his face?”

Something fills me up. My voice hardens, solidifies from the quivering, careful tone of the rest of my testimony, and I bellow at him, “Yes, while it was bobbing up and down in front of mine while he was fucking me!”

No more questions. We return to our seats. I glance at the two newspaper reporters nervously.

After the others take their turns to testify, probable cause is considered established and the case bound over for trial. The defense requests that the $400,000 bail be lowered. Lex Luthor casually doubles it, to $400,000 for each victim.

We all stand and mill in the aftermath, debriefing before facing the hallway. There’s a cameraman out there. I’m torn between wanting to get away and wanting to hide in this room forever. There’s lots of verbal back-patting and smug nods over the bail rise.

The next steps—arraignment, where the accused will be formally told the charges against him and asked for his plea, and pretrial conference—are scheduled together for two months onward.

I make myself leave. The hallway is long. I try to walk normally but it’s hard to do while a huge video camera dogs my feet. Bill puts his hand on my back to push me along faster and get me out of there.

Emily Winslow is an American in Cambridge, England. She is the author of the memoir Jane Doe January (HarperCollins, 2016) and the novels The Whole World, The Start of Everything, and The Red House. Everyone Has a Story to Tell

All my childhood memories of my mother, when she actually had time to sit and rest, are of her reading romance novels. She went through several every week, and still does to this day. I tried reading one when I was twelve. It embarrassed me so much, I haven’t read one since. When I got…

PROLOGUE WHEN I WAS twenty-two years old, I left home for the first time and departed for New York City along with a meager cache of savings and the dream of being an actor. Traveling by train from Houston to Chicago to Buffalo and then down into Manhattan, I arrived on New Year’s Eve 1972… 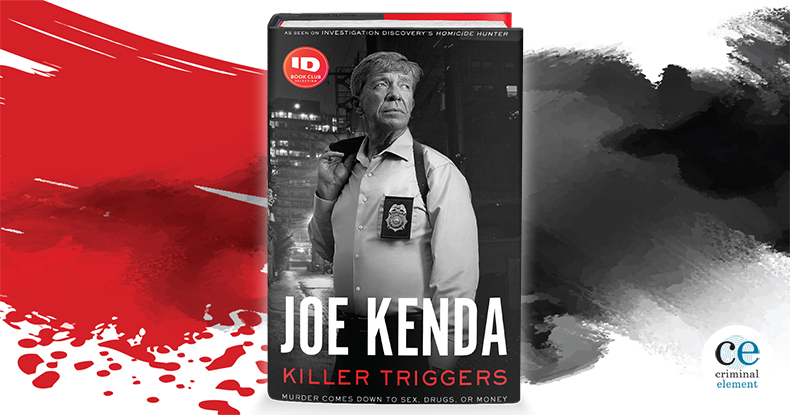 For those viewers who watched the nine seasons of Homicide Hunter: Lt. Joe Kenda, this novel will be a real treat. If you were not able to catch that show, which was on the Investigation Discovery (ID) Cable Network, it now has gained a whole new crop of fans with the advent of the Discovery+…