Knowing that the BBC series Whitechapel (Wednesdays, BBC America, 10 p.m.) is about a copycat Jack the Ripper, I might not have watched it since I’m a complete scaredy cat when it comes to Ripperology. Everything about him and what he did creeps me out, even if the incidents happened over a hundred years ago. Whitechapel makes it worse by featuring a contemporary killer who’s aping the Ripper’s crimes almost to the letter, and he doesn’t limit himself to murdering only prostitutes. It’s almost enough to turn a girl into an agoraphobe.

So did I tune into Whitechapel because I’m a masochist or insane? No. I watched because it stars my man Rupert Penry-Jones, aka Adam Carter from MI-5, one of my favorite shows ever. RPJ is a dashing actor who I knew could bring some lightness to what was sure to be a grim show. Luckily he didn’t disappoint, because the first episode was so tense and gruesome, it almost made me vomit all the Halloween candy I’d ingested.

Penry-Jones plays young, fast-tracked Detective Inspector Joe Chandler, brought in to head up a team of detectives with more street experience than he has. Eager to prove himself, he jumps on his first murder case of a young woman in a parking lot, only to find out it occurred on the exact same night and in the exact same way as one of Jack the Ripper’s victims. He receives no support from the other detectives, so he turns to a self-declared Ripperologist, Edward Buchan, who’s written a book on the subject and gives tours of places where the crimes happened in the 1800s. The man may be odd but he helps Chandler correctly predict there would be another murder victim a week later.

It’s good to see Penry-Jones play a protagonist completely different from the tough, kickass Adam Carter. Chandler seems to be afflicted with OCD (a British Mr. Monk?) and is kind of a sissy around corpses. He also likes to dress well when he reports to work, and demands that his rumpled team members put on ties to look more professional and, oh yeah, take showers occasionally. You can imagine how much that endears him to them. And while he may have more ambition than street savvy at first, he proves by the end of the first episode (there are three per season) that he can be a decent investigator.

Which leads me to one of the frustrating things about the first episode. It’s understandable why the other detectives resent and belittle Chandler in the beginning, but once he provides them with a compelling argument, backed by forensic evidence, that a Ripper copycat is roaming the streets and about to kill again, does the team at least give him the benefit of the doubt? Nooo, the squad continues to laugh at him and dismiss his efforts while Chandler is trying to prevent another bloody murder! It reminded me of Scully’s stubborn repudiation of Mulder’s beliefs in the paranormal, when week after week on The X-Files, she encountered all kinds of creepy, unexplainable stuff.

Eventually the other detectives do decide to humor Chandler, and of course, it turns out he was right. Doesn’t mean they’re all going to embrace him now and everything will be lovey-dovey. If anything, this has made Chandler’s chief antagonist, veteran Detective Sergeant Ray Miles, even more bitter that he has to work under Chandler. This source of conflict now makes sense, and it’s more interesting to have everyone hate Chandler for being younger, better-looking, and a good detective than because they thought he was a buffoon. As the men continue to track the serial killer in the next couple of episodes (the second airs this week), they might have to keep themselves from metaphorically killing each other first.

Also check out Part Two, the Kidney of Darkness.

Elyse is a freelance writer/editor who likes soup and the Bee Gees, but not piña coladas or getting caught in the rain. She also blogs at Pop Culture Nerd and tweets as @popculturenerd. 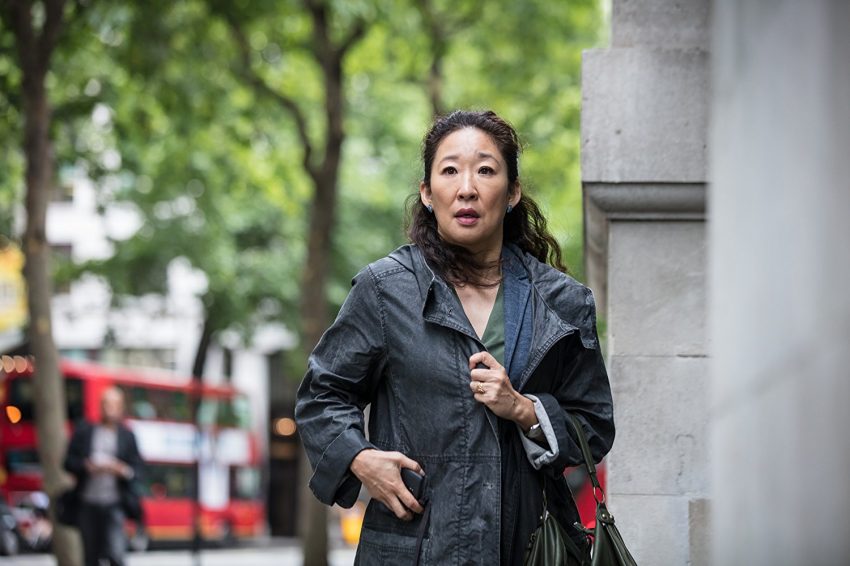 Killing Eve Is Killing It

The BBC America marketing department knew what they were doing when they tacked a sneak preview of Killing Eve onto an Orphan Black retrospective highlight show a couple of weeks ago. My DVR, set to record anything related to Orphan Black, recorded this. Boy, am I glad. Killing Eve seems poised to fill the empty… Ripper: The Secret Life of Walter Sickert by Patricia Cornwell is a comprehensive and intriguing exposé of one of the world’s most chilling cases of serial murder—and the police force that failed to solve it (available February 28, 2017). In 2001, acclaimed crime novelist Patricia Cornwell stepped away from fiction to investigate the facts and fallacies… It’s finally here: the finale. I had high hopes for everything being tied up in a neat little bow—and not just because it’s December. As I began to watch, however, I realized that most of it had already been explained and there were only a few small loose ends left—and many of those were easy…