December 6, 2021
Joseph Knox is the international bestselling author of True Crime Story, which is available now in the US for the first time from Sourcebooks. Joseph visits the site to share 4 of his favorite novels that deftly blur the lines between fiction and non-fiction.

When I first started reading, I thought of fiction and non-fiction as two sides of the same coin, one nation perhaps, but cut in half. They were East and West Berlin, always divided, and with a heavily guarded border running down the middle, an impenetrable wall that could never come down. Then I read James Ellroy’s The Black Dahlia, and things started to blur…

The Black Dahlia by James Ellroy

Although Ellroy’s prose style has long been considered idiosyncratic, and at times even experimental, his writing has never really gotten its due for some of the more formal leaps it made within the noir genre. But with The Black Dahlia, his fourth novel, Ellroy delivered the first in a streak of stunning masterpieces that took real-life characters—even real-life murders—and used them as the basis of his fiction. This would lead him to write novels dramatizing the deaths of some of the biggest names in American history, JFK’s assassination being the basis of American Tabloid, and Martin Luther King’s murder being the basis of The Cold Six Thousand.

But it all began with a story so much closer to home. Ellroy’s mother, Geneva Hilliker, was assaulted and strangled to death on her doorstep in 1958, when Ellroy himself was just ten-years-old. Unable to properly grieve because of their strained relationship, he instead transferred his confusion, sadness, and rage onto the death of another young woman in LA, Elizabeth Short, becoming obsessed with her unspeakably violent and, to this day, unsolved murder. By channeling his rage into the story, Ellroy created a fictional account of the investigation that really serves as a treatise on his obsession and unresolved grief for his own mother.

Bret Easton Ellis has long-played with the idea of blurring the lines between fact and fiction. His debut novel, Less Than Zero, published when he was just a 19-year-old student, told the story of an alienated and drugged-out teen returning to Los Angeles from his first semester at college. The protagonist’s dead-eyed recital of the meaningless glamour and opulence surrounding him—the chilliness of the super-privileged—has often been assumed to be a kind of roman à clef. And by the time he published his third novel, the incendiary American Psycho, some readers were all-too ready to believe that Patrick Bateman’s loathing of women was a reflection of the author’s own beliefs, rather than a scathing satire about masculinity and the prevailing values of the 1980s.

But in Lunar Park, he took things further, in a novel that features Bret Easton Ellis as its protagonist. Readers are treated to a mesmerizing and hilarious dismantling of Ellis’s public persona—the dark prince of literature—as he describes the myriad breakdowns and personal failures that have led him to abandon big city life and start a family, somewhere out in the sticks. From there, the novel becomes a riff on the Stephen King formula, a small-town America, haunted by monsters and ghosts—though readers paying close attention will see that Ellis is, in fact, exorcizing his own childhood demons, reckoning with the ideas of troubled fatherhood that first gave rise to his most famous creation, Patrick Bateman.

The Long Drop by Denise Mina

Denise Mina is one of Britain’s best writers in any genre, always using her work to look at societal problems from a fresh angle, interrogating established ideas with a clear-eyed and analytical intelligence that would likely work just as well if utilised in non-fiction. Perhaps this is why her latest novels have increasingly erred in this direction, with 2019’s Conviction surrounding a true crime podcast.
But for me, Mina’s masterpiece so far is The Long Drop. Set in 1950s Glasgow, it tells the story of Peter Manuel, Scotland’s most prolific serial killer, who is known to have murdered seven people and is suspected of several more. Manuel was a pathological liar who had served serious jail time for a string of sexual assaults in his teens, and continued on to be a career criminal once released. What makes Mina’s novel so astute is the insight she gives us into the way that a man like this operates. One lie piling on top of another, becoming more and more precarious, yet believing himself to be a charming operator who can get away with anything. As people begin to see him for what he truly is, the horror palpable, and as Manuel still doesn’t get it himself, a disturbing dissonance opens up between the killer and his accusers, asking serious questions about perception, guilt, and just how far a gifted liar can go if he really commits to the right story.

Laurent Binet is the son of a historian and, himself, a literature graduate. Those would seem to be excellent qualifications for his debut novel, HHhH, which dramatizes not only the assassination of Reinhard Heydrich by Czech resistance operatives Jozef Gabčik and Jan Kubiš—an audaciously brave attack that would lead to some of Nazi Germany’s most violent and despicable reprisals—but also dramatizes the writing of the book itself.

One of the most invigoratingly fresh reads of recent years, HHhH makes a strong case for continuing to push the boundaries of fiction and to blur the lines between genres. Each of the two accounts here, the historical period charting the build-up to (and aftermath of) the attack, and the portions set in the present day, where we learn the author’s most secret thoughts on the subject, the origins of his obsession and the awed respect and sense of responsibility that he approaches the material with. One side of the book would not work without the other, with the result being one of the most passionate and well-articulated testimonies of human bravery put on the page. 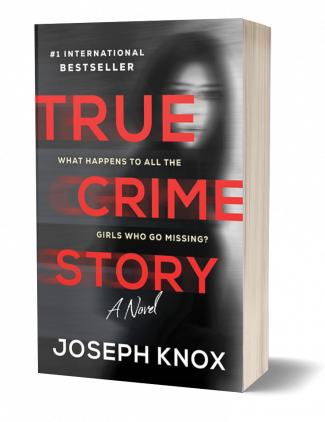 What happens to all the girls who go missing?

The thrilling story of a university student’s sudden disappearance, the woman who became obsessed with her case, and the crime writer who uncovered the chilling truth about what happened…

In 2011, Zoe Nolan walked out of her dormitory in Manchester and was never seen or heard from again. Her case went cold. Her story was sad, certainly, but hardly sensational, crime writer Joseph Knox thought. He wouldn’t have given her any more thought were it not for his friend, Evelyn Mitchell. Another writer struggling to come up with a new idea, Evelyn was wondering just what happens to all the girls who go missing. What happens to the Zoe Nolans of the world?

Evelyn began investigating herself, interviewing Zoe’s family and friends, and emailing Joseph with chapters of the book she was writing with her findings. Uneasy with the corkscrew twists and turns, Joseph Knox embedded himself in the case, ultimately discovering a truth more tragic and shocking than he could have possibly imagined…

Just remember: Everything you read is fiction.

Joseph Knox was born and raised in and around Stoke-On-Trent and Manchester, where he worked in bars and bookshops before moving to London. He runs, writes, and reads compulsively. Sirens, his debut novel, was a Sunday Times bestseller, and his work has now been translated into 18 languages. True Crime Story is his latest novel.

A Note from Author Wendy Church I wrote Murder on the Spanish Seas during the first year of the pandemic lockdown—like everyone else, we were pretty isolated, and I was thinking about places I’d been, and places I wished I could go. The Basque Country has been on my travel list for a while, and the more…