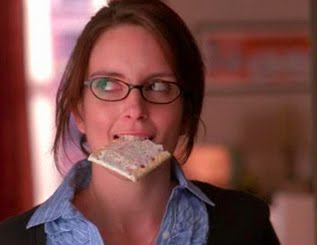 As much as I pride myself on being an independent thinker, I admit I occasionally succumb to the power of suggestion. I have found myself watching TV after a perfectly fulfilling Thanksgiving dinner, wearing stretchy pants already crying uncle at the waist line, and suddenly feeling hungry for French fries, because a McDonald’s commercial comes on with the slo-mo zooming on a heap of golden fries frolicking under a shower of salt. I didn’t realize I wanted them until they were presented in glorious detail.

And so it goes when I’m reading a book or movie that takes place in a far-flung location, replete with exotic descriptions of local sights and cuisine. It could be a place that has never been on my top 10 list of vacation ideas, but I get all Liz Lemon-y and think, I want to go to there. It doesn’t matter if it’s the setting for unspeakable crimes in a mystery novel. Sometimes I even want to go because of that.

Take Stieg Larsson’s blockbuster Millennium series. The author goes to such lengths describing the places where Mikael Blomkvist and Lisbeth Salander hang out, I can almost smell the espresso beans in the coffee bars. But almost is not the same as being there. I want to visit Stockholm, soak up the local flavors, see if the coffee there is better than Coffee Bean’s, and sample the local cheese-and-pickle sandwiches to understand why Blomkvist and Salander eat twenty-seven of them a day. Since there are no more Larsson novels on the horizon, what else is a die-hard fan to do? Many are taking guided tours like this one, which features real landmarks from the books. Me, I’m thinking about going off-road by slapping on some temp tattoos and tracking down Plague for lessons in hacking.

Once done with Stockholm, you can drive to Belgium to visit the titular location of the superb, but criminally under-seen, movie, In Bruges. Colin Farrell, playing a hit man hiding out in the city, spews hilarious insults about it, complaining the whole time about how dull it is, how he’d rather be dead than stuck in Bruges. But that’s exactly why I want to go there—I want to prove him wrong. Taking a boat through those Venice-like canals looks cool to me. How about climbing that bell tower featured in the movie’s violent climactic shootout? Surely, there’s something amazing to see, and judging from what Farrell’s character says, tourists may be scarce there.

From Bruges, it’s not far to Brussels, where you can visit the Hergé museum and/or the Belgian Comic Strip Center, both featuring exhibits about Tintin. The boy reporter is one of the first crime fighters I was introduced to as a kid. I learned how to read with those books, traveling along with Tintin as he took down nefarious characters all over the globe. But his birthplace is in Belgium, where Hergé created him, and a trip there would be a trip back to my childhood. I’d visit the museums (the Musée Hergé is a work of art in itself) and take a walk inside the Stockel Metro Station, where a mural featuring all 140 of the characters from the books is located. If you’re not yet a fan, wait until the Steven Spielberg-directed The Adventures of Tintin: The Secret of the Unicorn comes out this December. After seeing it, you might consider packing your bags, too.

Next up, you can jump back into your Smart rental car and drive about 400 miles to Berlin, where the climactic scene takes place in Brett Battles’ thriller, The Cleaner. The book is about Jonathan Quinn, a guy who gets rid of bodies for a living and ends up in Berlin on a gig. I’ve actually been there and nodded along as I read the novel, thinking, Yup, I’ve done that. Well, I haven’t disposed of any corpses, but I have ridden the Autobahn, walked along Kurfürstendamm past the bombed-out Kaiser Wilhelm Memorial Church that Battles mentions, and I’ve driven around the Statue of Victoria (aka the Victory Column) in Tiergarten, where a tense chase ensues near the end of the book. All this experience not only enhanced the reading, it also made me feel like a badass government operative.

If you’re getting tired of all the driving by now and want a little beach time, look to the movie version of The Bourne Identity or Jeffrey Siger’s novel, Murder in Mykonos, to guide you towards your next vacation spot. At the end of Identity, Jason Bourne (Matt Damon) tracks down his girlfriend Marie (Franka Potente), who’s running a scooter rental shop on the Greek island of Mykonos. I went there a few years ago and immediately knew Marie had the right idea. I seriously considered ditching my life here and selling soup on the streets so I could enjoy the crystal-blue Aegean waters and brilliant sunsets on a regular basis. Author Siger does live on Mykonos part-time and weaves his knowledge of the island’s history into his books. How many guidebooks include a murder mystery for your entertainment?

And these are just European locations. Tim Hallinan’s Poke Rafferty series takes place in Thailand, another place I recommend visiting for its stunning beaches. Part of Brett Battles’s second novel, The Deceived, takes place in Singapore, possibly the cleanest and safest place on earth. When you’re in a country that canes people for drawing graffiti and declares gum illegal so you’ll never step in it on the sidewalk, you can leisurely stroll at night with money swinging from your neck and not worry about being mugged.

But don’t fret if, like most of us these days, the lack of funds is keeping you from buying plane tickets. You can travel to all these places for free by simply picking up the books.