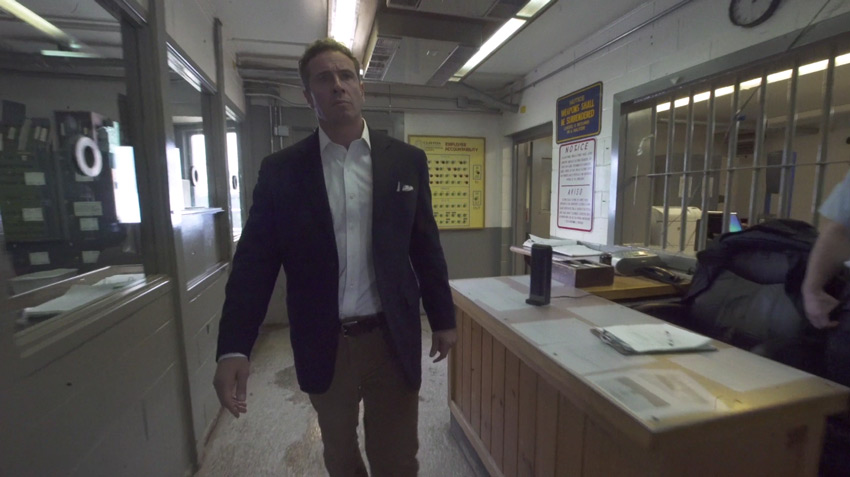 Criminals and their heinous acts are undoubtedly something that fascinates us all, especially fans of thrillers and true crime stories. We follow the sordid details when the bad guys are caught and put on trial, but it’s not the crime itself that draws us in. It’s that unanswerable question of why. Why would someone feel compelled to rape or kill? In many cases, we never find out the answer, so we’re left to speculate, using psychology to give us clues. Now, HLN has a brand new show that not only attempts to truly find out what’s going on inside some of the most corrupt minds in the world but also showcases what some real victims must go through in order to seek justice. It’s a real-life Mindhunter, so go ahead and binge the series and stay tuned for the finale on Sunday, July 15 at 8 p.m. ET/PT, only on HLN.

Episode 1: “The Mind of a Serial Killer”

The first episode, “The Mind of a Serial Killer,” has CNN anchor Chris Cuomo sitting down with Joel “The Ripper” Rifkin, a man who killed 17 women in the New York City area between 1989 and 1993. The episode includes media from Rifkin’s trial as well as interviews with criminal psychologists who have studied Rifkin and others like him in order to develop a profile of this type of criminal mind. But what sets this series apart from others is that interview between Cuomo and the criminal—Rifkin, in this case.

Rifkin himself describes his crimes and how he got caught, and he attempts to explain why he decided to brutally murder 17 women. Interestingly, a lot of what he says contradicts what some of the psychologists have posited. But again, a lot of what he says contradicts the evidence recovered as well. Does Rifkin even know why he did the things he did? Cuomo attempts to find out as they discuss Rifkin’s upbringing as well as the circumstances that led to each murder. And though Cuomo asks some hard-hitting questions, one gets the sense that no one will ever really know why Rifkin, or any other killer, does what he does. But we’re never going to stop asking the question.

Episode 2: “The Anatomy of Rape”

Episode 2 has a much different approach. Rather than allowing a rapist to speak and perhaps glorify his own crime, the focus is on the victims, the standard procedure for a rape investigation, and the politics behind rape-kit testing in this country. 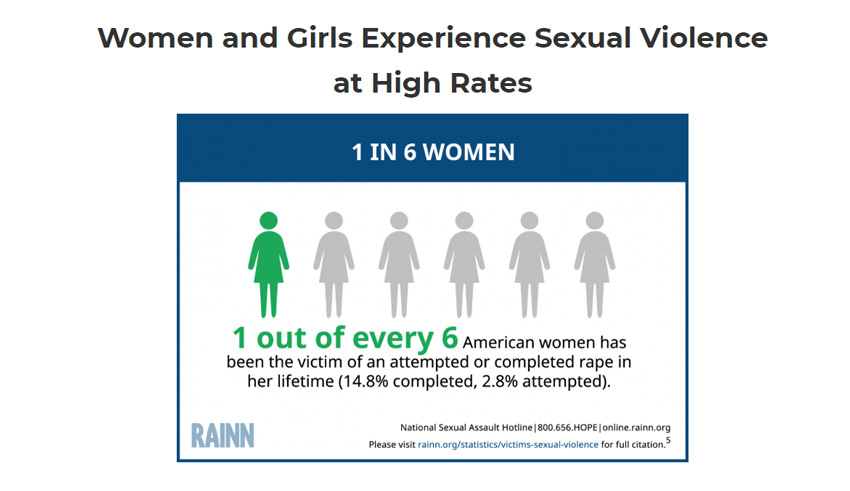 The statistics for rape in the US show a staggering amount of these types of crimes being committed. According to RAINN, one out every six American women have been the victim of a rape or attempted rape within her lifetime, and one out of every 33 men are victims of attempted or completed rape. Both of those numbers are in the millions. So when this show states that 98% of rapists go unpunished, it’s pretty clear that our justice system and our society have a blind spot when it comes to rape and rape victims.

Thanks to the #MeToo movement, more light is being shed on women and their stories of sexual assault and harassment, but that only covers the small number of rapes that are actually reported. So many more victims never come forward. This particular episode might be the most important of the series because of the straightforward nature in which victims are portrayed as well as the facts of how and what kind of support is needed once a victim comes forward.

The third episode in this five-part series is about a different kind of predator, one who carefully curates an image online to seduce women for their money. This is definitely not a new crime, as both men and women have manipulated their way into marriages for money well before the internet existed, but online dating has presented these types of predators with easier access to vulnerable people who are just looking for love.

Online dating can be a scary place. Ask anyone you know who’s ever used one of these sites for their favorite terrible direct messages, and you’ll see. And it’s especially scary for women, who are so much more often the victims of sex crimes, to choose to trust a profile and meet with a strange man on her own. Debra Newell took this risk when she decided to meet up with John Meehan, someone who was very much not who he claimed to be. It’s an extremely dramatic and rather harrowing story—once before documented in an LA Times podcast called Dirty John—but Chris Cuomo’s reporting in this story is especially good, as he approaches the victims in this case without judgement, with neutral questions, and with a fair amount of empathy for the women in the story.

Episode 4: “Till Death Do Us Part”

According to NCADV, “1 in 4 women and 1 in 7 men have been victims of severe physical violence by an intimate partner in their lifetime,” and “the presence of a gun in a domestic violence situation increases the risk of homicide by 500%.” Episode 4 of Inside Evil gives a face to these statistics as Cuomo follows Nicole Beverly through the justice system as she tries to keep her violent ex-husband in jail.

So often, women never make it out of domestic-violence situations alive. There’s a lot of victim blaming, and people often question why someone would stay with a partner under these circumstances. I’m hoping that Nicole’s story will help viewers understand a little better what women face when an intimate partner becomes violent. In her case, she married her college sweetheart, Kevin Beverly, star football player, and it wasn’t long before they had two beautiful baby boys. What started out as smaller violent infractions, however, began to escalate until Nicole began to fear for her life and the lives of the boys. Again, Cuomo approaches Nicole with extreme sensitivity, his questions minimal to allow her to just tell her story. Interestingly, he also visits men in a rehabilitation group for domestic abusers and does allow them to discuss their own violence and why they turned to abuse.

The final episode turns back to the minds of killers as Chris Cuomo interviews Robert Spahalski, a man who’s been sentenced to 100 years in prison for killing four people. What sets this case apart? Robert’s identical twin separately murdered a person as well. “The Killer Twins” explores the ultimate question of where the urge to murder comes from. Is it nature, or is it nurture? It’s an explosive end to what’s turned out to be one of the most interesting and educational true crime miniseries in recent years.

Make sure to tune into HLN this Sunday, July 15th at 8 p.m. ET/PT for the season finale of Inside Evil with Chris Cuomo!