I love to sink my teeth into a juicy new novel or series, especially if it involves a setting I’m either unfamiliar with or a location that I know very well. There’s something thrilling about recognizing local haunts and landmarks I’ve been to, but I also read to escape the ordinary and leave the known for a journey into the unknown.

The best mysteries feature a setting that plays as strong a role in the story as the main characters. Two of my favorite series are set in unforgettable places that influence the characters, the plot, and the recurring themes that make mysteries so compelling. They are Ystad, Sweden and Three Pines, Quebec.

Kurt Wallander is a fictional police inspector living and working in Ystad, Sweden in Henning Mankell’s excellent series. Ystad is a coastal town on the Baltic Sea with approximately 20,000 inhabitants. It’s also an old town, with many old families, dating back to the 11th century. Wallander’s appeal is his very human, very imperfect nature: he drinks too much coffee and alcohol, is often gloomy and introspective, and exercise and a healthy diet take a back seat to solving crime.

Mankell’s books are never just about a murder; they touch on racial injustice, fear of strangers, socio-political issues, generational differences, and more. And always, in the background, is a Scandinavian dreariness that holds the same appeal Wallander himself does—it might not be pretty, but it’s real. It’s gritty and sexy all at the same time. If you’re looking for an intelligent, moody series set in Sweden, you can’t do much better than Mankell’s mysteries.

Thousands of miles away from Ystad is the charming (and sadly fictional) village of Three Pines, Quebec. There, in between interviewing murder suspects and getting to know the locals, Chief Inspector Armand Gamache spends his free time ordering café au laits and baguettes—and mouthwatering salads, omelets, soups, and cakes.

Get the recipes to these wonderful foods as we cook through The Nature of the Feast—the accompanying cookbook to Louise Penny's Inspector Gamache series!

In the world of Three Pines, Louise Penny has created a place that is literally off the grid: it doesn’t exist on maps. Its sheer isolation allows lies to fester and grudges to build. The villagers that live in Three Pines value their privacy and their secrets, and boy oh boy do they all have secrets. Some are shocking, some are criminal, and some are the kind of secrets that one might kill to hide.

Thankfully, in spite of all the murder and intrigue, the town remains civilized; there’s a bookstore, a café, a bed and breakfast, and even a boulangerie for fresh muffins. If I could, I would spend a crisp autumn day in Three Pines, strolling along the Bella Bella River—but you better believe come nightfall, I’d be back in my car driving far, far away, lest I wind up a corpse (with a side of croissants).

Ystad and Three Pines represent the exotic, the unknown. What about the more familiar, those stories that fall a little closer to home?

For me, that’s Colorado. John Denver sang of a Rocky Mountain High, and with the legalization of marijuana in Colorado, you wouldn’t be faulted for thinking we’re about two things here in the Centennial State: the mountains and pot. Of course, there’s also the 230 microbreweries, the 300 days of sunshine, and the 6,000 miles of rivers.

In my mind, it’s the perfect place to set a mystery series. You see, behind all the sunshine and the natural beauty, there’s a darkness. It exists in the topography, in the history, and in the changing of the seasons. You can find it in the forests, where the peaks of the Rocky Mountains block the sun. It lives in the hundreds of ghost towns that lie across the state like scattered skeletons, mere shells of once flourishing mining camps. In autumn, darkness rolls in with the last of the falling leaves; it settles down and stays through the spring.

Imagine: a terrible blizzard cuts off a small town from the rest of the world, trapping both a killer and his would-be prey. A summer day turns tragic on an alpine lake—but was it truly an accident? Or something more sinister? A ghost town, rife with rusty mining equipment and tattered pioneer artifacts, hosts a convention of history buffs. It may be lights out for the group, though, after one of their own is found dead in the opera house.

The common thread in all three of these potential mystery plots? A Colorado setting. From the high city of Leadville to the plains of the Comanche National Grassland, there are a thousand mysteries waiting to be told and read … if you’re brave enough to step out of the sun and into the darkness.

To learn more or order Inherit the Bones, visit:

Emily Littlejohn was born and raised in southern California and now lives in Colorado. If she’s not writing, reading, or working at the local public library, she’s enjoying the mountains with her husband and sweet old dog. She has a deep love of horror stories, butter pecan ice cream, and road trips. Inherit the Bones is her first novel. 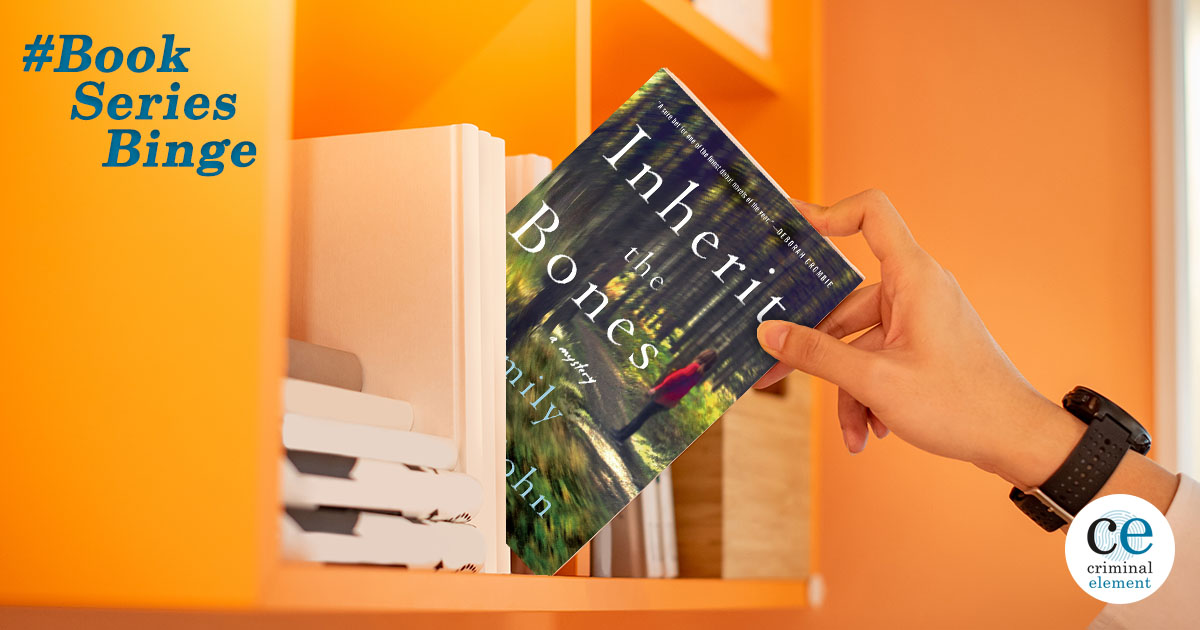 Chapter One In my dreams, the dead can speak. They call to me, in whispers and murmurs, and I greet them by name, like old friends. Tommy and little Andrew. They seem to smile in return but this is merely my imagination; I have no way of knowing what their smiles looked like. I’ve seen… 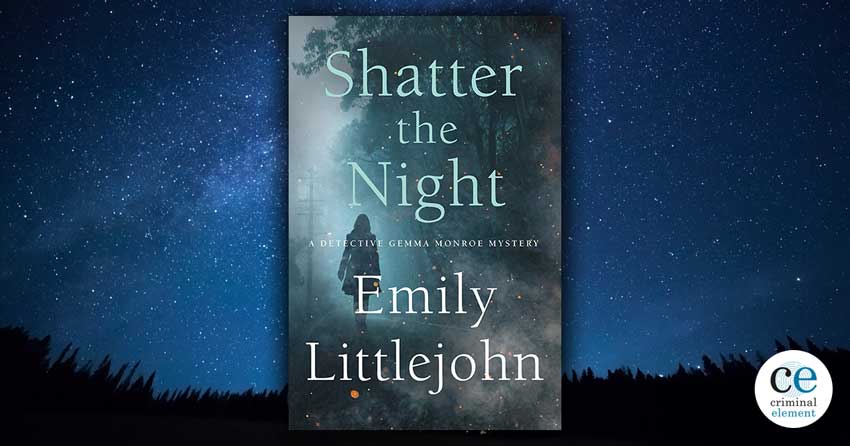 Shatter the Night by Emily Littlejohn: A Visual Guide

Shatter the Night by Emily Littlejohn is an enthralling, atmospheric novel and the fourth book in the Detective Gemma Monroe series—take a visual tour with GIFnotes! It’s Halloween night in Cedar Valley. During the town’s annual festival, Detective Gemma Monroe takes a break from trick or treating with her family to visit an old family… 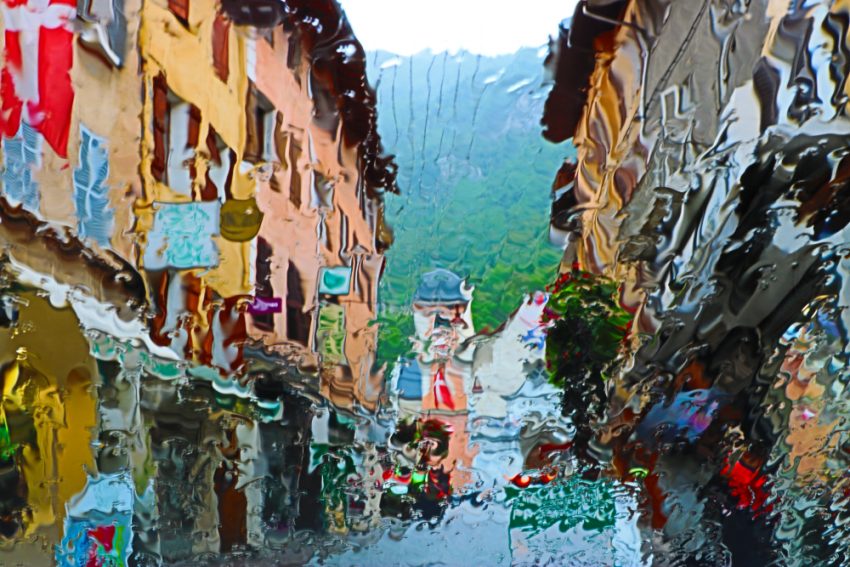 What would you do if your life started mirroring that of your character? If you’re a horror author, you might freak out. Romance novelists, on the other hand, might find it exciting and sexy. But I’m a mystery writer, which leads me to believe that the most appealing mysteries are those grounded in reality. Let…