How To End The World In Five Easy Steps

January 31, 2020
Join Andrew Hunter Murray, author of The Last Day, a debut thriller set in a terrifyingly plausible dystopian near-future, as he shares what he learned while penning his novel, and read on for some useful tips on world-building... or destroying. 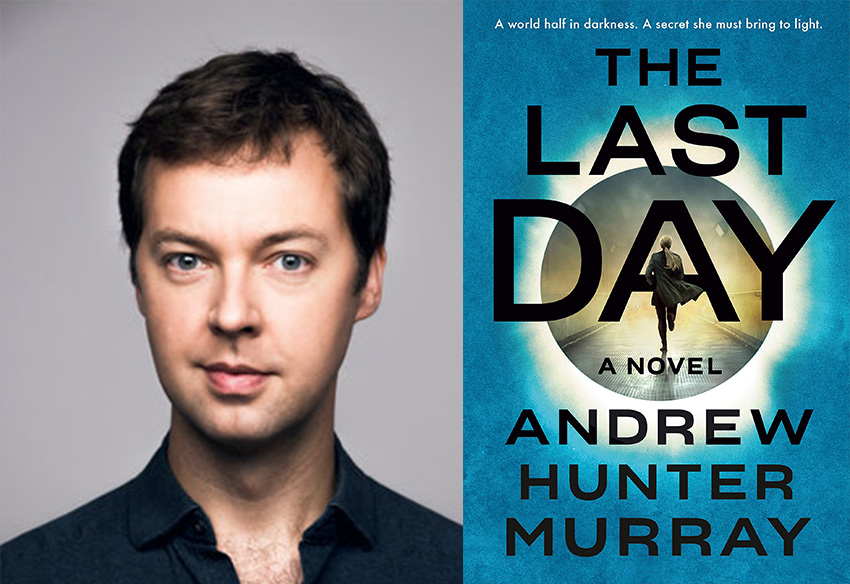 The book I’ve written (my debut novel) is called The Last Day. It is set in our world, forty years into the future—a world in which, thanks to a catastrophe in the heavens, the planet’s rotation has ground to a halt. Half the planet faces inwards, towards the sun; half faces out, towards the bleak, frozen universe. And the few governments still functioning on the sunlit side (including a British/American combo) are willing to do anything to survive.

It’s fair to say that this is an unlikely premise. I would stake a lot on it never happening. But it’s also a way of describing a world which is suffering with new extremes in climate; a world in which people have fled their homes in order to seek sanctuary; a world where the old certainties and stabilities are starting to break down, and nobody knows exactly what our home will look like at the end of this century. I grew up reading great books about worlds like this, slightly altered worlds that would make a huge change but then took that change seriously. If you’ve ever read The Day of The Triffids, where strange new plants suddenly gain the advantage over humankind, or The Children of Men, where no babies have been born for eighteen years, or The Power, where women develop the power to electrocute and the social structures of the last 10,000 years turn upside down, you’ll know what I mean.

So this is a guide to some of the principles I learned (slowly and painstakingly) during the writing of The Last Day. You’ve got your own new world you want to summon into being—or destroy. How do you get there from here?

Those are the few tips I’ve picked up writing my first novel—and I’m sure I’ll have changed them all by the time I finish my second. Good luck bringing your own worlds to a screeching halt. 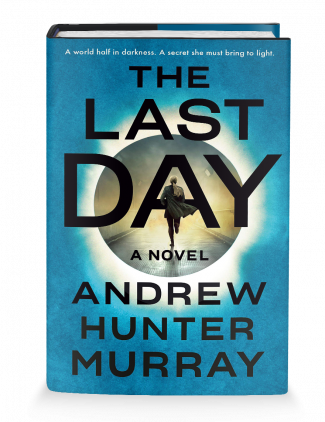 About The Last Day by Andrew Hunter Murray:

A world half in darkness. A secret she must bring to light.

It is 2059, and the world has crashed. Forty years ago, a solar catastrophe began to slow the planet’s rotation to a stop. Now, one half of the globe is permanently sunlit, the other half trapped in an endless night. The United States has colonized the southern half of Great Britain – lucky enough to find itself in the narrow habitable region left between frozen darkness and scorching sunlight – where both nations have managed to survive the ensuing chaos by isolating themselves from the rest of the world.

Ellen Hopper is a scientist living on a frostbitten rig in the cold Atlantic. She wants nothing more to do with her country after its slide into casual violence and brutal authoritarianism. Yet when two government officials arrive demanding she return to London to see her dying college mentor, she accepts – and begins to unravel a secret that threatens not only the nation’s fragile balance, but the future of the whole human race.

Andrew Hunter Murray is a writer and comedian. He is one of the writers and researchers behind the BBC show QI and also cohosts the spinoff podcast, No Such Thing as a Fish, which, since 2014, has released 250 episodes, been downloaded 200 million times, and toured the world. It has also spawned two bestselling books, The Book of the Year and The Book of the Year 2018, as well as a BBC Two series No Such Thing as the News. Andrew also writes for Private Eye magazine and hosts the Eye‘s in-house podcast, Page 94, interviewing the country’s best investigative journalists about their work. In his spare time he performs in the Jane Austen–themed improv comedy group Austentatious, which plays in London’s West End and around the UK. The Last Day is his debut novel.