Growing Pains: How to Develop Characters in a Series

J.J. Hensley, author of Record Scratch, asks a question on the mind of all authors: how much should our main characters change over time? Maybe Jack Reacher knows... 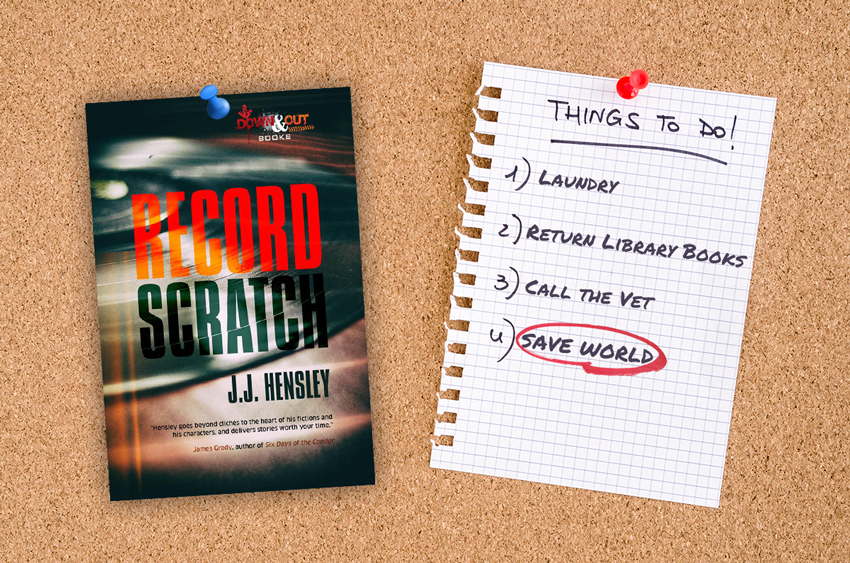 We like the dependable. We say we desire unpredictability and we do when it comes to how a story unfolds. However, when it comes to protagonists in a series, we generally enjoy feeling confident about how our hero, or anti-hero, will feel about a given situation. That’s usually what readers want and it sells books. Lee Child’s Jack Reacher is perpetually single, has a strong moral code, and his homeless ass will have no problem wandering into town to pummel bad guys who bully others regardless of whether the trouble is unfolding in Book One or Book 23. He’s a rock. It’s going to happen.

But in the same way that not all men are built like Jack Reacher, not every series succeeds like the Jack Reacher novels. Often, series need to adapt, and this raises some questions: How much should characters change throughout a series? How fast should life changes occur? If you have your protagonist do X in the second book, are you painting yourself into a corner for the rest of the series? How fast should your characters age between books? There are no simple answers.

Even when we keep in mind that readers will suspend their disbelief to a certain degree, many of the things we do as authors of series are actually comical and don’t reflect reality in the slightest. The absurdity of many of things we have our characters do, or not do, remind me of stories I’ve heard from Civil War battlefield reenactments. Nobody ever dies during the first ten minutes of a reenactment because, let’s face it, who wants to get dressed up as a soldier and drive all the way to a National Park just to lay on the ground for an hour or two? It’s absurd, but spectators and participants make certain allowances. Authors and readers do the same. I don’t mean we dress up as soldiers and shoot at each other, although some writer’s conferences do get really weird.

If eHarmony existed in the world of crime fiction, the internet couldn’t handle the traffic.

But, think about it—how many protagonists are single? Tons. Especially in crime fiction. It’s because readers love the possibility of a romantic interest and while there are plenty of books out there that have main characters who are married with kids, it’s a safe bet the percentage of singles in novels is overwhelming. If eHarmony existed in the world of crime fiction, the internet couldn’t handle the traffic. Not only are characters generally single, but they rarely have to balance their ongoing adventure around PTA meetings, their kid’s baseball practice, or the dentist appointment that has been on the calendar for the past six months. But that’s real life stuff, and people don’t read fiction to hang out in real life.

The interesting decision for authors to make is whether to develop characters as if they are experiencing life’s real ups, downs, and hassles. None of us are the same person we were ten or even five years ago, but many of our favorite characters are static. But if the characters change in major ways, are we alright with the transition?

In my latest series, I’ve decided to allow the main character to evolve in his approach to life and those around him based upon what he’s dealt with throughout the various chapters of the books. It’s a deliberate choice and one in which I have full confidence. Not a doubt in the world.

Actually, I have absolutely no idea if it’s the correct decision. Because I’m a human being, not a static character in a book, and my thoughts about the topic change from moment to moment. In fact, I may have made a huge mistake. The direction of my entire series might be wrong. Even my entire take on character development in a series might be a bad idea, but the manuscript is already headed to the publisher, I have to get my kid to Taekwondo, the dog has to go to the vet, I’ve got a mortgage because I’m not f—— Jack Reacher, and…

My point is, we all change and characters can too. Should they? Hell, I don’t know. Perhaps as long as each book in a series is written so that any of them could be picked up as a standalone novel, then the idea works. The hard part is giving the reader enough backstory to let them get to know where the character is coming from without bogging them down with what was missed in other works. If done well, each book in a series can represent its own riveting tale while allowing those who step back to take in the entire journey of the characters throughout several novels something really special.

J.J. Hensley is a former police officer and Special Agent with the U.S. Secret Service. He is the author of the novels Resolve, Measure Twice, Chalk's Outline, Bolt Action Remedy, and Record Scratch. He graduated from Penn State with a B.S. in Administration of Justice and has a M.S. degree in Criminal Justice Administration from Columbia Southern University. Mr. Hensley's first novel, Resolve, was named one of the Best Books of 2013 by Suspense Magazine and was named a Thriller Award finalist for Best First Novel. He is a member of the International Thriller Writers.