Gimme Shelter: The Role of Books in Providing a Safe Space to Examine Society

Read this exclusive guest post from author Rio Youers, then make sure you're signed in and comment below for a chance to win a copy of his latest horror-thriller, Halcyon! 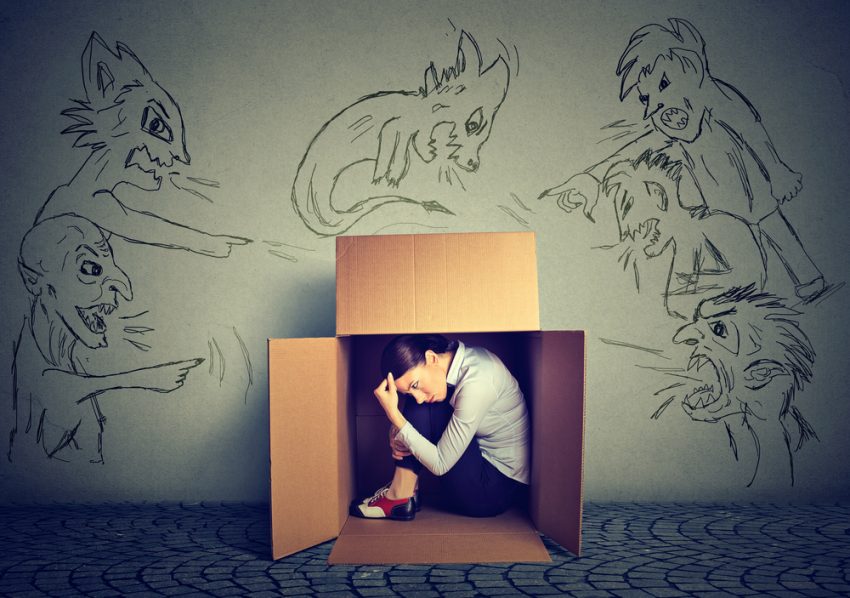 Mick Jagger sings that a storm is threatening, that a fire is sweeping, that war is just a shot away. The lyrics to “Gimme Shelter” were penned in 1969 in response to the Vietnam War and to an altogether troubling era in the world’s history. It’s a political song and a very dark song. Apocalyptic, even. But an artist’s creativity is his or her emotional outlet. The Stones created a shelter within this song, and they share it with their audience.

Here we are, nearly 50 years later. At the time of writing this, President Trump is on the verge of a trade war with China, and children are being separated from their parents at the US-Mexico border. The top three hardcover fiction titles on the New York Times bestseller list are The President is Missing by James Patterson and Bill Clinton, The Outsider by Stephen King, and Shelter in Place by Nora Roberts. All fall into the thriller/suspense category. The latter deals with the aftermath of a mass shooting outside a mall.

This is not a political essay. I want to put that out there right away. This is a post about the beauty and power of books and how, in this uncertain time, we need great storytelling more than ever. A novel is an escape hatch—an infallible way to leave the real world behind, to assume the life of another and adopt their strengths and travails as if they were our own. But a good novel is also a shelter, which is not the same as an escape; a shelter keeps us safe while enabling us to look at and understand the things from which we take shelter.

Strong storytelling, from The Power of Sympathy to The Outsider, provides the reader with armor, and even when the story has ended, the armor remains. We, the readers, are more prepared for what the real world will throw at us because good fiction conditions the soul. This is true across all genres because storytelling adopts a common thread. The basic structure of nearly every novel is: 1) Introduce protagonist; 2) Protagonist encounters challenge; 3) Protagonist endeavors to overcome challenge. Yeah, I know there’s more to it. There’s worldbuilding and characterization and blah-blah-blah. But when you strip it down to the bare bones, these three points prevail, and always with a focus on challenge. Whether you’re reading Toni Morrison or Dean Koontz, it’s the challenge—be it heartache or the boogeyman—that draws us, as well as observing how the protagonist deals with it.

My new novel, Halcyon, asks questions about shelter and escape. Is it better to run from our problems or face the battle head-on (a question that a lot of Americans have been asking in the last 18 months or so)? After a personal tragedy, my main character, Martin Lovegrove, moves his family to a remote island community. At the same time, his 10-year-old daughter withdraws to a make-believe world to protect herself from the terrible premonitions that invade her mind. Obviously, it wouldn’t be much of a story if they all lived happily ever after (remember what I said about the reader being drawn to the challenge?). Therefore, Martin discovers that the utopia-like community of Halcyon isn’t as idyllic as he’d been led to believe, and things quickly take a dark turn.

It’s a no-holds-barred story featuring an average American family trying to exist in a country they barely recognize. It deals with political unrest, social division, and domestic terrorism. The America I bring to the page is a hurting place. It’s blisteringly honest yet somehow hopeful. Early reviews have been positive, and more than one has used the phrase “ripped from the headlines.” There exists, then, an interesting parallel between the reader and the novel’s characters: do I really want to confront this, or should I look the other way? In other words, why read a novel about the dark side of America when the real world is just a shot away?

I defer in this to another of Halcyon’s characters, an elderly and wonderfully eccentric psychic named Calm Dumas (I imagined her as the improbable love child of Mr. Miyagi and Tangina Barrons from Poltergeist). “We can’t nurture our souls from a distance,” she says to Martin Lovegrove at one point. “We get stronger when we overcome.”

Good fiction encourages us to examine not only beauty and triumph but pain and tribulation too. I am reminded of a wonderful quote from Coraline by Neil Gaiman, “Fairy tales are more than true: not because they tell us that dragons exist, but because they tell us that dragons can be beaten.” A beautiful observation, and so very true; stories—not just fairy tales but all stories—help us to overcome. And in this intoxicating age of social media, when everything is being crammed down our throats, it’s more important than ever to take shelter—to look at the world from a place of protection. Only then can we deconstruct … understand.

And yes, there’s a place for escape, to retract from the world absolutely with no agenda beyond freedom. A good novel will give us this too. A good novel is a portal. It is a guardian. It will galvanize and educate.

In 1969, Mick Jagger sang that a storm is threatening, that a fire is sweeping. Nearly 50 years later, the storm is deeper and the fire rages higher.

Fortunately, we’ll always have books to keep us from fading away.

Read an excerpt from Halcyon!

Comment below for a chance to win a copy of Halcyon by Rio Youers!

Halcyon Comment Sweepstakes: NO PURCHASE NECESSARY TO ENTER OR WIN.  A purchase does not improve your chances of winning.  Sweepstakes open to legal residents of 50 United States, D.C., and Canada (excluding Quebec), who are 18 years or older as of the date of entry.  To enter, complete the “Post a Comment” entry at https://www.criminalelement.com/gimme-shelter-the-role-of-books-in-providing-a-safe-space-to-examine-society-comment-sweepstakes beginning at 3:00 p.m. Eastern Time (ET) July 9, 2018. Sweepstakes ends at 2:59 p.m. ET July 24, 2018. Void outside the United States and Canada and where prohibited by law. Please see full details and official rules here. Sponsor: Macmillan, 175 Fifth Ave., New York, NY 10010.