From Romance to Thriller

March 4, 2020
Join Natasha Preston, #1 New York Times bestselling author of The Cellar, as she highlights her evolution from romance writer to thriller writer, and look for her new psychological thriller, The Twin. 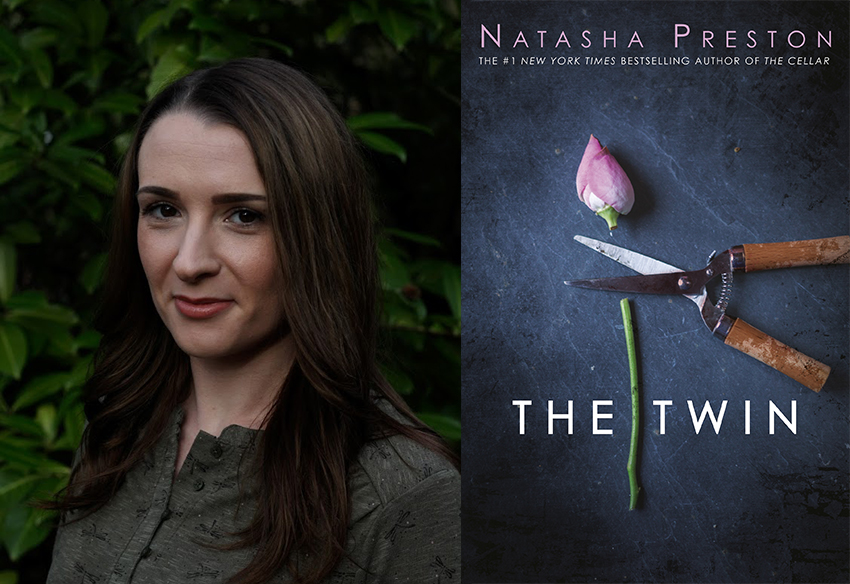 I first dipped my toe into the pool of writing with romance. It was 2010, and I had never even thought about being an author. I found a site called Wattpad while scrolling through the App Store. Wattpad is a platform where amateur writers post their stories online for anyone to read. At first I was a reader, and the site was predominantly romance. That was fine—I’ve always liked reading about people falling in love and the dramas along the way. A month later, with a few ideas floating around my head, I decided to write my first novel. Then my second and third.

While my romances are by no means dark, they do deal with some dark subjects and situations. I still enjoy writing couples who fall in love and overcome obstacles, and I love a nice happy ending and characters who get what they want. But I began to want something different. I would write a circle of friends, each one finding love, and then find myself wondering why I wasn’t having a character kidnapped or murdered.

There are certain rules you need to follow for a romance to be a romance. Killing main characters, I’m told, is strongly frowned upon. Though I have done it . . . and ended up having to stick the book in another category.

I wanted to write something that makes your pulse race for different reasons. When I was fourteen, I remember sitting in a sociology lesson. The teacher asked us whether we thought people are born the way they are or if they’re made that way through experience. School wasn’t my favorite—I liked lunch break and that was about it—but with that lesson, I finally found a subject that I enjoyed. It just happened to involve some questionable human behavior.

There are people who have lived through horrendous childhoods, full of abuse and neglect, and others who had strict and stifling upbringings. It’s easy to see why they may not be capable of compassion or remorse—why the rules of society don’t make sense to them.

The question of whether we are born the way we are or become that way has driven all my villains. It’s the first thing I ask myself about a character, and as soon as I know the answer, I have my bad guy or girl and a (literal) killer plot.

Some of my characters are driven by an internal need, something planted in them during childhood. These are the ones who kidnap women to create their own family and murder prostitutes to “cleanse the world.” The ones who are out for revenge or driven by jealousy are the ones stalking and killing the friends and family of their victim.

The first thriller I wrote was The Cellar, and I wanted to get inside the head of my villain. So I began researching serial killers. I think I’ve watched every documentary and interview out there. Why do they kill? What do they feel like they’re doing? What turned them into the person they are? How did they go from thinking about killing or kidnapping to actually doing it?

I’ve been fascinated with murderers and people who do hideous things for as long as I can remember. I have notebooks full of ideas. I wanted to write about kidnap, revenge, cults, murder, stalkers, teen killers. I wanted to write about teens in trouble—sometimes victims and sometimes villains. My thrillers are written for teens. There’s something rather enjoyable about putting teenagers in dangerous situations.

I think I would be hauled in for questioning if the cops were ever to check my browser history. Delving into the mind of kidnappers and serial killers felt really good. Did that scare me? A little, but the words came naturally. Sixteen books later and he is still my favorite character that I have written. I’m itching to write from the perspective of a bad guy or girl again.

We’re all allowed to admit that murderers fascinate us now, so thankfully I’m not a weirdo anymore. I can write about people who do awful things, and I can discuss them on my social media platforms with readers who are equally intrigued by the bad. Then I can flip to another manuscript and write something lovely so I don’t dream about being kidnapped . . . again. 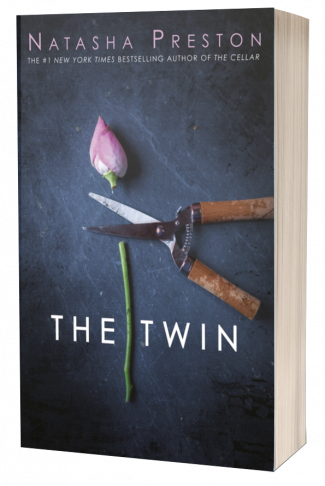 About The Twin by Natasha Preston:

After their parents divorced, 10-year-old twins Ivy and Iris were split up – Ivy lived with Dad, Iris with Mom. Now, after a tragic accident takes their mom’s life, the twins are reunited and Iris moves in with Ivy and their dad. Devastated over Mom’s death, Iris spends the first few weeks in almost total silence – the only person she will speak to is Ivy. Iris feels her life is over and she doesn’t know what to do. Emmy promises her twin that she can share her life now. After all, they’re sisters. Twins.

It’s a promise that Iris takes seriously. And before long, Ivy’s friends, her life at school, and her boyfriend, Tyler, fall under Iris’ spell. Slowly, Ivy realizes she’s being pushed out of her own life. But she’s just being paranoid, right? And Mom’s accident was…just an accident. Right? It’s not like she – or Dad – or Tyler – are in any danger….

Natasha Preston is the #1 New York Times bestselling author of The Cellar, The Cabin, Awake, You Will Be Mine, The Lost, and, her latest, The Twin. A UK native, she discovered her love of writing when she shared a story online–and hasn’t looked back. She enjoys writing romance, thrillers, gritty YA, and the occasional serial killer. Visit Natasha online at natashapreston.com and follow @AuthorNPreston on Twitter and @authornatashapreston on Instagram.