Corporal Holly Martin's small RCMP detachment on Vancouver Island is rocked by a midnight attack on a woman camping alone at picturesque French Beach. By the time a third young woman is raped in daylight and gives a precise description of the assailant, public outrage and harsh criticism of local law enforcement augment tensions in the frightened community.

Twilight Is Not Good for Maidens by Lou Allin is third in a series about Royal Canadian Mounted Police Corporal Holly Martin that began with And on the Surface Die. Allin is also known for her series featuring Northern Ontario realtor Belle Palmer, an amateur detective.

The plot of Twilight Is Not Good for Maidens combines a police procedural with gradually building danger from several angles that adds the feel of a thriller. It’s the first book I’ve read by this author, and as well as the new-to-me perspective of an RCMP investigation, I really enjoyed the claustrophobic feel of the forested setting, exacerbated because Martin’s detachment is located on Vancouver Island, which to some degree isolates them from the mainland.

The setting plays a large part in the overall atmosphere of the story, and Allin meticulously describes it for the reader through a mixture of factual detail and impressions of what it’s like to live on Vancouver Island, not just physically but socially. Martin’s point of view is like having a particularly knowledgeable local guide, one who is able to place the setting into a useful context. Martin’s environment is connected to the rest of the world, but it’s also set apart, not quite city and not quite wilderness. It’s a liminal place where dangerous things might happen.

She backed onto the street as the dashboard clock ticked 12:10. With no traffic, fifteen minutes to the beach. Passing properties with acreage sliced from former farms, overseen by a curious llama with its head over the fence, she turned right onto West Coast Road, skirting Gordon’s Beach, a toenail of land bearing run-down shacks from the fifties next to Hobbity half-million dollar homes on postage stamp lots. It was a bad place to be without coffee. Urban conveniences hadn’t found this part of Vancouver Island. Fifty minutes to the east was the corner that enveloped Victoria, the provincial capital of 335,000 people. Not all the armies in the world could stop retirees from selling their snow blowers and converging on Canada’s Caribbean, despite the sky-high real estate prices and costly ferries. She drove past Tugwell Creek, then Muir, each one with a Protect-our-Resource sign, flagging the tributaries of salmon spawning which, along with timber, anchored the economy. A dark and ugly area of clearcuts flashed by, devastation visible only from the air. Even in this recession, the Chinese dragon had a huge appetite for wood.

…Securing the scene with one person or even five was a joke. Anyone could beat it through the surrounding woods. What were they supposed to do, put up roadblocks and stop traffic? People in the boonies “knew” the road and drove like the proverbial bat. Erecting something unexpected was asking for an accident, especially with all the curves and hills. She could imagine one of the hundred timber trucks that passed weekly losing its load and crushing cars. Maddie had said that she had arrived alone and seen very few people. “But it didn’t bother me,” she had insisted. “Being from the North, this isn’t what I would call wilderness.” Holly agreed.

The remote setting mirrors Martin’s isolation as an investigator.  Because of her low rank and the location of her small detachment, she’s not always at the center of the investigation. She doesn’t have the luxury of being a loner who solves everything on her own; she has to constantly deal with other officers, with bureaucracy, and with the local population.  Yet at the same time, her lack of knowledge puts her on a bit of a mental island at times, and she must find and put details together in her own mind. It’s probably a more realistic view of what police work is really like than is sometimes presented in novels.

Readers who are interested in dense local detail along with their mystery plots will find plenty to interest them in Twilight Is Not Good for Maidens. 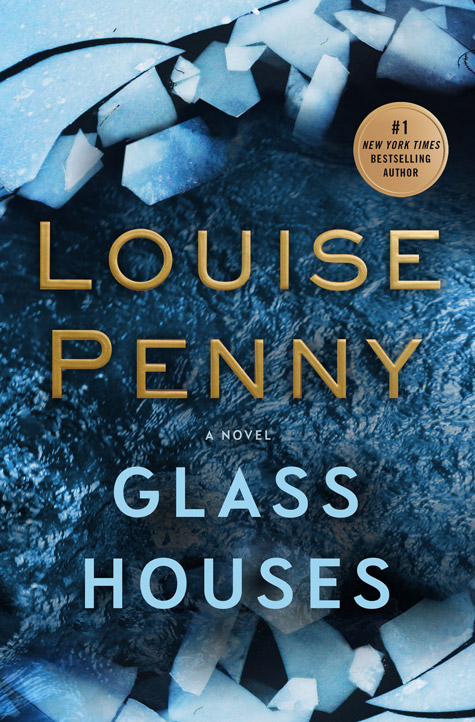 Glass Houses will be the 13th novel in Louise Penny's Chief Inspector Armand Gamache series. Pre-order your copy today! When a mysterious figure appears in Three Pines one cold November day, Armand Gamache and the rest of the villagers are at first curious. Then wary. Through rain and sleet, the figure stands unmoving, staring ahead. From the…