The Wrath of Angels is the eleventh Charlie Parker thriller by John Connolly (available January 1, 2013).

In the depths of the Maine woods, the wreckage of a plane is discovered. There are no bodies, and no such plane has ever been reported missing, but men both good and evil have been seeking it for a long, long time. For the wreckage conceals a list of names, a record of those who have struck a deal with the devil. Now a battle is about to commence between those who want the list to remain secret and those for whom it represents a crucial weapon in the struggle against the forces of darkness.

The race to secure the prize draws in private detective Charlie Parker, a man who knows more than most about the nature of the terrible evil that seeks to impose itself on the world, and who fears that his own name may be on the list.

Never doubt that Evil exists. Not the little evils of the world, like the teenager selling dope on the corner, or the thief who breaks into your apartment to steal your television so he can buy the dope from corner guy. Not even the classroom bully who assuages his own insecurities at the expense of others. No, the Evil of John Connolly’s world, the world that will become yours from the very first page of The Wrath of Angels, is pervasive and permeating, a deep current running beneath the world and rising in the mist of the dark woods surrounding the fallen plane.

Nothing so simple as vampires, as werewolves, as zombies inhabit Connolly’s world. Evil is too subtle for such displays. And yet, his characters are aware of it in the same way normal people are, the same way we understand by instinct that which we cannot name.

She felt an ache in her stomach, a cold pain. She’d always had a good sense about other people, although Chris just tended to smile indulgently when she spoke of it. Men were different. They were less attuned to their own potential vulnerability. Women needed that added awareness of the dangers that surrounded them. She’d passed it on to their girls, she hoped, attuning them to it. This man meant them some harm, she was sure of it. She was just glad that the girls were safe with her parents in Albany and not out here in the woods. She tried to speak, but then Chris’s hand slipped from hers and he was moving again, following the slowly waving figure, following him deeper and deeper into the woods. And she followed after.

The woods, like the story itself, grow ever darker, lit only by flashes of humor that tend to arise in Connolly’s characterizations:

The Fulcis were almost as wide as they were tall, had cornered the market in polyester clothing that always looked a size too small for them, and were medicated to prevent excessive mood swings, which meant only that any damage caused by non-excessive mood swings would probably be limited to property and not people.

We can laugh at the Fulcis precisely because they are the kind of nastiness we understand; mobbed-up, slicked-back, ignorant, violent men who still love their momma allow us a sense of superiority. We spend our lives avoiding or fending off Fulcis of one sort or another. They are our groping-handed bosses. Our cheating spouses. The accountant with his hand in the till. They are bad men. Perhaps even very bad men. But they are not to be confused with the Evil that is, for example, Brightwell.

And all the time I kept coming back to Brightwell: Brightwell, a killer of men and women; a harvester and a repository of souls; a being whose image had appeared in photographs from the Second World War, hardly different from the face of the man who had still been murdering for his cause sixty years later, and who bore a startling resemblance to a figure in a centuries-old painting of a battlefield, fighting alongside a fallen angel. I had killed him, and yet I had been led to doubt whether one such as he could ever be dispatched with a bullet or a blade. I still heard whispers of creatures reborn, of the transmigration of spirits, and had witnessed the consequences of vengeance pursued through generations.

Brightwell, and those like him, were not of the order of men. They were other.

And “other” is as close as Parker wants to get to defining the Brightwells of the world, despite his increasing clashes with them. What he has gained, however, after ten books of fighting the kinds of scum, both natural and supernatural, that slip away from warrants, restraining orders, the civilized treatment of uncivilized beings, is a clearer understanding of his own place—of his and Angel’s and Louis’s places—in the battle.

But Louis killed people, and Angel sometimes helped him, and, even if they didn’t openly advertise this particular service, the air of potential lethality that hung around them both was usually enough to convince the more sensible of citizens that they should keep their distance. I sometimes wondered how like them I was becoming; they had set up Reed and his associates, but I had formulated the plan. A moral philosopher might have said that I was becoming like those whom I fought, but he would have been wrong. I was my own unique form of monster.

And this, after all, is the heart of The Wrath of Angels. The recognition that each of us must come to, the acknowledgement of our own monstrousness and our obligation to fight that within us which echoes Brightwell’s greed for souls, his constant taking from the world without giving back. For in the taking, and in the selling of the soul for profit is Evil born and reborn. 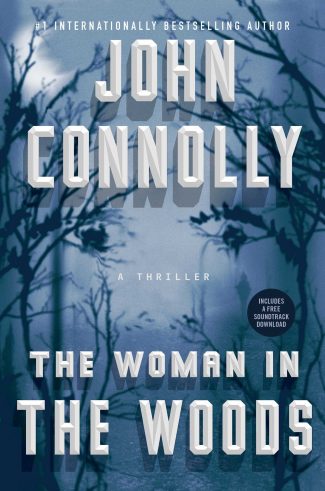 The Woman in the Woods by John Connolly is the 16th book in the Charlie Parker series, where the body of a woman—who apparently died in childbirth—is discovered, and Parker is hired to track down both her identity and her missing child. Irish writer John Connolly has won the Agatha, Anthony, Barry, Edgar, and Shamus awards… 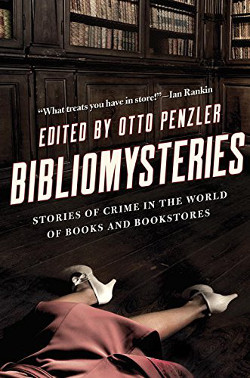