The Viper by Håkan Östlundh (translated by Per Carlsson) is a noir Swedish police procedural (available August 7, 2012).

It’s not entirely clear what Arvid Traneus did in Japan besides make obscene amounts of money. And have sex with a hooker named Kass. But when he comes back home to Sweden, after spending nearly a decade in Tokyo raking in the dough and enjoying the carnal pleasures that can be purchased with that kind of wealth, it turns out maybe he should have stayed away. Granted, there wouldn’t be much of a plot if he didn’t return. But if you think of it purely in terms of character survival, bad things happen when Arvid comes home to roost. People die. And since this isn’t a cozy English village whodunit, people die in deliciously gruesome ways. Even though life might move a little slower on the isolated island of Gotland, its criminals aren’t placid.

The discovery, a few days after Arvid’s return, of two mangled bodies in the Traneus farmhouse points to a killer with some rage issues that need addressing. Lead detective Fredrik Broman starts things off with a top-notch observation.

“A lot of blood,” said Fredrik.

“Yeah. He must be completely drained,” said Ove and pointed to the body in the corner.

The man’s head, which hung at an odd angle because of the partially severed throat, was completely ripped to shreds. His eyes were gone and what was left of his face was just a mass of blood and deep gashes. The hands were sliced halfway through and the rest of the body was covered in long, deep cuts. Portions of the man’s entrails were hanging out from the gaping abdomen. Fredrik thought he could make out a sliver of the liver on the spilled-out peritoneum, but it wasn’t easy to determine what was what. The body lay in an almost unbelievably large pool of dried blood, the trousers had become soaked a deep red.

Though it’s not entirely clear who The Man Without a Face is (all faceless candidates, it should be noted, thoroughly lack the moral character of the original MWaF, from the 1972 young adult book of the same name), the dead woman is soon identified as Arvid’s wife, Kristina. It’s easy to assume that her companion-in-hacked-up-demise is Arvid, but that would be too simple.

Fredrik and his team discover that the faceless man is actually Arvid’s cousin, Anders. Kristina and Anders got awfully friendly while Arvid was away, taking the phrase “kissing (your husband’s) cousin” a little too literally. Especially when the rumor around town is that said husband is the kind who takes out his aggression on you. Arvid is, of course, a suspect. It would make Fredrik’s job decidedly less tricky, though, if he could find Arvid. One theory is that the cuckold Swede, fresh from his decade of Japanese sex and fortune-making, discovered his wife and cousin together, hacked them to bits and then left the country because he obviously has a passport. Trouble is, there’s no record of his departure.

The Traneus children seem about as well-adjusted as you’d expect of progeny of Arvid and Kristina’s union: Ricky is a part-time accountant, fiercely loyal to his father but with deep-seated issues about his own sexuality, while surly Elin lives in Stockholm and has just started a rigorous five-year course in psychology, which is more than a little ironic (she’s using Daddy’s money in an attempt to flee the nest and become independent). And then there’s the dead eldest daughter, Stefania, deceased for a decade under hushed up circumstances (was it cancer? perhaps something more sinister?), whose presence haunts the story in the way that Family Secrets do, the kind with a capital “F” and a capital “S.” When another body turns up—chopped up this time and buried in a pit—it looks as though the Family Traneus may be shrinking by the day. But as we get to know them, it’s hard to argue that it’s such a bad thing that some of them are getting, well, weeded out.

Not only are there faceless corpses to identify but we’re left to wonder how our hero, Fredrik-who-helpfully-quantifies-blood-Broman, ends up in the Swedish version of the ICU. Östlundh tells the same story from two different points in time until they converge near the end. Until then, we’re left to wonder who among the parade of malcontents (most of them with the last name of Traneus) put Fredrik in the hospital and, we assume, took a machete, or something equally sharp, to Kristina and Anders. And Fredrik, despite his less-than-stellar powers of observation, is a guy we’re rooting for. Crime fiction is full of lone wolf heroes but not everyone is so upfront about it:

Fredrik wasn’t much for team sports. He preferred track and field, tennis even. Team sports mostly just made him want to kick someone really hard in the shins.

Score one for Fredrik. 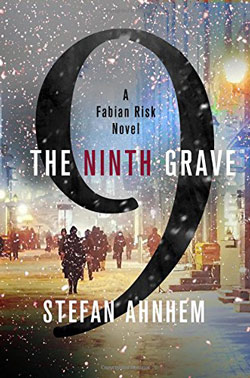 Would you kill for the one you love? That's the question that international bestseller Stefan Ahnhem's The Ninth Grave: A Fabian Risk Novel seeks to answer in this spine-tingling thriller set six months before the events in Victim Without a Face (available December 5, 2017). On a cold winter evening, the Swedish minister of justice… 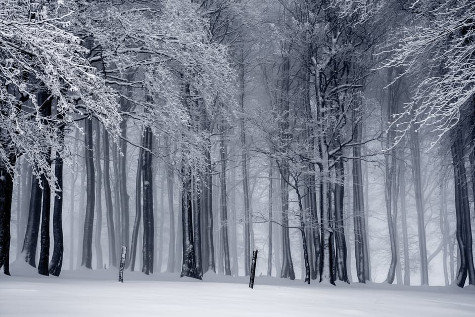