The Sun is God by Adrian McKinty is a historical crime novel featuring a veteran of the second Boer war trying to solve a murder on an island of religious cultists in Colonial New Guinea in 1906 (available September 9, 2014).

After reading the setting for The Sun is God, a fan of Adrian McKinty might be tempted to gently place the book back on the shelf and tiptoe out of the store. Could the author of the celebrated Troubles Trilogy set in 1980s Belfast and the Michael Forsythe books set in 1990s New York City really just have written a book about a religious cult in Colonial New Guinea at the turn of the 20th century? If so, wouldn’t it be wise to skip this one and wait for the next rough and tumble Sean Duffy book? Also, what’s a bookstore? I don’t think any McKinty fans will react that way, but if they did, they’d regret their decision. While it’s true that The Sun is God is notably different in setting, scope, and structure from his previous works, it doesn’t take many pages to realize that the book is still firmly, and pleasingly, in familiar McKinty territory.

The foremost similarity is the way in which McKinty deftly weaves real history into his fictional plot. His mastery of time and place, whether it’s 1982 Belfast, 1992 Harlem, or 1906 New Guinea, is readily apparent. McKinty has a gift for recreating not only the details, but also the feel of his historical locales. Conjuring a big city from the recent past is one thing; depicting a brief, forgotten era in a speck of land halfway across the world is another, and McKinty handles it effortlessly.

The Sun is God also features another McKinty strength (and staple of crime fiction everywhere): the jaded, hard-drinking protagonist. Instead of Sean Duffy from the Troubles Trilogy, we are introduced to Will Prior, a shell-shocked veteran of the Second Anglo-Boer War. After witnessing a massacre, Prior retires from the military and runs as far away as he can, to the South Pacific Island of Herbertshöhe, where he manages a rubber plantation.

When a suspicious death occurs to a member of the Cocovore cult on the nearby island of Kabakon, Prior, because of his military background, is tabbed to run the investigation. He is accompanied to Kabakon by Klaus Kessler, a by-the-book German officer, and Miss Bessie Pullen-Burry, an adventurous writer and unwanted third wheel pushed onto Prior by Miss Emma Forsayth, the real life tycoon and unofficial “queen” of Colonial New Guinea.

The reader is now set up for a classic locked room mystery: a dead body, a sealed off island, and a limited number of suspects. But McKinty—likely influenced by the historical facts of the case—takes us in another direction. Instead of a straightforward procedural, he plays with the tropes of the genre to craft an elusive, murky novel. This decision might frustrate lovers of traditional crime fiction, but it will please readers, like myself, who relish a more unconventional and ambiguous mystery.

We first start to sense the book will take a different path when Prior’s expectations of a speedy resolution are quickly thwarted by the tightly knit Cocovore cult, whose members subside on sunshine, coconuts, bananas, and heroin. The Cocovore, loyal to their leader August Engelhardt, unite against Prior, the outsider. The investigation further sputters when Prior’s health falters, first from his daily doses of “non-addictive” heroin, and then from the onset of malaria. The result is a halting, hazy inquiry that has Prior, as well as the reader, questioning what is real and what isn’t. Eventually, Prior does uncover enough of the truth to threaten both his life and those of his associates, Hauptman Kessler and Ms. Pullen-Berry.

It’s at this point where McKinty takes his biggest literary risk. In the climactic, penultimate chapter, he changes the point-of-view from the third to the second person and uses an unlikely character to carry the action. Though the switch is a bit distracting (and given McKinty’s talent, probably unnecessary), it does work to heighten the danger and quicken the pace, while adding an additional element of surprise. Again, I think reaction to this chapter will be split between those who prefer a conservative approach to their crime fiction and those more willing to indulge authorial experimentation.

McKinty’s dialogue, perhaps a touch modern for the era depicted, is crisp and sardonic, such as this exchange between a cult member, elucidating the Cocovore’s philosophy, and Prior.

“ . . . you live within the hypocrisy of class and social distinction. You are imprisoned by your mores. Your life swings between hope and fear; here on Kabakon there is neither hope nor fear. We wake, we breathe, we bathe in the sun, we eat the fruit of the sun. We no longer strive, we are no longer driven by Time’s whips. We live here and we are happy.”

“Frankly, you do not look that happy to me,” Will said, recovering himself.

“No? Do not take reserve for unhappiness, Mr. Prior. I am content.”

His prose is also sharp and economical. In the following passage, the horror of the island starts to dawn on Prior.

“It was hot, airless, and humid, and despite the heroin in his system it took a long time for him to fall asleep again. Gradually he became aware of light edging into the room. He could not remember his dreams, but the feeling of unease remained like the slime trails of the little crabs that had been washed out of their hut and had now gone. The sun had not yet risen and he lay for a time listening to the ghastly squawking of parrots and unnamed arboreal creatures shrieking indignantly at one another through the trees.”

I’m not breaking any spoiler rules here by pointing out that very few loose ends are neatly tied up. McKinty states as much in his opening Author’s Note. This opacity inhibits the reader from having a definitive feeling of satisfaction upon finishing the book. But the strangeness of this obscure cult, and the mystery of what really transpired, will pull at you in the days that follow.  The Sun is God feels like it may have been something of a palate cleanser for McKinty after finishing his third Sean Duffy book. If true, it’s even more to his credit that he could take the reader on a diversion as singular and memorable as this one.

Court Haslett is the author of Tenderloin, a historical mystery based in 1970s San Francisco about another real life religious cult, Jim Jones’s Peoples Temple. You can follow him on Twitter @courthaslett 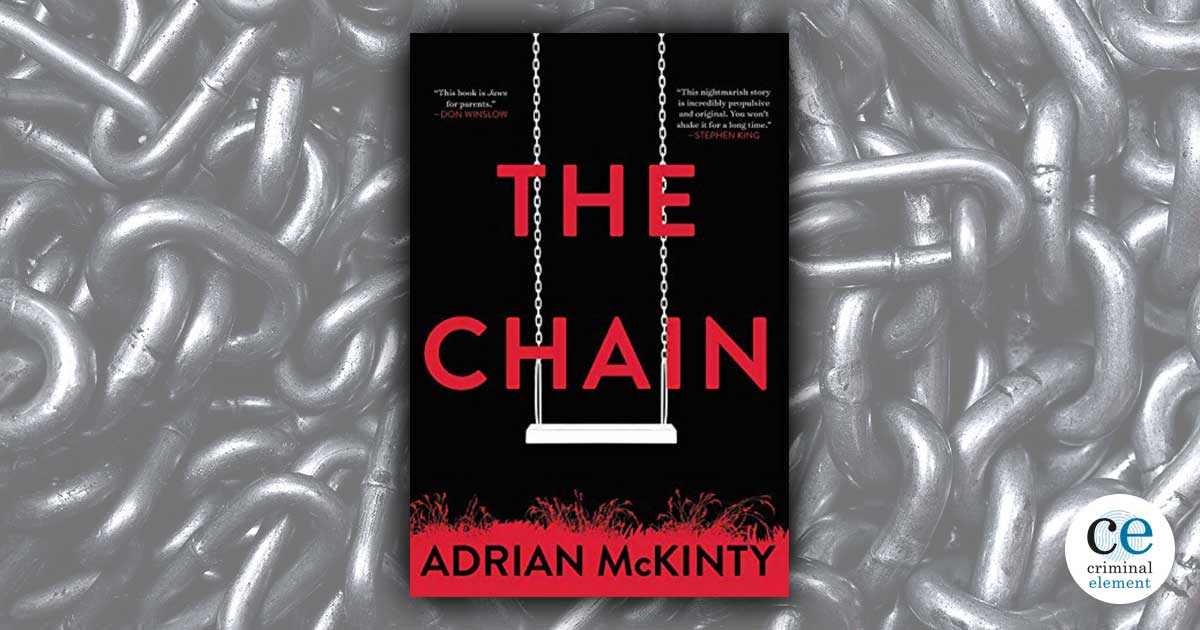 A stranger has kidnapped your child. To free them, you must abduct someone else’s child. This is The Chain by Adrian McKinty. She’s sitting at the bus stop checking the likes on her Instagram feed and doesn’t even notice the man with the gun until he’s almost next to her.   She could have dropped… 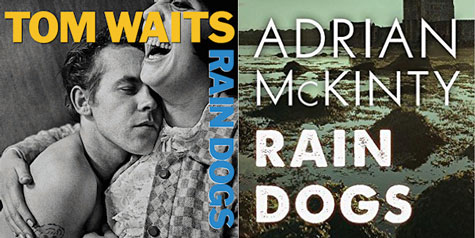 Rain Dogs by Adrian McKinty is the 5th novel in the Detective Sean Duffy series, nominated for an Edgar Award for Best Paperback Original. Carrickfergus Castle is witness to what seems to be the sad suicide of yet another lost soul. No one really knows why someone would take their own life. Death, when visited…