It’s 1956, and in the small town of Thelmont, Connecticut, Lee Plunkett carries on his late father’s legacy of detection by running the small private investigator’s agency they once shared. As sole employee, Plunkett is content to deal with cases of missing items and errant spouses, building up funds so he can finally marry Audrey, his fiancee of more than two years. Plunkett is organized and methodical, but leaves most of the intuiting to Mr O’Nelligan, a widowed Irishman who’s taken a keen interest in Plunkett’s life, both professional and personal, and serves as volunteer consultant on both.

After a not entirely successful trip to the Otherworld’s Fair, a sort of World’s Fair focusing on the afterlife, Plunkett and Audrey read of the unfortunate demise of its wealthy founder, Trexler Lloyd, in his nearby Braywick home. Apparently, Lloyd had been unveiling the Spectricator, a new invention to communicate with the dead, at a séance open only to select guests.

Something went wrong, and Lloyd was swiftly pronounced dead of electrocution. Plunkett and Audrey discuss this over breakfast in their trademark snappy banter, Plunkett leading with,

“Well, the man’s bought his own ticket to spiritland.”

“That’s a rather callous remark, isn’t it?”

“Probably. But it’s ironic that someone who’d put so much effort into seeking out the company of ghosts—”

“Should turn himself into one with some stupid mistake?”

“I’m not callous—I’m sensible. He shouldn’t have been fooling around with untested electronic devices, even if he was a genius. Who ever heard of a Spectricator anyway?”

I shrugged. “Certainly not me, but then I’m not exactly one of our nation’s great scientific minds.”

“Gee, thanks. Believe me, though, it’s all bull. All this ghostly, bump-in-the-night malarkey is just meant to separate some poor bozos from their paychecks.”

So when his agency is hired to assist on the case by its soon-to-retire lead detective, Plunkett brings a big helping of skepticism to a world of mysticism and mediums. O’Nelligan has a less-scornful attitude, but Plunkett would rather ignore any supernatural trappings in order to focus on the very solid facts of who would want to murder Lloyd. His suspects range from the bewitching Mrs Lloyd, to an eccentric crew of servants and hangers-on, with a town coroner and disgruntled clients rounding out the list. As their investigation digs up (occasionally spectral) surprises, Plunkett and O’Nelligan find themselves facing mortal danger as they race to bring a killer to earthly justice.

For all the fun plot twists, it was the human elements of the story that really stood out to me. Apart from the clever dialog and colorful, believable cast, I also enjoyed the quiet moments when Plunkett reflected on the life choices that had brought him to his current state. Especially poignant was his examination of his relationship with his father. The two didn’t often see eye-to-eye, so it was a surprise to Plunkett when his father asked if he would join the family business:

There was something in his voice that I found embarrassing—a certain neediness that didn’t fit with the gruff image of him that I’d long ago settled on. It occurred to me at that moment that I really didn’t want my father to care too deeply about my response. I was on the verge of telling him that the gumshoe life was definitely not for me, or possibly deferring the matter indefinitely with an evasive let me think about it. Or maybe even laughing it off.

These scenes of introspection bring a fine sense of realism to Michael Nethercott’s tale of eccentrics and spiritualism. Plunkett, O’Nelligan, and Audrey are wonderful additions to the genre’s long history of memorable protagonists, and will hopefully star in many sequels to this charming traditional mystery.

Book Review: Don’t Look for Me by Wendy Walker

In Wendy Walker’s thrilling novel Don’t Look for Me, the greatest risk isn’t running away. It’s running out of time. With this sharp and riveting new thriller by Wendy Walker, take your psychological novel reading to a higher and deeper level. These last six years or so have seen a renewed interest in psychological thrillers… 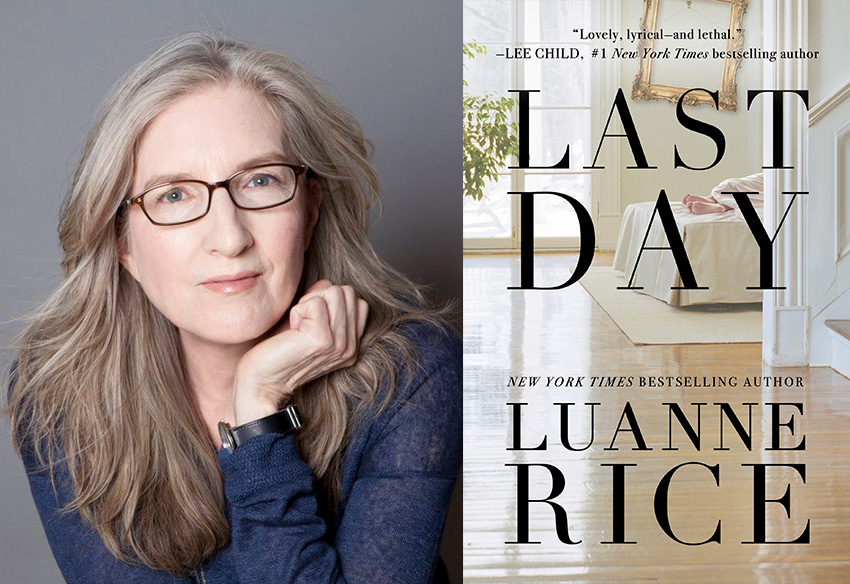 Four Murders and a Missing Woman in the Nutmeg State