The Missing Dough by Chris Cavender is the sixth installment of the Pizza Lovers Mystery series featuring Eleanor Swift, who faces the skewering of a former brother-in-law during the Founders Day Festival (available November 26, 2013).

Eleanor Swift is expecting a normal day at her pizzeria, A Slice of Delight. She goes in, makes dough, preps her station, and hangs out with her sister, Maddy. Ten minutes after opening, however, her ex-brother-in-law come barging in the door to harass Maddy, begging her to give him a second chance.

Seeing as how Grant was a cheating, stealing, drinking thug, and seeing as how she’s already seeing another guy, Maddy resists his current crazy charms. Eleanor and Maddy escort Grant out of the pizzeria with the business end of a baseball bat. However, that’s not the last the ladies see of Grant that day. Later, Eleanor and Maddy are enjoying the Founders Day Festival with their significant others when Grant comes at them again. Bob, Maddy’s new man, goes after Grant, but is held back by his friends.

So, later that night, it’s not a crazy supposition for Police Chief Hurley to suspect Bob when Grant is murdered—killed by a barbecue skewer to the heart.

While Eleanor has no love lost for Grant, she loves her sister, and her sister loves Bob, who has become the prime suspect in this debacle. In order to clear his name, Eleanor steps in and starts nosing around the town of Timber Ridge, North Carolina, hoping to clear Bob’s name and catch the real killer. The only problem is: who didn’t want to kill Grant?

Eleanor doesn’t have to hunt far to find suspects. At the Founders Day Festival alone, Grant got into at least three altercations. One argument with Eleanor and her group resulted in Grant’s busted nose. Then, he got into it with a bunch strangers, and then again with the band performing at the festival.

I was still watching them play when David touched my arm lightly. “Eleanor, look over there.”

I followed his pointed finger to an area of trees on the outside of the promenade. At first I couldn’t make out who was arguing, but it took me just a second to realize that one of them was good old Grant. He seemed to have a nose for an argument tonight, the pun fully intended. He was with another man, and it was pretty clear they weren’t happy with each other at all. Heated words were exchanged, and then the stranger walked away. Grant tried to follow him, but he gave up when the female lead singer said from the stage, “We’re going to take a little break for the fireworks right now. We hope you grant us the time and enjoy the show.”

From the night of Grant’s murder there are at least three suspects, aside from Maddy’s fiancé, Bob. Once Eleanor pokes around, the pile of potential villains increases. Turns out, Grant was into some shady financial deals, too. When Eleanor and Maddy do a small bit of breaking and entering, they discover a stash of cash in a false drawer bottom.

Whatever had been there when the police had started their search was now gone. I stared at the bottom of the drawer for a minute, though. Something was wrong. It took a little time, but then I got it. The bottom of the drawer should have been deeper than it was. Not by much , but enough to allow a few things to be hidden there. Once I pulled it all the way out, I searched the back of the drawer with my fingers and felt a small wire button hidden there. As I pressed it, the wooden bottom shifted upward, releasing some kind of catch inside the drawer. Lifting the false bottom out, I eagerly looked inside the drawer to see what had been hidden away. I had a hunch the police had missed this in their search.

Inside, there were two stacks of hundred-dollar-bills, and I quickly counted them as I removed them. One stack had five thousand dollars in it, and the other was five hundred short of that total.

Eleanor and her sister do what any good investigator does in this case: follow the money.

Now added to the list of potential killers are Grant’s other ex-wife, his sister, his business associates—including questionable laundromat proprietress Vivian, who may or may not have had an affair with Grant, and the slimy Bernie Maine who tries to skip town immediately upon learning of Grant’s death—and perhaps some professional criminal elements.

The further Eleanor and her sister investigate, the more dangerous their personal situation becomes. People are watching them from the bushes. They receive unsavory visitors at A Slice of Delight. And stun guns aren’t enough to get them out of danger, especially when they figure out the ten thousand dollars is chump change compared to the one-hundred fifty grand Grant had in his possession.

If they want to find Grant’s killer, they’ll have to find the missing dough.

The Missing Dough is jam-packed with characters of questionable motive, and it’s interesting to watch Eleanor and Maddy navigate the maze of potential suspects.  The relationship between the sisters drives the story forward—Eleanor would have no stake in the investigation with her sister, and would have very few leads without her. One thing Eleanor knows all on her own, however, is pizza. And there’s some tasty tips on cheese sticks and mini-calzones to whet your appetite after the sleuthing is done. 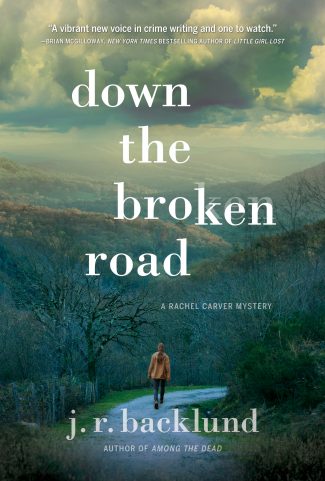 Sometimes, when you purchase something secondhand, you get something a little extra—something personal that the previous owner left to really make it their own. Often, that little personal touch connects you and the seller through time in interesting ways. I once found a letter to a lost love in the sleeve of a Creedence Clearwater…