Annika Bengzton is probably annoyed with you. Oh, you two haven’t met? That’s okay. The dogged Stockholm reporter star of Liza Marklund’s long-running series—this is the eighth installment—will find something you did to piss her off. Don’t worry, you’re not the only one. Humanity irks Annika, and yet her profession puts her front and center for an unending parade of our species’ worst moments. Perhaps if she were a different kind of reporter, the kind who wrote fluffy, feel-good pieces about abandoned puppies finding loving homes or octogenarians celebrating decades of marriage, Annika would be more receptive to the idea that all people aren’t rotten. But she covers crime. Bloody, senseless murders, in whose investigations she more often than not becomes dangerously involved. Few things, after her two young children, are more important to Annika than “The Truth.” Of course, this is a difficult commodity to come by when you’re immersed in the world of death. And when you work for a newspaper that’s often more concerned with protecting its image and reputation than reporting the unvarnished facts.

This time around, Annika isn’t even in Sweden. After a major reshuffling at the Evening Post, she’s essentially back to working for The Man, rather than as an independent chaser of stories. And it’s not just any “man” who’s in charge now. It’s Patrik, someone who scores unusually high on the Bengzston Scale of Annoyance. One of the numerous things that make Annika such an intriguing—and at times infuriating—character is that she had the chance to take Patrik’s job and she turned it down. Yes, we see her point: she wants to get dirty out in the field, where the real stories are, not be stuck behind a desk in the newsroom worrying about if there’s enough content to fill that sidebar on page three. But on the other hand, it’s obvious to those who know her—and after seven previous novels, we, the readers, feel like we do—that she’ll chafe under the supervision of anyone.

Annika stared at [Patrik] as he went, but made up her mind not to get upset. If he chose not to listen to his…subordinates, then that was his problem.

She leaned back in the chair and looked around the newsroom.

She was pretty much the only person there.

She’d been called in by [editor in chief] Schyman at eight o’clock in the morning, and had assumed that it would be another attempt to persuade her to accept one of the senior editorial positions. There were usually a few years in between the offers, but this time was different. He’d tried to push her into accepting the positions of head of news and head of supplements before, and she had even accepted the post as head of crime for a short while, but never before had he offered her the position of lead editor.

She let out a sigh. The way he described it, five days on, five days off, she would still have been sharing the job with someone, probably Sjölander. She wouldn’t have just been held responsible for all the idiotic things that would inevitably arisen during the course of putting together the news section, but would also have had to sit through interminable meetings about budgets and marketing plans and long-term staffing issues.

Hint: Annika is not the meetings type. Perhaps what she needs is to clone herself so that she can both be in charge and be the investigative reporter who operates under her own, sometimes shady, rules and brings in big results. Sadly for our ace reporter, there’s no cloning in this particular outing—if anything, that probably would have happened in the last book, which focused on scientists working with the Nobel Institute.

For her latest assignment, Annika must—and yes, she sees this as a chore—go to sunny Spain. And not just Spain but the ritzy southern town of Costa del Sol (or, as some of the local law enforcement officials have nicknamed it, Costa del Crime). Most people would see the chance to leave Sweden in the dead of winter and jet off to Spain as a dream come true. And yet even a quintuple murder—former Swedish NHL star Sebastian Söderström, his wife, mother-in-law, and two children are found gassed to death and their villa ransacked—isn’t enough to raise the spirits of our perpetually grumpy Annika. Even when it becomes obvious that ice king Söderström wasn’t the charity-spewing golden boy everyone back home assumed:

“Sebastian Söderström was a fraud,” [Sonja] said. “He wanted to be a star. He was addicted to applause, but he didn’t want to work for it, he just wanted the rewards.”

“I don’t quite understand what you mean,” Annika said.

“He’d get an idea, trick people out of a load of money, live the high life on other people’s investments until he got bored, then he’d start something new. He’d find new investors, borrow money, polish the façade a bit, and pretend to be a big star.”

“But he really wasn’t?” Annika said.

“Listen,” the woman said, poking her surgically enhanced nose close to Annika. “This was all a fuck of a long time ago.”

Then she shoved Annika aside and left the golf club.

Annika looked out across the lawns and the ducks and the little golf buggies.

How should she handle this? Pretend she hadn’t heard anything? Or should she write the truth, that people would rather leave their golf club than participate in the minute’s silence for Sebastian Söderström?

You probably don’t need long to guess which route Annika took: the safe one or the one that led to—a very complicated—truth. Despite Patrik’s protestations, she’s also intensely invested in finding a missing person she’s sure is vital to the Söderström murder investigation. Silly Patrik. He still hasn’t learned that the best thing to do when you’re standing in the path of the tidal wave that is Annika Bengzston’s passion is to get the hell out of the way. 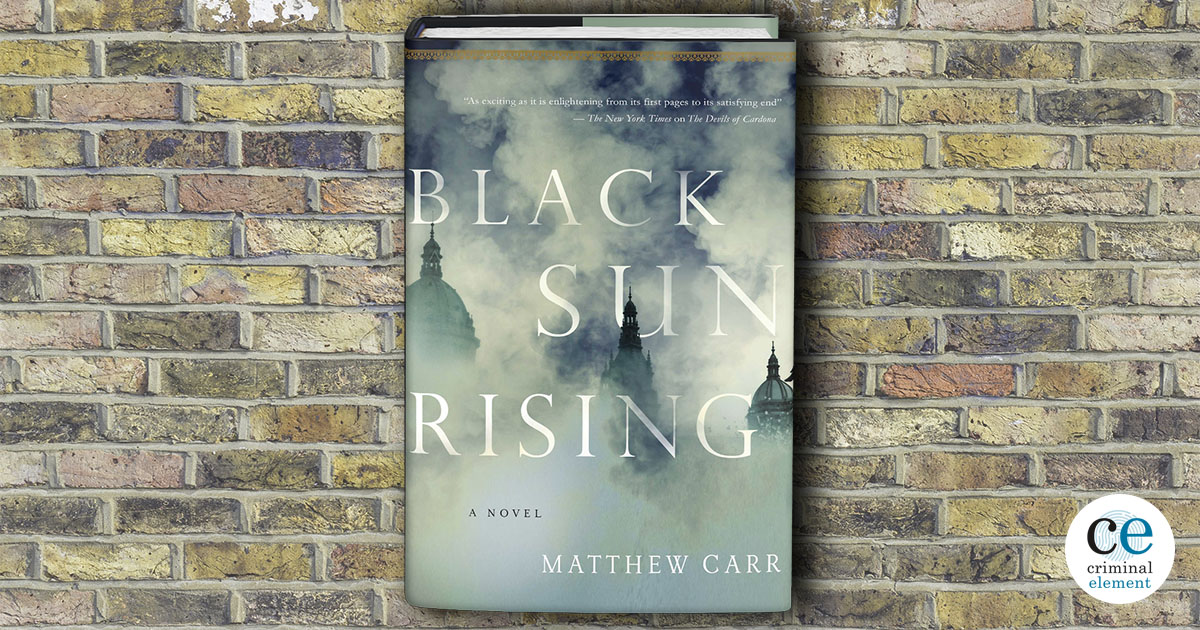