The Edge of Normal by Carla Norton is a debut psychological thriller about a young woman who escaped from captivity, and tries to recover her life while assisting new abduction victims (September 10, 2013).

Some books make you want to lock your doors and windows, and, like Santa and his list, check them twice. Carla Norton’s fiction debut, The Edge of Normal, is something to read outside. In a field. A really big field in a really flat place where you could see someone really scary coming from miles away. Think of the meadows in The Sound of Music where Maria frolics and sings and wears dresses made out of curtains. Just get rid of the Alps (such pesky mountains) and the Nazis (such pesky villains) and you’ve got the perfect setting for reading this book. Open air, flowers abloom, and no cellar torture chambers for miles (see why the Nazis need to go?).

Kidnappings aren’t new in crime fiction, nor, sadly, are they new in real life. In The Edge of Normal, 22-year-old Reeve LeClaire survived being held captive for nearly four years and she’s just starting to piece together a new life for herself. Until another 13-year-old, Tilly Cavanaugh, missing for 18 months, is found alive. While Reeve’s captor wiles away the years in a psychiatric hospital, the mastermind behind Tilly’s kidnapping, and possibly the abduction of two other teenage girls, is still at large. Along with Dr. Ezra Lerner, her psychiatrist—and perhaps the only person she truly trusts—Reeve leave the protective bubble of her daily routine in San Francisco and travels to Jefferson City, California to offer Tilly support.

Like serial killer narratives, the kidnap saga can be an effective narrative tool because it exposes—like the physical torture many kidnappers and too many serial killers to count employ—bundles of raw nerves for readers. There’s the normalcy of it all until it’s not: kidnappers look just like us until they snatch our children/parents/neighbors/spouses. Then there’s the seeming elasticity of time, as the world of the abductee and the world of those waiting for his or her return exist first in parallel universes and then, if the kidnap victim is found alive, as first Reeve and then Tilly are in The Edge of Normal, the forced compression of these worlds with less than seamless results. Everything feels like a bike that’s just slightly out of gear, the chain click-click-clicking as it bounces between gears and impedes forward momentum.

Sometimes, and worst of all, are the loose ends never resolved, the lost loved ones never found, the hope that can never quite be put out of its misery. In one sense—and because marketers of crime fiction have an unfortunate love affair with labels and sub-labels—The Edge of Normal is a post-kidnap crime novel. Reeve, kidnapped at 12 and held for nearly four years by a man whose names (he has three) instantly bring to mind either a serial killer or a country western singer, reminds a somewhat bumbling but well-meaning local deputy what readers of the genre already know:

They were in a restaurant and [Deputy] Hudson had asked, “Do you mind if I bring up something about a similarity between your case and Tilly’s?”

[Reeve] had stiffened. “Of course not.”

“I was thinking about the way you two were rescued. It was because of a move, in both cases.”

“Right. I thought about that. We were found only because our kidnappers wanted better basements.”

“That troubles you,” [forensic psychiatrist] Dr. Lerner observed. “Because of the other [missing] girls? Because you’re worried about the factor of sheer luck versus police work?”

“That sums it up.” Hudson frowned. “The thing is, kidnapped girls are rarely held captive. Excuse my saying so, but, statistically, well…” He glanced at Reeve.

“They’re usually killed,” she said blandly. “Tilly was lucky. I was lucky. That’s a given.”

Reeve is both right—the longer you’re gone, the slimmer the chances become that you’ll be found (alive or otherwise), as any loyal Law & Order fan knows—and wrong: she and Tilly are not lucky. Lucky isn’t being chained in a basement for so long that when you come out, the whole world is different. Lucky isn’t being raped, repeatedly, until it becomes part of what your brain expects and your body braces for every day. When we first meet Reeve, during a San Francisco therapy session with Dr. Lerner—six years, a new name, and a new city after she was Daryl Wayne Flint’s prisoner—she skewers what has become a cliché: “you’re so lucky to be alive.”

“Okay, I know. I can’t assume that every article on [the long-term psychological effects of captivity] has bearing on my individual situation,” she says, parroting his jargon. “But I just want to stop feeling like I have this ugly part of myself that no one can possibly understand. I want to have a normal life and be a normal adult.” She glances at [Dr. Lerner] and then looks away. “I know you don’t like that word, but you know what I mean.”

“Reeve, you are normal. But you’ve survived a uniquely traumatic situation. That’s no small thing, and it’s understandable if you’re still having trouble adjusting, or if you’re uncomfortable with men, or—”

“I’m comfortable with you.”

“So give yourself some credit. And relax. Because you’re still young, and you can’t let your desire for self-protection preclude you from having any new relationships for the rest of your life.”

An elastic silence stretches between them.

In Normal, where the events of the various kidnappings are glimpsed in flashbacks vivid enough to unsettle but never gratuitously graphic, the push and pull to form new relationships and sever old ones is a theme Norton treats with extra care. There’s not just the obvious friction to overcome when, in particular, Tilly returns to a family still reeling from the transition from absent to present, but also the uglier but no less real bind felt by the abductee, tying her to her captor. When your life has depended on the same person who could also end it, undoing that knot takes time. And, as Reeve and Dr. Lerner patiently point out to the aw-shucks deputy (and, let’s face it, the reader), Stockholm Syndrome isn’t actually a diagnosis. Really. Try looking it up in the DSM-5:

“That’s the common term,” Dr. Lerner says to [Deputy Hudson]. “But it has become kind of a pop phrase, used to cover all kinds of hostage and captive situations, and it’s imprecise.”

“Well, it’s just one aspect of what is broadly called post-traumatic stress disorder.”

“Sure. PTSD,” Hudson says. “So, they’re actually the same thing, more or less?”

“Not really. Stockholm Syndrome isn’t actually in the diagnostic manuals, and post-traumatic stress disorder is such a broad term that it ceases to be useful at some point.”

Listen to the prologue from the audiobook version of The Edge of Normal by Carla Norton: 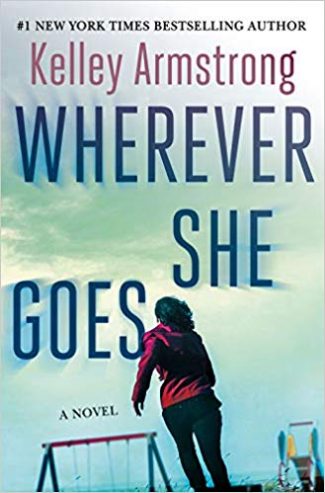