Tell No Lies by Gregg Hurwitz is a thriller set in San Francisco about a therapist working with ex-cons who becomes involved with a hit list of murder victims (available August 20, 2013).

Gregg Hurwitz’s latest novel is, at first glance, a fast-paced thriller. But it’s also a suspense story that unravels slowly, giving readers just enough to keep them guessing until the final pages. These two seemingly opposite characteristics really work together, and Hurwitz creates a roller coaster ride of sorts, speeding up the action and then pulling back at just the right time.

Daniel Brasher is a therapist who works nights leading a support group for convicted felons trying to get back on track. He finds letters in his work mailbox, addressed to unknown recipients, providing a kind of hit list. The deadline is midnight, and the victims are told to admit what they’ve done or they will die. When Daniel alerts the police, they are too late to save the first victim. When the second is identified, Daniel is there when the murder takes place, but helpless to stop it.  What follows is a race to find out why the killer is targeting these people, who the next victim will be, and why Daniel is caught up in the middle.

The characters are well written and extremely realistic. Daniel comes from a rich family but chooses to follow his heart rather than continue in the family business.  His wife, Cristina, is of Mexican descent and has more causes than Daniel. She works as a community organizer trying to help tenants who are being evicted from their homes. Theresa Dooley is a female, African-American homicide detective, who gains respect from other detectives for her police skills and doesn’t let her minority status affect her work.

And then there’s Evelyn Brasher, Daniel’s mother. I have to admit that Eveyln was one of my favorite characters. I say that I am admitting it because she is a truly unlikeable person.

She has an extreme sense of entitlement and no tact when dealing with others.  She freely admits that she’s classist and prefers to spend most of her time in her mansion with her maids, gardeners, and butler. She constantly mentions her disappointment in her son and makes snide remarks about the woman he chose to marry. Despite all that, she’s one of those people you love to hate, and I found myself looking forward to her interactions with Daniel, just to read the witty dialogue and experience her sharp, sarcastic tongue.

Evelyn greets them in the dining room, fluttering in a gossamer wrap. She touches her cheek to Daniel’s, then offers a firm hand to Cristina.

Cristina has brought a little wrapped gift, her grip on it tightening by degrees as the mansion reveals itself. She glances around now at the paintings, her gaze arrested by Toulouse-Lautrec’s La Blanchisseuse, and her knuckles go white. Daniel has warned her that his mother is difficult and privileged, but he realizes now that neither adjective was sufficient.

Evelyn follows Cris’s gaze and says, “Denis bought that at auction a few weeks before he died.”

That is how hate works when it’s stoked to a bright light. It gets cold.

The story takes place in San Francisco and as the characters move through the city in search of clues, Hurwitz portrays the city better than any travel guide ever written.  The reader gets a taste of the landscape and history without even realizing it. He shows you what’s beautiful about the locale, and also tells you about the other, grittier side of it. If you’ve never been to San Francisco, you will want to go.  If you have been there, you’ll want to return.

Forging his way north, Daniel sliced through Alamo Square, its picket row of pastel Victorians basking in the first pink-tinged rays of the new day. Beyond their fanciful gingerbread gables rose the green copper dome of City Hall, where ousted Catholic and local sandlotter made-good Joe DiMaggio said I do to Marilyn and where, a couple of decades later, five hollow-point bullets cut down Harvey Milk in the corridors of power. So much glory and shame. So much beauty and horror. A city that burned to the ground six times before its first decade flamed out yet rose from the ashes again and again, a boxer who wouldn’t stay down.

He let his imagination soar across the rooftops to the Tenderloin, where dealers in saggy pants palmed Baggies into skeletal hands and tranny hookers batted improbable eyelashes and held cigarettes to their smeared lips, smoking off the night’s work. Mere blocks to yet another ecosystem—capitalism-clean Union Square on perennial high polish, ornate Christmas displays already gleaming in the vast picture windows, Neiman and Chanel, Saks and the ghost of I. Magnin. Coppola shot the conversation in The Conversation here, but even his surveillance camera couldn’t capture the dead-end alley where Miles Archer met his fictional demise or the Palace Hotel, where President Harding was felled by an enlarged heart or a poisonous wife.

In the end, you will find out how and why Daniel is involved in the killer’s agenda. But it won’t be for reasons you could have initially imagined.

Says Pulitzer finalist Luis Urrea about Gregg’s upcoming book, “Gregg Hurwitz has outdone himself this time. The many followers of Orphan X will get whiplash from the unexpected turns and surprises. It was only a matter of time until his Evan Smoak took on the drug cartels. That the main villain is a fully rounded… 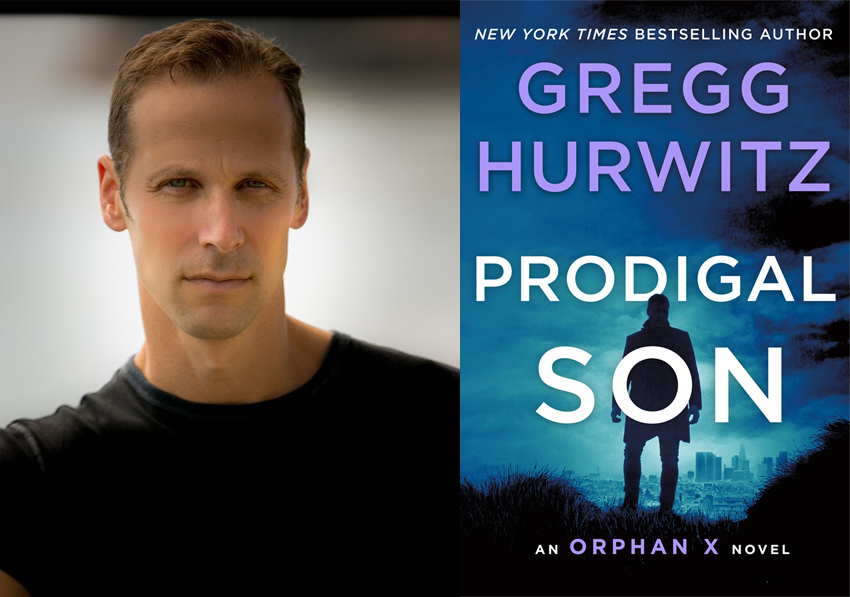 As a broke foster kid who never knew his parents, as a boy trained to be an expendable weapon, Evan is aware of what it feels like to be on the wrong end of a power dynamic. He knows it in his bones. And while he’s built himself into a person who has means, resources,… 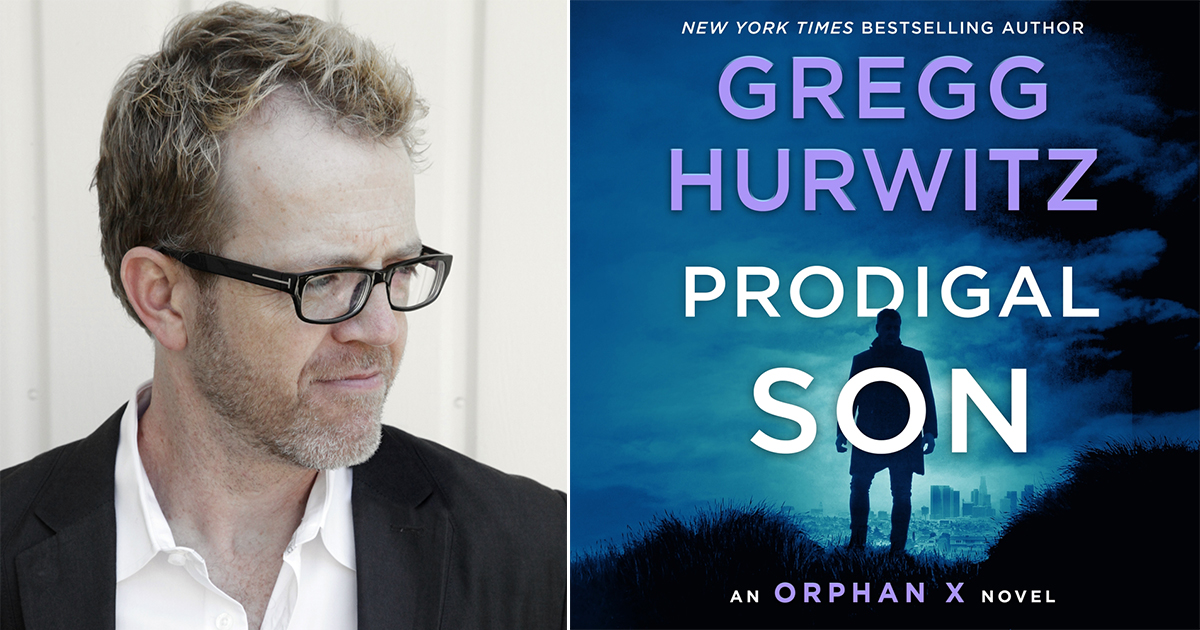 What do you love about the Orphan X series? Scott Brick: I adore the Orphan X series primarily because it surprises me, every damn time. Part of the joy of reading mystery/thrillers, whether for pleasure or professionally, is trying to guess the outcome. We love it when we do that, right? It’s so satisfying! But…