It’s May 2, 2011, at Zero Dark Thirty and we’re with five men and a dog in a helicopter heading for a sleepy residential neighborhood in Abbottabad, Pakistan.

They are Seal Team 666 and their mission is to kill a man. But when they reach their objective they encounter a force field that brings the helicopter down just outside the walled compound.

Blowing a hole in the wall, the team powers through and into the house, killing the guards and the demon that emerges from a hallway.

They fight their way through to the room that holds their target—a tall man with a long gray-streaked beard.

And that’s when things start to get weird.

When you pick up a book called Seal Team 666 you know you’re going to get a genre-blending reading experience that whips up a tornado of tropes that defy categorization—Techno-horror? Military Urban Fantasy? I call it “Supernatural SEAL fiction” and I think it’s terrific.

Weston Ochse’s Seal Team 666 delivers on every level—with smart characters, great action, and serious world-building that lends itself to sequels if the writer should be so inclined. His monsters aren’t the same-old, same-old creatures we’ve met in book after book, and the mythos folded into the story borrows from a number of traditions, not just the Northern European tales.

Most of all, the author tells his story with a muscular grace that borders on dark poetry at times. He describes war dog Hoover eviscerating a demon, jerking “the jugular free like a dirt-encrusted vine.” It’s a horrific and evocative image and it stays with you.

The key to selling the supernatural in any sort of fantastic fiction is to stick to reality as long as possible and Ochse obliges. By the time his SEALs pull out a magic dagger to deal with the horror that was masquerading as a terrorist, it seems like just another weapon.

Everything about the military missions and the armaments and the procedures and protocols reads as absolutely authentic; Ochse is not just making things up. A fan of Tom Clancy-ish military thrillers would be as engrossed in this book as a fan of Jim Butcher’s novels about Harry Dresden, the only working wizard in the Chicago phone book.

The story follows a classic structure—the tight-knit team loses one of its own and a new guy is brought in to replace him. Jack Walker, the FNG assigned to the team, is not your ordinary SEAL and his special talents are soon as prized as his sniper’s ability to hit a target from more than a mile away. Possessed by a demon as a child, he’s been plagued by nightmares his whole life, nightmares that only get worse as he faces down the evil that threatens the world. Some chapters are told from the evil’s POV and they’re chilling.

Walker’s team members are based on types, but Ochse has turned clichés into individuals. There’s room to flesh them out further, but that’s what sequels are for. Ochse, whose first novel Scarecrow Gods won the Bram Stoker Award, has created several different series so far and this origin story about Seal Team 666—“the finest and baddest supernatural unconventional warfare special mission unit in the United States inventory”—is a great introduction to a world in which the worst threats to the country are the ones we can’t see.

To learn more, or to purchase a copy of SEAL Team 666 by Weston Ochse: 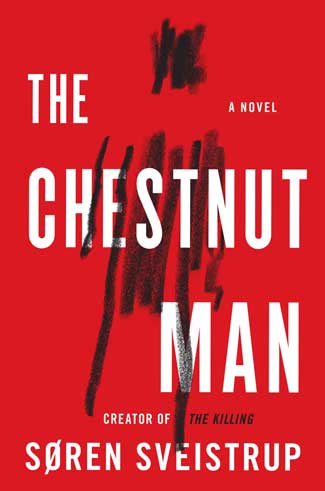