Pillar to the Sky by William R. Forstchen is a futuristic thriller about a space elevator facing financial, engineering, and political challenges to save a world and humanity in decline (available February 11, 2014).

Taking an elevator into space. It’s straight out of science fiction. But like so many other ideas that have been dreamed up—flip-up wireless communicators, touchable computer slates, and so many more—they can become reality. William Forstchen’s Pillar to the Sky shows science fiction on the verge of becoming science fact.

What is truly compelling about Pillar to the Sky are the spirits it captures, which become overarching parts of the conflict. Throughout the book, readers are constantly reminded of challenges against science fiction becoming reality.

“In these times of economic stress, of towering deficits and public demand for budget cutbacks“— he paused for effect—”pipe-dream schemes that are a waste of taxpayers’ money are utterly absurd and, frankly, a waste of my time as a senator who believes in fiscal responsibility.”

. . . “I find it disturbing that such a proposal even reached this level and was not terminated by the proper administrators in your program, and believe me, I shall question them about that after this hearing. We are facing the worse deficit crisis in our nation’s history. If I approved continued research funding for this sci-fi fantasy, let alone the insanity to actually go ahead and build it, I can only imagine the howls of protest from my constituents and every other taxpayer. I agree NASA should continue as a government entity, but let it set realistic goals and not allow this type of idea to worm its way up through the bud get proposal. I know it has been popular with some to praise the recent mission to Mars, but even with that I ask: Why do we spend more than a billion to go explore a lifeless rock when that same billion could be better spent  here on earth, solving a multitude of  problems rather than being wasted out there?”

Truly, the constant pressures of reality, are not to be dismissed, and the book keeps readers keenly aware of this by reminding of these practical concerns. It’s fine and good to talk about an pillar into space to transform space travel, but what is it good for, practically? Even the people that go forward with it are faced with funding problems, security concerns, engineering difficulties, and competing interests. In the face of all of this, though, another message constantly sings through:

“The limitless promise of the future ahead of us”: such a different vision of the future from the one the kids around him were now fed on a daily basis. It was again like the days of his earliest childhood when he would watch the last of the moon landings with his father and grandfather, seeing tears in their eyes and hearing their talk about how when he was a man, the heavens awaited and space would transform their world back here on earth.

The book harkens back to the spirit of the Apollo program, which faced the same types of challenges, and the answers were unknown. But the idea, which Forstchen emphasizes with the entire book, is that scientific progress is an exploration, and that to make progress, risks must be taken. And when—and the lesson of history is that it is when, not if—progress is made, the world changes, taking giant steps forward.

Pillar to the Sky not only references NASA and space exploration, but compelling lessons in history. The book acknowledges prominent figures of business and industry, who were the source of innovation and strength in the United States. Not only that, they used their wealth, influence, and knowledge to give back to the country.

Carnegie built an empire of steel that transformed industrializing America. A few decades later, after turning us into a global power, not even he could see that in the future the foundations he built ensured we had the industrial strength to defeat totalitarianism. [. . .] J.P. Morgan builds a banking empire so strong, he actually bailed the entire United States government out of bankruptcy at one point. The Rothschilds created a global banking system; Ford transformed global transportation.

So while Pillar to the Sky pursues a technological dream (which I very much hope becomes a reality), ultimately the book is about the challenges facing humanity. The spirit of the book—and history—promises that humanity is up to conquering those challenges so everyone can reach the sky. 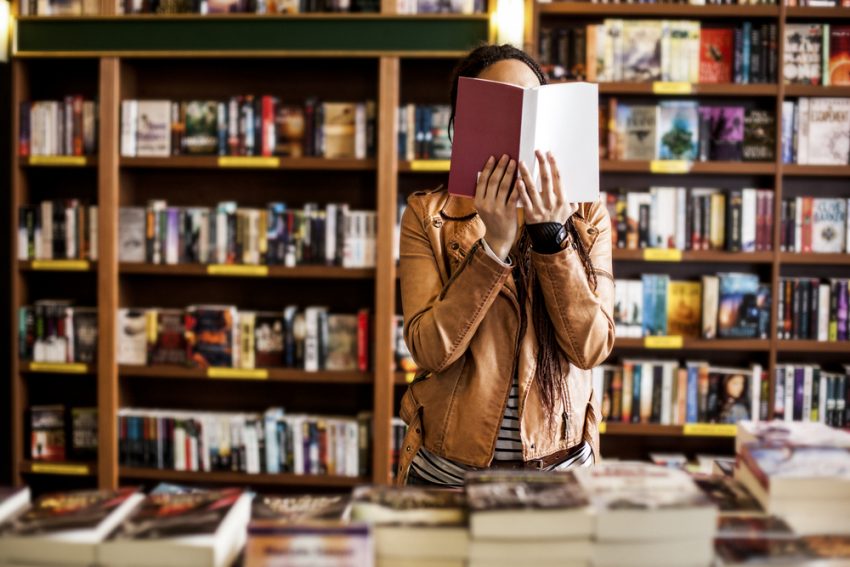 To Reread or Not to Reread? Books so Good You Go Back for More!

What happens when the perfect thriller comes into your life at just the right time, a second time? You loved the storyline and characters, and the journey was so dynamite you don’t want it to end. So you do what any self-respecting bookaholic would do and read it again. I’m generally not someone who rereads…