Once Upon a Grind by Cleo Coyle is the 14th book in the cozy Coffeehouse Mystery Series set in NYC where Fairy Tale Week takes a turn towards the grim (available December 2, 2014).

Over the course of Cleo Coyle’s always intriguing New York-set Coffeehouse Mystery Series, The Village Blend manager Clare Cosi’s mixups with murder have often involved her family members, from ex-husband and business partner Matteo Allegro, daughter Joy, her narcotics cop boyfriend Mike Quinn, her storied former mother-in-law and current boss Madame Dreyfus Allegro Dubois and the extended clan of her colorful and flamboyant staff. But in fairy-tale themed Once Upon a Grind, it’s her current boyfriend Mike Quinn’s family who leads her into the heart of danger, namely his two children and ex-wife Leila Quinn Reynolds.

Coyle ushers readers quickly into New York’s fictional Storybook Kingdom, a festival in Central Park featuring fairy tales come to life, including princesses and knights in shining armor. Very soon, Clare, who’s been abruptly put in charge of Quinn’s kids, Molly and Jeremy, in addition to her duties running her coffee truck to warm up festival-goers, finds herself searching for the missing kids. Frantic, she’ll try anything, including the help of a psychic and some “magic” coffee:

Between two gnarled trees, a slender woman appeared with her back to me. Against the black trunks and brown leaves, the glistening fabric of her gown seemed to glow with its own illumination.

Then the woman turned.

At the sound of her name, Mike’s ex-wife took off.

“Stop,” I shouted, following her off the path and into the woods, “your kids are looking for you!”

The brush grew thicker, but I kept going. Then the ground began to give, like quicksand. With tremendous effort, I tried to push forward but couldn’t. Thats when I felt it—

Not the icy bite of harsh weather, but the black, empty chill that freezes you from the inside out.

A presence loomed nearby. I didn’t need to see it because I felt it. And whatever it was, I knew it meant harm.

What follows is a bit of good news mixed with bad: the kids are safe, but their nanny, who was playing the role of the Pink Princess, is found unconscious in the woods, and Matt, who’d been paired with her as part of the festivities, is the prime suspect. From the start, this case is extremely personal, and Clare is willing to venture into several exotic underworlds, from the lair of Russian crime bosses to a medieval-themed restaurant reminiscent of the most over-the-top aspects of Medieval Times (the book is worth it for this hilarious scene alone), taking readers on a tour of New York you won’t find in any guidebook.

Clare has to form new partnerships and venture into parts of the city she’s never seen before, which also pushes her out of the comfort of her “Coffee Lady” role, where she rules the roasts, into new social terrain where she has to make on-the-spot decisions about who to trust, from a mysterious man known only by Wilson to a cab driver with inside information. When she infiltrates the mysterious Prince Charming Club, a private establishment requiring a special key, in a couture blue body-hugging gown, she think she’s ready for anything, but even with walkie-talkie earrings, she finds herself (almost) out of her league:

“Ciao, bella!” the red-faced Romeo exclaimed, grabbing me around the waist and pulling me onto his lap. “Dance with me!”

The crowded dance floor was steps away, but he didn’t bother getting up. The type of dancing he wanted was the kind you do sitting down.

“No, thanks!” I insisted—in three languages. He pretended not to understand. Then his big hands began moving north of my Mason-Dixon Line, and I threw civility to the wind, along with the contents of the glass on a passing waiter’s tray.

Romeo was not pleased to have his martini shaken (not stirred) right into his face, and he let me know it. Jumping to his feet, he called me the most vulgar things in Italian. We were both standing now, but I couldn’t get away.

Full of ever-surprising twists and turns, there’s a magic to this book that goes beyond the fairy tale elements, and speaks to why the series has become a fan favorite: at its core, it’s about love, the kind that ultimately pushes Clare to keep digging further and further, risking her life in the process, to solve the puzzle. She’s not simply curious, but driven to the depths of her soul to go to any length to make sure no one else is harmed. While Clare’s street smarts are one of the things that make her a heroine to look up to, even she can find her heartstrings manipulated. Seeing who she turns to for help and how she balances her complicated personal relationships with her ex and her current partner will surely win Clare new fans.

Bonus: along with coffee concoctions just right for winter, there’s over a dozen tempting recipes for the likes of chocolate cream “inside-out” coffee cake, easy almond milk custard, and Bosnian “frisbee” burgers, plus a true story embedded in the fictional one, of a New York hot dog vendor and his true love. 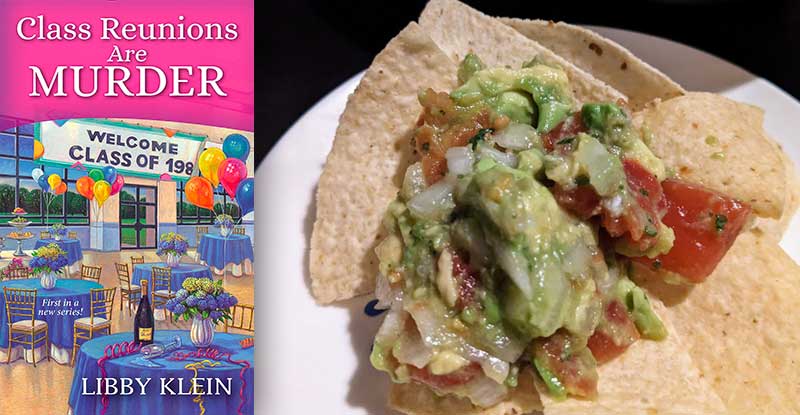 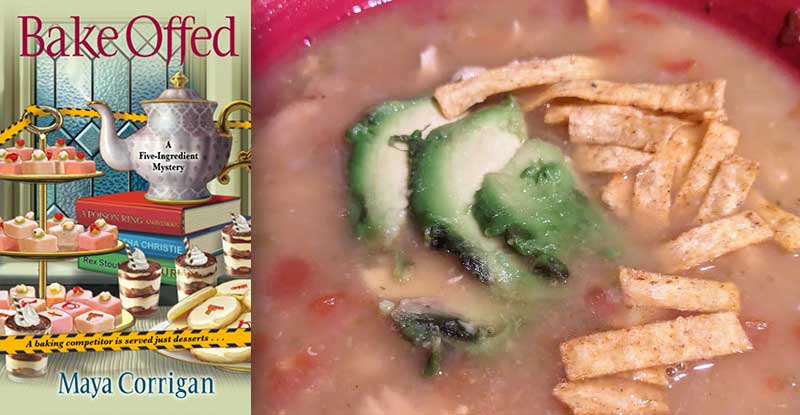