Bellamy Lyston was only 12 years old when her older sister Susan was killed on a stormy Memorial Day. Bellamy’s fear of storms is a legacy of the tornado that destroyed the crime scene along with her memory of what really happened during the day’s most devastating moments.

Eighteen years later, Bellamy has written a sensational, best-selling novel based on Susan’s murder. When an opportunistic reporter from a tabloid newspaper discovers that the book is based on fact, Bellamy’s identity is exposed along with the family scandal.

A dead sister, a failed marriage, and dreams that never came true; Bellamy’s life sounds tragic, to say the least. Could things possibly get any worse? Well, yes, they can. There comes a time when she has to flee her house in Manhattan and return to her hometown of Austin, Texas, in order to escape the publicity surrounding the revelation that she’s the author of the novel—and because of a threat that arrives in a gift-wrapped package.

The past seems to haunt her, and for good reason, since the death of her sister was the event that turned Bellamy into the person she is today: a woman afraid of intimate relationships. She thought that by writing about what happened she could find deliverance, but instead the only thing that she managed to do was inflict more pain on her troubled psyche, as well as on people she loved.

With the velocity of a rocket, that disclosure had thrust her into another dimension of fame. She abhorred it. She hadn’t written Low Pressure to become rich and famous. Writing it had been therapeutic.

Admittedly, she had hoped it would be published, widely read and well received by readers and critics, but she had published it under a non-gender-specific pseudonym in order to avoid the spotlight in which she now found herself.

Bellamy arrives at her old home in Austin in time to share some precious moments with her sick, possibly dying, father. For the first time in her life she’s determined to confront her past head on; nothing will stop her from finding out exactly how her sister died.

As her father is transferred to a hospital in Houston to undergo chemotherapy, she starts working hard to find the truth; a truth that’s hidden somewhere deep inside her blurred memories, and in the words, actions, and recollections of the people who were there on that tragic day.

One of those people is Dent, the pilot she hires to fly her, along with her father and stepmother to Houston. Dent was Susan’s boyfriend at the time, and she’s certain that he knows more about the crime than he says.

Dent is a stubborn man who’s trying hard to escape his memories, too. Bellamy’s arrival and her invasion of his life, make him feel at a loss. He knows all too well that they share a past, but he’s not that certain that stirring the pot will improve matters.

Most of the time they spend together they spend arguing, yet their need for closure draws them to each other.

In the meantime some new phantoms start haunting their everyday lives: a sleazy journalist who would do anything for an exclusive; a former assistant district attorney who wants to let old ghosts lie; and a man who’s out for revenge.

Bellamy and Dent are not the only people who want to find the truth, there’s somebody else, too: her father. The old man is at the doorstep of death, yet he makes her promise that she’ll find out what really happened and let him know.

Sandra Brown delivers a novel in which nothing, and almost nobody, is what or who it seems. At moments you can’t tell who’s good and who’s bad and every so often you can do nothing but feel some sympathy for one of the villains. Her characters are well drawn and the plot is full of twists and turns that keep the reader guessing. As for the end, well, I’ll keep it to myself. What I can say though is that it really took me by surprise. Read and enjoy. 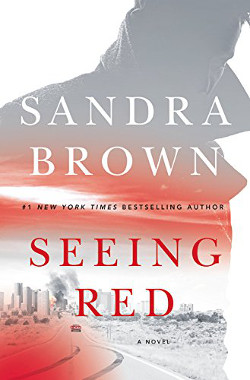