Liar Moon by Ben Pastor is the second book in a series of World War Two-era thrillers featuring Major Martin Bora. This book takes place in fascist Italy, and Martin Bora is a Major in the Wehrmacht.

Let me repeat that. Bora is a German army officer during World War Two—you know, Nazis, the bad guys, the ultimate villains, the ones who audiences are never allowed to feel any sympathy for, the ones Indiana Jones can kill by the boatload without blinking an eye.

Some readers might think that Pastor is either insane, crazy, or both to write a book with a Nazi protagonist. However, she pulls it off by being true to her main character, and not stooping to easy moralizing or overstating the obvious.

Bora is opposed to Nazi policies and in the first book of the series he plays a key role in saving hundreds of lives. He’s viewed suspiciously by his superiors, which explains why he’s been exiled to the Italian countryside and can be pressured into investigating the death of a prominent Italian fascist. Bora knows he’s skating on thin ice, and he and his wife could be hustled off to a camp if he’s not careful.

At the end of Lumen, the first book in the series, Bora is nearly killed in a grenade attack. As a result, he’s lost one hand, has shrapnel embedded deep in his knee, and is in constant pain. He can’t move, he can’t breathe, without pain shooting through his body:

His headache was turning into a nauseous need to vomit. All morning his left arm had ached, and from the maimed wrist agonizing stabs travelled to his shoulder and up the nape of his neck. Just above his riding boot, the mortified flesh of his knee throbbed like a second, painful heart. Bora steadied himself enough to put a cigarette in his mouth, but did not light it.

This pain reflects the inner turmoil Bora feels about what his country is doing. And, just as Bora can’t admit the physical pain he’s in, he also can’t admit how sick he is about the Nazis.

The most remarkable aspect of Pastor’s book is that she hardly spends any time explicitly denouncing Nazi atrocities. This isn’t just an oversight; in fact, the subtlety with which she handles Nazi genocide is perhaps the book’s strongest point. The epigram, “To those who were in the trucks bound for the concentration camps,” immediately sets the tone for Pastor’s handling of Nazi war crimes. Her characters, Nazi or non-Nazi, aren’t forced to lecture the reader about how bad the Nazis were—they don’t need to do that, we already know they’re the bad guys.

Bora is a German and he’s a soldier, so he follows his orders as closely as his conscience allows. It wouldn’t be realistic to his quiet, suspicious nature if he were denouncing his own country left and right.

Ever since Spain, Bora had taken inordinate care in the practice of storing anxiety deeply within, as safely as an army trunk was organized, with the heaviest objects at the bottom, tucked away in the corners.

This can feel frustrating. When Bora’s told he needs to help guide trucks full of Jews heading to a concentration camp through the Italian countryside, the readers wants Bora to spit in his superior’s face. We want him to grab his revolver and limp towards Berlin with a knife in his mouth and go all Inglorious Basterds on the Reichstag. But he can’t do that.

So the reader has to grit his or her teeth and wait things out with Bora.

Pastor shows such restraint that the reader is unsure if the acts of sabotage that befall the Nazi machinery in Bora’s region are due to Bora’s interference or not. And when Bora mysteriously arrests a Catholic priest the reader’s faith in the Major is stretched even thinner.

Yet Pastor pushes this line, while staying true to her characters. Bora is too reserved, too bound by duty and stoic to launch into tirades against the Nazis. Towards the middle of the novel, Guidi accuses Bora of playing a role in atrocities, and Bora nearly loses his top, but he keeps his lips buttoned.

Of course, the reader wants Bora to confess to Guidi about all the good he’s doing, about how Bora is fighting from the inside—but he doesn’t say anything. He can’t say anything, and Pastor’s book is stronger for his silence.

In Bora and his reluctant partner, Sandro Guidi, Pastor has created characters that are sympathetic and also frustratingly, achingly human.

Liar Moon has already been published overseas, but is coming to our shores on February 21st. Discussion Questions: The One Man by Andrew Gross

The One Man Reading Group Discussion Guide 1.    Guilt is a theme that is woven throughout the book. Nathan's guilt at having “abandoned” his family to their fates; Leo (the survivor's) guilt at being unworthy of the medal his daughter finds and being called a hero. Even Greta's guilt in taking on her husband's…

“Every pawn is potentially a queen.” – James Mason Castle up with this week's Pick Your Poison—where we create a cocktail inspired by a recently published mystery, thriller, or crime novel— “The White Rook” cocktail, inspired by Andrew Gross's upcoming WWII historical thriller, The One Man! 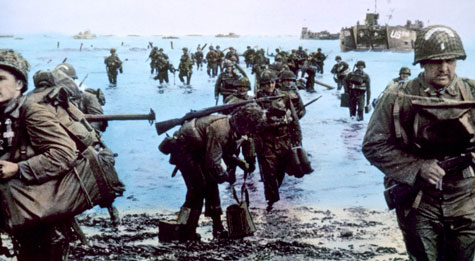 Sometimes, real life is scarier and stranger than fiction—find out how by registering to win these 8 true crime tales for True Crime Thursday, here at CrimeHQ! Click here to enter for a chance to win! This is NOT a Comments Sweepstakes. You must click the link above to enter. NO PURCHASE NECESSARY. A PURCHASE DOES…