Tito Ihaka possesses all the qualities that make a police procedural protagonist: street smarts, an insolent manner, an appreciation for the female form, and a facility with snappy banter, most of which would be unrepeatable in polite company. Although you know he’s a dedicated lawman, he’s always just this side of the line that separates good guys and bad guys.

Yallop bookmarked the paperback and put it aside. “Why are you a cop, Ihaka? We both know it’s not for the money.”

Ihaka shrugged. “A bloke’s got to do something.”

“Yeah, but you’d be just as good playing for the other team—and much better rewarded.”

“…a brainbox like you doesn’t ask a question without knowing the answer, so you tell me: why am I a cop?”

Yallop leaned back, pink with admiration for his own perceptiveness. “Becoming a cop was the only way to prevent yourself becoming a crim. As you’re well aware, you’ve got deep-seated antisocial tendencies. If you weren’t a cop, sooner or later they would’ve come to the fore. So the answer to the question is: self-awareness.”

These qualities are also what landed Ihaka in a heap of trouble. When we meet him, he’s been out of range for five years—banished from Auckland to the “heartland” after ruffling a few too many influential feathers on one particular case. Oh, and after coldcocking a colleague who mouthed off to him about it.

As Firkitt unzipped, Ihaka threw a hard, fast elbow, spearing it into the side of his jaw, just below the ear. Firkitt bounced off the wall, his knees gave way and he slid face first into the trough of the urinal. Ihaka unbuttoned his jeans and took a long leisurely piss. The drainage flow encountered an obstacle, but the obstacle didn’t seem to notice.

Ihaka washed and dried his hands and walked out of the toilet. Firkitt still hadn’t moved.

You get the idea.

Thing is, that one particular case still eats at Ihaka, because he knows he wasn’t wrong in believing that the well-connected businessman—named Christopher Lilywhite for goodness sake—really did have his wife murdered. So when Lilywhite, now ill and near death, confesses that much, Ihaka takes some consolation. But then: “So who killed her?” Ihaka asks. “There’s the catch,” Lilywhite replies, “I don’t know.”

Now, being right isn’t enough for Tito Ihaka. He’s determined to find out who really killed Joyce Lilywhite—more to satisfy his own curiosity and his need to close the case properly than to clear his name. (You always have the sense that middle-aged DS Ihaka has gone as far as he’s going on the organizational chart.)

Once he starts poking around, things become complicated, and there are times you’ll need a scorecard to keep the players straight. Cops, criminals, informers, gangland bosses, the idle rich and their bored wives—it’s a vast network in which the good guys and the bad guys share an awful lot of personality traits and quite a few mutual acquaintances. No one is ever as clean or as corrupt as they might seem.

Paul Thomas gives the police procedural a twist with his Maori detective; but Tito Ihaka isn’t a gimmick, he’s the real deal. The New Zealand setting will be new to most U.S. readers, and the dialog is salted with local turns of phrase that are fresh and funny. Fans of Tito Ihaka would say Death on Demand is long overdue. The last Tito Ihaka novel, Guerilla Season, came out in 1996. Those new to the series will be happy to make Ihaka’s acquaintance; he’s an interesting guy to spend time with.

Book Review: Quiet in Her Bones by Nalini Singh

Some titles and opening words have the power to propel us instantly into an unsolved mystery, as with Nalini Singh’s Quiet in Her Bones: My mother vanished ten years ago.   So did a quarter of a million dollars in cash.   Thief. Bitch. Criminal.   Now, she’s back.   Her bones clothed in scarlet… 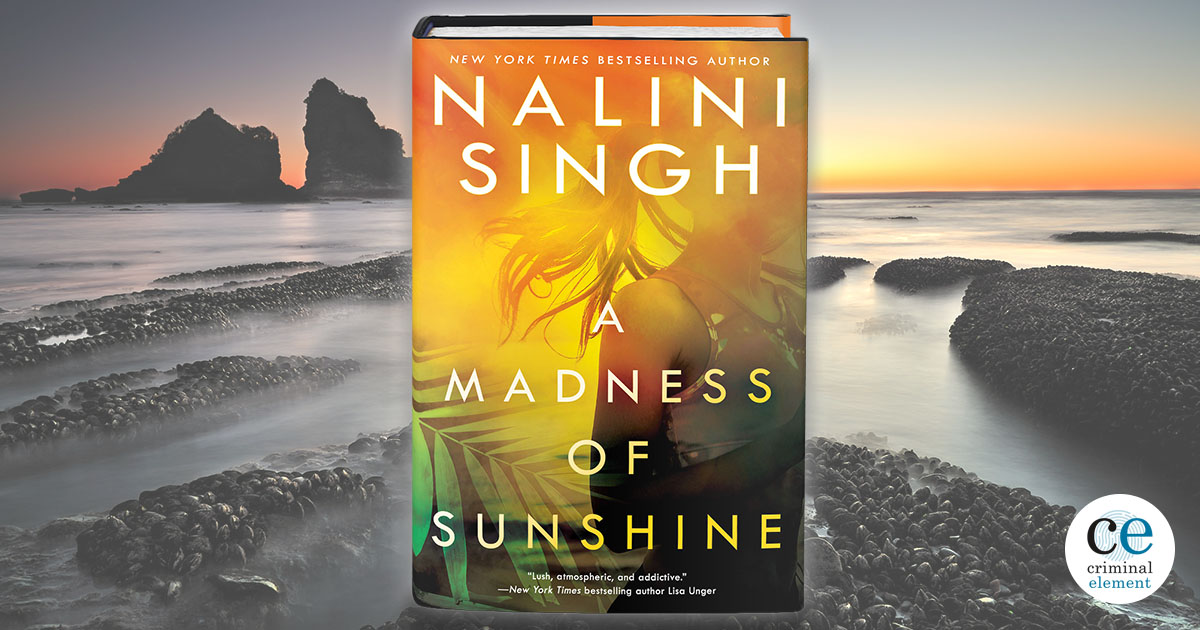 A Madness of Sunshine: New Excerpt

The house also featured a new porch stocked with a number of whitewashed rocking chairs. Nubile young women occupied two of those chairs. “Oh, hello,” one said in a cheerful way. “Shane’s writing, so he can’t see you right now. But we’d be happy to visit.” “Interrupt him,” the cop said in such a flat… 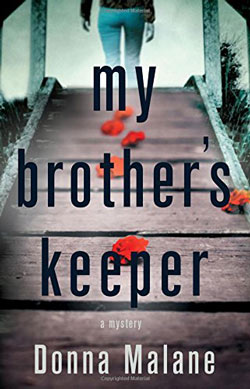 From New Zealand author Donna Malane, My Brother's Keeper is a dark and twisting mystery that leaves no stone―or page―unturned (available December 19, 2017). Diane Rowe is a missing persons expert. Ex-con Karen needs Diane's help to track down her fourteen-year-old daughter, Sunny, whom she's lost contact with while she's been in prison. To Diane,…