Concrete Angel by Patricia Abbott is familial thriller set in 1970's Philadelphia about a wicked mother and her children who learn the only way to survive is to fight back (available June 9, 2015).

Evelyn (Eve) Moran and her twelve-year-old daughter, Christine, are in their home, hovering over the corpse of a dead man that Eve had just murdered in cold blood.

“Lying there looking so innocent after what he tried to do,” Mother said. “He seemed like such a nice guy this morning. You never can tell,” she said, sounding surprised by his sudden change- as if he'd pulled something over on her.

Eve asks her daughter to take the blame for the killing, using self-defense as an excuse and it seems completely natural to the child—more like that it is expected. Christine, our guide through Concrete Angel, already takes care of her mother by helping to mask Eve’s extreme kleptomaniac urges and other lies that populate their universe. Christine’s father and Eve’s ex, Hank Moran, is momentarily brought back into the picture, and in the judge’s chambers there’s a sobering life lesson for Christine when she begins to comprehend how the wheels of justice essentially rotate. That her fate and that of her mother’s is secured by her well-connected parents who are able to get her untangled of any kind of genuine punishment—save some psychiatric doctor’s visits where she snows the doctor. Sadly, it doesn’t bother Christine because it gives her quality time with her mom.

Christine’s childhood is on hold by adults whose own upbringing was stunted. At the outset Christine muses, “Maybe Mother wanted to be like Liz Taylor or Grace Kelly. Glamorous.” Her journey of true understanding begins, at first, by peering back into her mom’s unstable history via conversations with her grandmother, aunt, and her own recollections.

In the 1950’s, Christine’s strict Lutheran grandparents were more interested in reserving a place in the hereafter and are at wit’s end with raising an out-of-control, thieving Eve. When the handsome—world on a string—Hank Moran comes along, Evelyn’s parents are more than ready to be done with her. The young couple gets married, but prior to Hank taking over the lucrative family printing business, he must first finish a stint in the military. Being an officer’s wife doesn’t sit well with Eve—too confining—so she goes about lifting items from the local stores to fill an emotional void. She occasionally gets caught shoplifting, though fortunate for her, finds a local community willing to ignore her proclivities.

Nobody wanted legal problems with an officer’s wife. A good-looking military wife could steal the moon right out of the sky, and no one would say a word about the resulting darkness.

Hank eventually has Eve committed to a sanitarium called The Terraces where the focus is on talking and getting to the root of the problem. A place where Freud’s lessons are well executed. A place where Eve, to Hank’s vexation, finds a way to carry on procuring items, and hoarding them away like she hasn’t missed a beat. By the time Christine is born, her parents’ marriage is practically over and her mother has entered a pattern of ongoing sexual affairs. Christine will not only unravel this complex woman, the domestic cover-ups, and other gnarled trails that ultimately lead to murder but will try and stop the cycle that is now in danger of harming her younger brother.

Derringer award winning author Patricia Abbott came up through the hard-boiled online webzines sharpening her skills in a medium that, more often than not, features lurid plots, graphic violence, and twist endings for shock value. Ms. Abbott found her own distinct voice building her storylines on tainted relationships, intricate, emotive reveals and endings, often, with no tidy wind-ups but satisfying conclusions nonetheless. Concrete Angel is a culmination of her very best and is not to be missed. 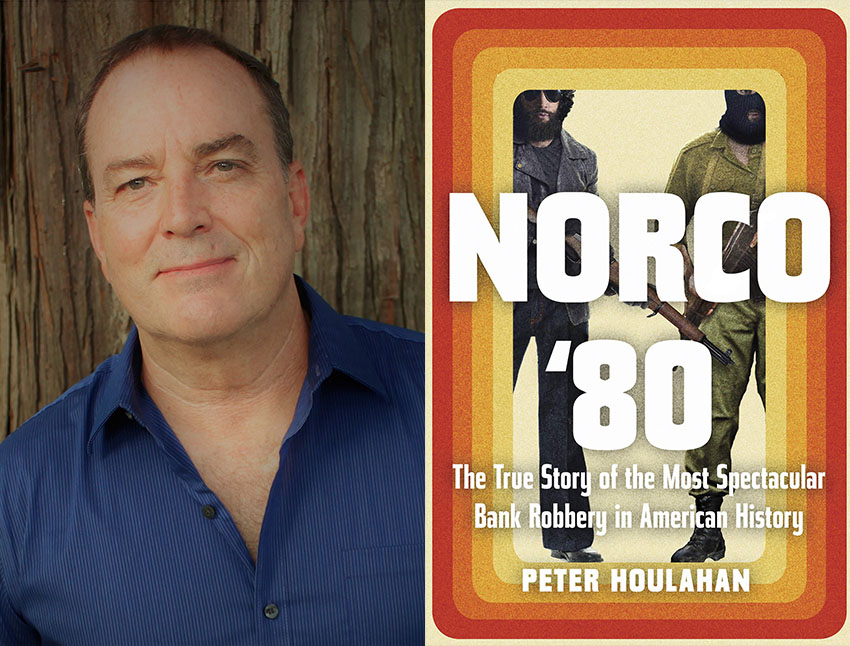 Five True Crime Courtroom Dramas as Enthralling as the Crime Itself

Join Peter Houlahan, author of Norco ’80: The True Story of the Most Spectacular Bank Robbery in American History, as he looks back on a number of true crime dramas whose courthouse scenes rival the intensity of the crimes. The blood has dried, the body carted away, the perpetrator in cuffs. So, story over, right? … 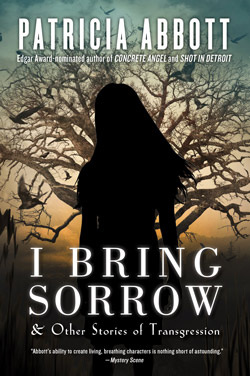 Review: I Bring Sorrow & Other Stories of Transgression by Patricia Abbott

I Bring Sorrow: And Other Stories of Transgression by Patricia Abbott is a collection of extraordinary, riveting, and thought-provoking stories that explore the dark side of human behavior. If you haven’t yet discovered Patricia Abbott’s work, I Bring Sorrow is a perfect place to start. I read the fantastic Concrete Angel a while back and… 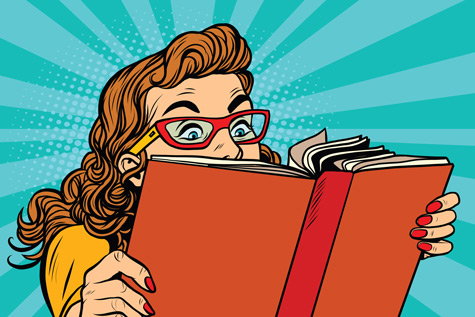 Fifty years, huh? There were the predictable Nancy Drew mysteries at age 10. Then, there was a long pause. The librarians at the Philadelphia Public Library-West Oak Lane branch—where I checked out all my reading material—were not eager to put mysteries in front of me. Instead, I read lots of Steinbeck, Lewis, Wharton, Cather, Golding,… Q&A with Patricia Abbott, Author of Shot in Detroit

Patricia Abbott is the author of more than 150 short stories that have appeared in print and online publications. She won the Derringer Award in 2008 for her story “My Hero.” She is the co-editor of the e-anthology Discount Noir. Collections of her stories, Monkey Justice and Other Stories and Home Invasion, were published by…