I love Christmas and I love murder mysteries, so this book really hit the spot. It had it all: a small town, murder of a mean old man, lots of suspects who hated said mean old man, suspicious behavior all around, fun characters, and of course, a holiday celebration.

Jake Marlowe is a nasty man. He and his partner Ben Scribner own a bank in the small town of Tinker’s Cove, Maine, where the recession has hit just as hard as the rest of the country. Many residents are struggling to pay their bills, and a few even have medical problems that are causing an extreme financial burden. Instead of working with his customers to try and come up with a repayment plan they can afford, Jake enjoys filing foreclosures to take back the properties.

One morning before work, Jake sits in his home surrounded by all of the things he can’t throw away, and looks forward to balancing his bank account.

When he goes out to see if his bank statement has arrived in the mail, he finds a package as well.

Reaching the box, which topped a post next to the street, he examined a padded mailing envelope printed with a red and green Christmas design protruding from the box. A present? He pulled it out, studying the design of candy canes and gingerbread men. It was addressed to him, he saw, and there was a label that warned Do Not Open Till Christmas. It was only the day after Thanksgiving, a bit early for a Christmas gift, perhaps, but Thanksgiving was the official beginning of the Christmas season.

…He studied the return address, but it didn’t make any sense. Santa Claus, it read. North Pole, Alaska. It must be some sort of joke.

When a bomb explodes from the envelope, it kills him and sets his whole house ablaze. By the time the firefighters arrive, there’s nothing that can be done. It’s now up to the local police to figure out not just who hated Jake, for that is an extremely long list, but who hated him enough to kill him.

Lucy Stone, writer for the local Pennysaver newspaper, interviews all the right sources to try and get the scoop. She is met with resistance from the people involved in the investigation, and when she turns to the locals she finds that there are any umber of people who might have wanted Jake dead. After all, he was taking homes away from hardworking people who couldn’t make ends meet.

Meanwhile, Lucy has a part in the local production of A Christmas Carol, and is dealing with her daughter, Sara, who is acting a bit rebellious. Sara is starting to skip classes and has joined a protest group led by a radical, yet attractive, young man who just might have knowledge of bombs. Lucy interviews him in order to keep tabs on who her daughter is hanging out with. She also wants to get more information as to the extent of his knowledge of homemade bombs and his views on violence.

“How far should they go?” Lucy asked. “Do you condone violence, like the bombing that killed Marlowe?”

“I would never condone violence; I don’t think anybody who’s been to war would,” he said in a soft voice. His expression was troubled, his eyes were directed at hers but he wasn’t seeing her, he was seeing something else, reliving a wartime horror. Then, with a shake of his head, he came back to the present. “If things continue the way they are, I wouldn’t be at all surprised to see more violence. That’s what happens when people run out of options. They get desperate.”

Did I mention there were no shortage of suspects in Tinker’s Cove?

This was a very fun read, and for a short while I felt like I was a resident of Tinker’s Cove. Cozy mysteries are my favorite way to get into the holidays and the Lucy Stone series has numerous holiday related titles in addition to this latest installment.  Several have Christmas themes, but there are others to fit all your holiday needs. 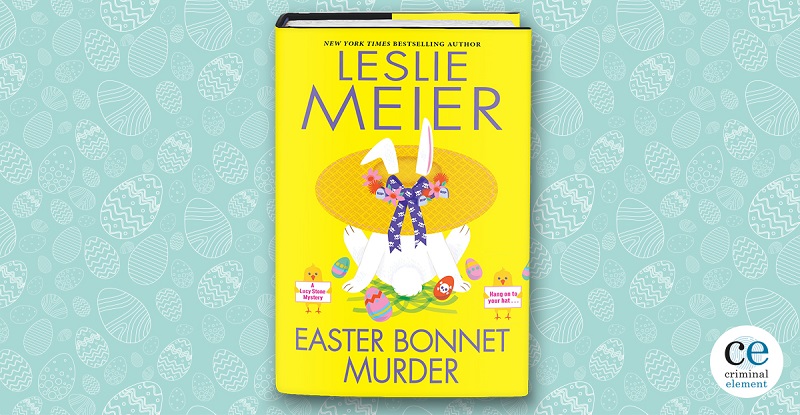 Spring has sprung in Tinker’s Cove, Maine, and reporter Lucy Stone is hard at work covering both the serious business of government affairs as well as the fluffier human interest stories that her editor Ted Stillings knows propel sales and reader interest. She’s already planning to do a front-page article on the annual Easter bonnet…

I usually find mystery novellas to be fairly hit or miss, but I have very much enjoyed the holiday-themed collections Kensington puts out showcasing some of their finest cozy authors. This latest collection is frankly one of their best yet! Revolving around a murder at a Halloween party, each story here has the meat of… 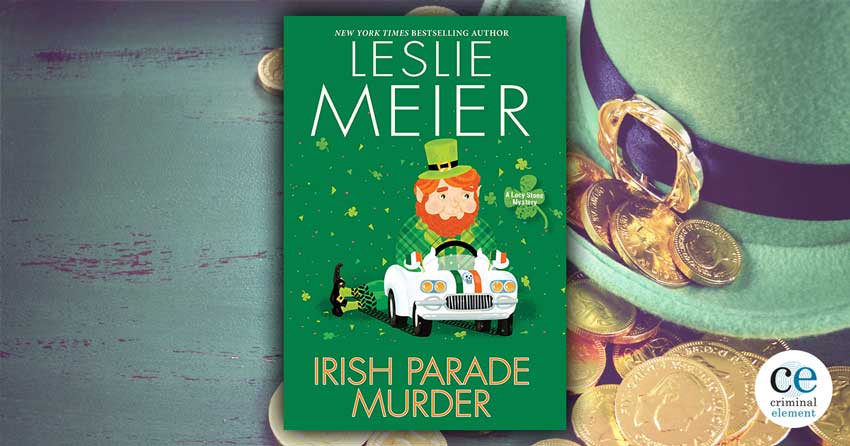 Irish Parade Murder by Leslie Meier is the 27th Lucy Stone Mystery, where a new hotshot reporter in town is accused of murder, and Lucy must dust off her investigating skills once again to clear her new coworker’s name and get to the bottom of the deadly conspiracy. I have a bit of a confession…