Bonefire of the Vanities by Carolyn Haines is the 12th mystery in the highly enjoyable Sarah Booth Delaney series (available June 19, 2012).

Engaged to the handsome, dashing and overprotective actor Graf Milieu, Sarah Booth is determined not to give up her work as a private investigator in partnership with her best friend, Tinkie Bellcase Richmond. But Graf has given her an ultimatum. Now, Graf is off in Hollywood making a film, and he won’t return her calls. Glum and wallowing in Emmylou Harris music, Sarah Booth moons around her Mississippi homestead, Dahlia House. Her pity party is interrupted by Jitty, the ghost of Sarah Booth’s great-great-great grandmother’s nanny. The relationship between woman and haint has had clear boundaries since they met a few years back.

Jitty wants Sarah Booth to give up any foolishness that would interfere with marriage to a respectable man, guaranteeing that she could pass Dahlia House along to future generations. But Jitty is nothing if not unpredictable and when she shows up, dressed in a twin sweater set, with pearls and an A-line skirt she floors Sarah Booth by saying:

“I think I know the resolution for the case of The Hidden Staircase. I need the car and I need George and I need to strike while the iron is hot.”

“That’s three ‘I needs’ in a row. Who are we today, Nellie Narcissistic? Fashion tip, Jitty, you need to update. Your wardrobe is about sixty years behind the times.”

“Your problem, Sarah Booth, aside from the fact that you’re like a heat-seeking missile aimed at destroying any chance at love, is that you have no concept of history. You call yourself a private investigator, but you don’t know squat about the women who came before you.”

Somehow I knew she wasn’t talking about the Delaney women. She referred not to my ancestors, but to a literary heritage. Women sleuths. And I had her pegged.

“Miss Nancy Drew!” I pointed my finger at her.

A few minutes later, Sarah Booth’s great friend Tammy Odom aka Madame Tomeeka, the local resident psychic, drives up to the house at breakneck speed and demands the services of the Delaney Detective Agency. One of Tammy’s clients, the aging billionaire Marjorie Littlefield, is being lured into the Heart’s Desire, a secret society headquartered nearby. Tammy is sure that foul play is imminent. Sarah Booth hesitates until Tammy says:

“I had a dream last night. Mrs. Littlefield was being held in a white tower. Like a prisoner. Pluto, her cat, kept jumping in and out of windows and popping out of bushes. Except for the cat, everything was pure white, until a streak of bright red blood leaked out of Marjorie’s window. It scared me. I think someone means to hurt her.”

Unable to resists such a serious plea, Sarah Booth and Tinkie sign on as maids at the Heart’s Desire resort, hoping to protect Mrs. Littlefield from being bilked for her fortune. Very soon they realize that money is the least of what is at stake.

At the resort, the chef is hostile and the butler is both snooty and hostile but the person Sarah Booth and Tinkie are really there to assess is Sherry Cameron, the woman who runs the society and purports to be a medium. She gathers very wealthy clients who have a need to contact someone who has died. But in short order, there are new deaths at the resort and Sarah Booth and Tinkie are in danger themselves.

I loved this wildly entertaining book, populated by extremely engaging characters, be they ghosts or human, decent folk or charlatans. With all due diligence, I must advise that when you read Bonefire of the Vanities, always keep one eye on Pluto, the cat. 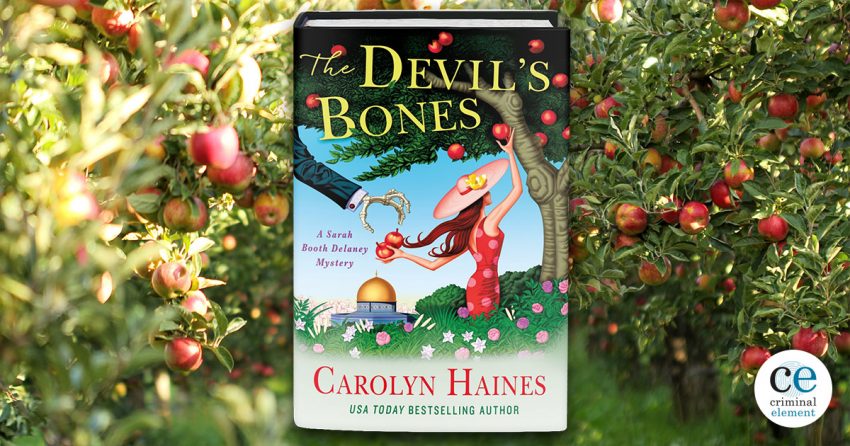 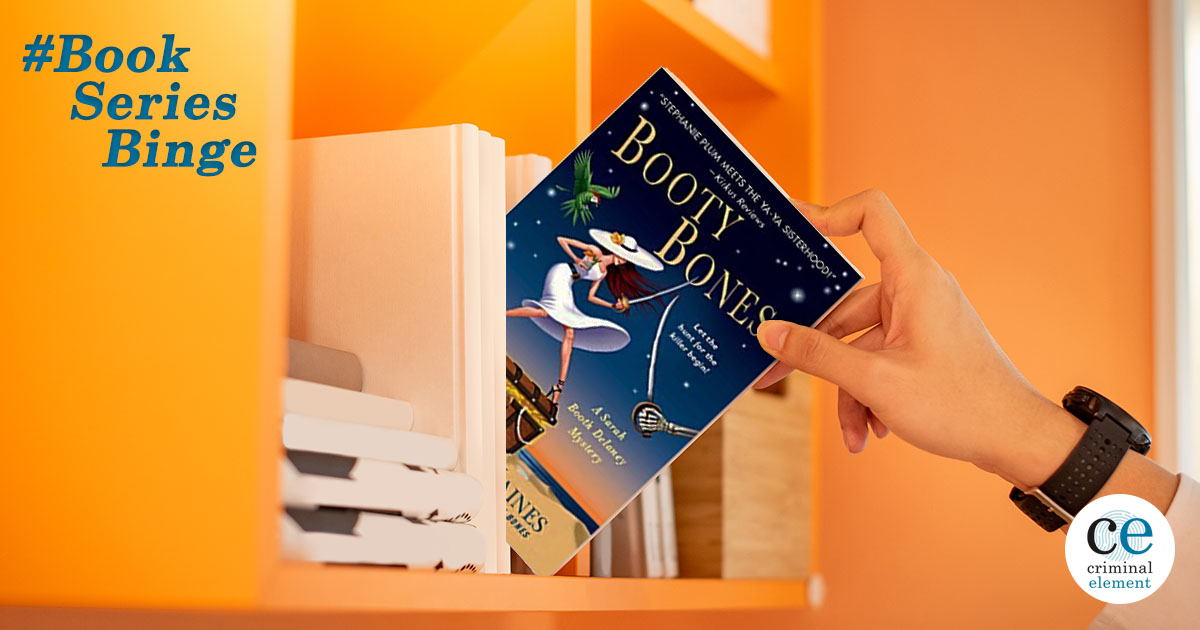 Describe the first time you pictured Sarah Booth Delaney in your head? Carolyn Haines: I had just finished a two-book contract and I was thinking about what I would write next. It was an incredibly spring day. Right outside the window the Chinese fringe tree and the cross vines were in full bloom. Sitting at… 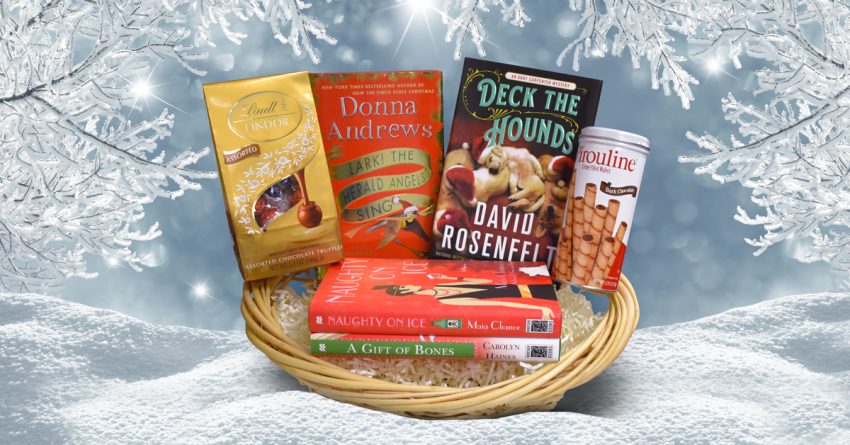 ‘Tis the season for a blazing hearth, a warming cup of cocoa, and a merry dose of murder! Get in the holiday spirit and enter for a chance to win our holiday basket, complete with a festive foursome of our favorite winter mysteries and snacks to enjoy by the fire. The books included are:… 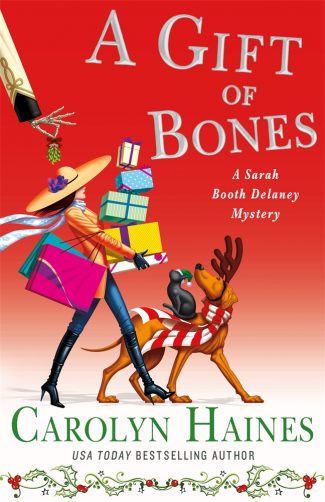 Review: A Gift of Bones by Carolyn Haines