Does abduction run in the family? Andrea Kane crafts her new book, The Girl Who Disappeared Twice, around this premise. Hope and Felicity Ackerman were six year-old twins when Felicity was taken right out of their shared bed. 32 years later, Hope’s daughter is abducted. Hope calls in Casey Woods and Forensic Instincts, a team of ex-law enforcement, ex-military, and a tech nerd, who are independent crime consultants.

This is the start of a new series for Kane, and it could become a successful one as the cast of Forensic Instincts characters has a nice dynamic.

“Ah shit.” Ryan slapped his palm on the table.

Casey ignored him, turning to Marc.  “Ryan’s feelings are obvious.  Yours?”

Marc pursed his lips, silently weighing the question.  “You know I’m not a big believer in psychics,” he replied at last.  “The fit’s not going to be easy.  But I do see you point.  I know Claire’s success rate.  That’s fact, not speculation.  Do you know if she’s interested?”

“Not a clue,” Casey answered honestly.  “I wanted to talk to the two of you before I broached the subjest.  So I take it you’re not opposed?”

A corner of Marc’s mouth lifted.  “How tough is she?…”

They even add a more members, including a dog, by the end of the book.  It reminded me of the television series Leverage in a way. You put all of these different personalities and talents together and shake them up, and then see how they end up working together.  It’s their interplay and chemistry that make the book.  Kane balances each character’s point of view pretty well, while keeping Casey the focus.  You get a sense for each of them, and Kane is great at giving them each their own voice.

“Sweet,” Ryan replied at once. “Renegade Marc and by-the-book Patrick, battling it out. I smell a comic book series. The possibilities are endless.”

“And balanced,” Marc added, ignoring Ryan’s taunt. ‘I think it’s a great idea. A little more structure and discipline. I can handle the infighting if you can Patrick.”

“Bring it on,” Patrick replied.

“And with Claire-voyant on board, we can use another person who has his feet on the ground.” Ryan slanted a look in Claire’s direction. “What do you think?”

“I think Patrick’s experience and maturity—” Claire underscored the last word, “— will add a lot to the mix. I’m a newbie myself, but if my vote counts, I say yes, absolutely.”

“And the piece de resistance—Hero likes you,” Casey said with a grin. “Or at the very least, he likes your shoes. He doesn’t slobber on just anyone. If that’s not a yes, I don’t know what is.” She extended her hand to Patrick. “Welcome to the team Special Agent Lynch. We’re honored to have you.”

I can envision that, if this continues as a series, that different books would have a different team member as the main character. I smell more fun reading. The permutations are endless. 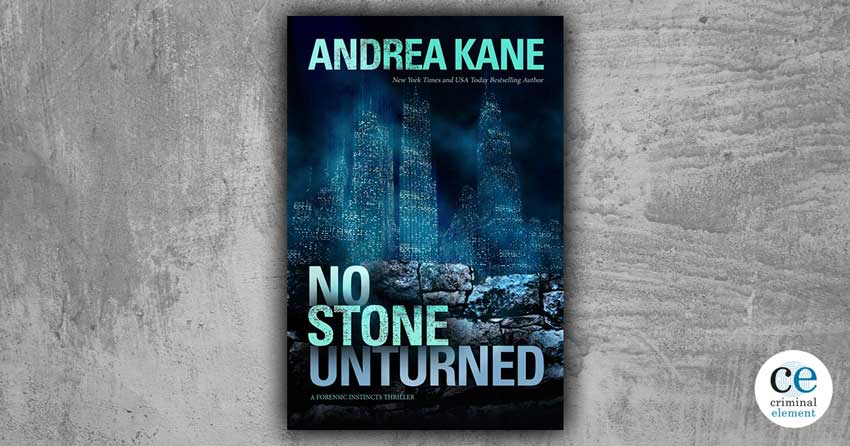 No Stone Unturned by Andrea Kane is the eighth book in the Forensic Instincts series, where ancient tapestries may hold clues to finding undiscovered Irish treasures. Fiona McKay is a talented jewelry designer whose work is inspired by tapestries “passed down from McKay mother to daughter.” Her Celtic jewelry is based on the themes, colors, and… 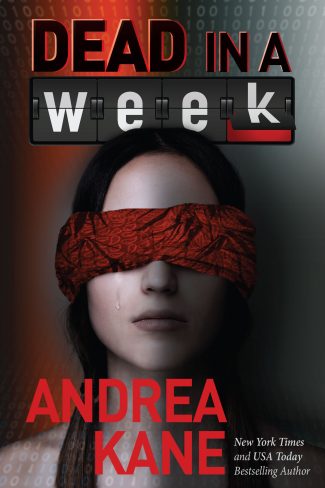