Always Watching by Chevy Stevens is a psychological thriller featuring a cult and the psychiatrist who can't shake her experiences with them (available June 18, 2013).

In Chevy Stevens’ latest, Always Watching, Dr. Nadine Lavoie is doing her best to help her patients in Mental Health, including Heather Simeon, brought in after a suicide attempt. Nadine thinks she’s rebuilt her life after the death of her husband and her drug-addicted daughter’s running away. She’s replaced family with patients and she tells herself she’s helping them, but she still wonders why she could never help Lisa, her daughter.

The book opens with the introduction of Dr. Lavoie’s newest patient, Heather, who will unwittingly serves as a catalyst for the memories the psychiatrist thought she’d buried.

The first time I saw Heather Simeon, she was curled into a ball in the seclusion room at the hospital, a thin blue blanket tight around her, the bandages sharp white lines circling her wrists. Her blond hair obscured most of her face. Even then, she still gave off a sense of refinement, something in the high cheekbones barely visible through the veil of her hair, the beautifully arched brows, the patrician nose, the delicate outline of pale lips. Only her hands were a mess: the cuticles raw and bleeding, the nails jagged. They didn’t look bitten, they looked broken. Like her.

Heather’s recent miscarriage and suicide attempt—while tragic for Heather and her husband, Daniel—would be just another day at the office for Dr. Lavoie except for Heather’s mention of a spiritual center where she used to live, the members she thinks are harassing her, and the leader she thinks is still watching her.

“They didn’t say it was our fault,” Daniel said. “They were just worried that Heather had gotten herself too stressed out by moving.”

In other words, they had implied that it was her fault.

“What is this center called?” I said.

Something tickled at the back of my mind, followed by an uncomfortable feeling of dread settling in my stomach. “Who runs it?”

“Aaron Quinn. He’s the director of all the programs at the center.”

It couldn’t be the same man.

Heather’s voice was a whisper. “Most of the members call it the commune.”

The commune. I hadn’t heard that name in years. I hadn’t wanted to hear it ever again. I stared at Heather, trying to think, my heart thudding in my ears.

“Dr. Lavoie?” Heather’s blue eyes were full of sorrow and pain. “Do you think it’s my fault the baby died?”

It took a second for me to refocus my thoughts. You have a patient, and she needs your help.

“No, I don’t think it’s your fault. You made a decision you thought was best for your child— you were just being good parents.” I talked on for a minute or two, heard the comforting words coming out of my mouth. But all the while my head was filled with a dull roar, the sound of fate and life colliding. Because what I couldn’t tell them was that I knew Aaron Quinn.

Underneath, Dr. Lavoie suspects something else may be at play, something not necessarily sinister, but certainly cultish, something suspicious. And she starts to wonder again if her own experience living at the commune all those years ago is the cause of her current claustrophobia.

Under my therapist’s guidance a few years later, I had talked about the months I spent at the commune, sharing memories that I had of the place, the other members, my brother and mother, swimming at the river, the late- night campfires. But I never could recall any specific event that might’ve caused my claustrophobia, and hours of hypnosis never revealed anything further. There was just this murky sense that I hadn’t liked some of the things that the adults were doing, and I’d been uncomfortable around Aaron, the young man I’d met that first day, and Joseph— his younger brother. Sometimes I felt like there might be things I was forgetting, gaps in my timeline, but nothing that I could put my finger on.

Now I couldn’t believe that they were still in Victoria. I was curious about what the commune was like these days and whether the same people lived there.

Her curiosity drives her to investigate, in a way: Interviewing people who remembered the sixties version of River of Life, walking the abandoned site by the river, and trying to get information out of her brother—the only surviving member of her childhood family.

All the while, she feels increasingly convinced that something bad happened to her there and downright paranoid that the creepy cult really is watching. 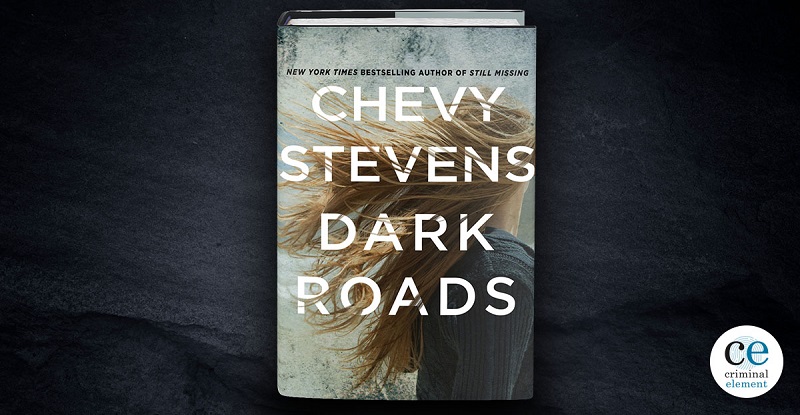 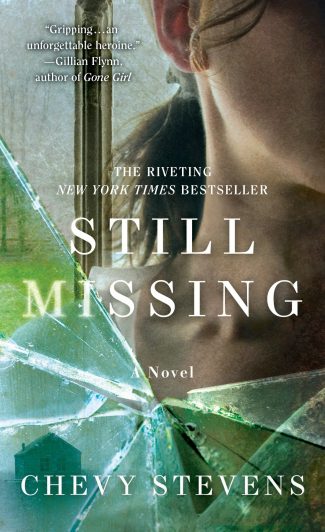 Still Missing by Chevy Stevens is a shocking, visceral, brutal, and beautifully crafted debut novel. Get a digital copy of Chevy Stevens’s Still Missing for only $2.99 through the month of July!  On the day she was abducted, Annie O’Sullivan, a 32-year-old realtor, had three goals: sell a house, forget about a recent argument with her mother,… 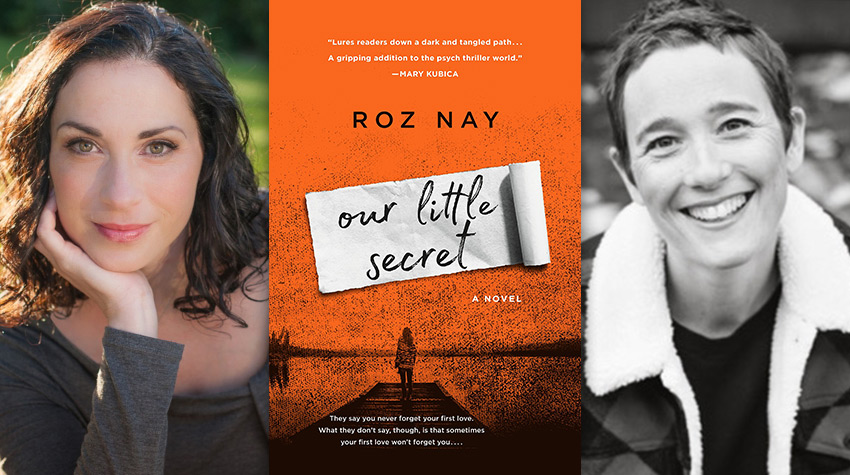 A Conversation about Our Little Secret with Chevy Stevens & Roz Nay

Last year, I was lucky enough to be sent an advanced copy of Our Little Secret by Roz Nay and was immediately engrossed. So much so that I kept emailing Roz’s agent, exclaiming at every twist and turn, raving about the clever writing, and confessing to a crush on one of the main characters. Of…