It’s hard to review a book nine books into a beloved series, especially when you know a lot of readers will be coming to the book with a background from an equally beloved television version. A&E’s Longmire is at once quite separate and yet intimately connected to Craig Johnson’s series of books about Sheriff Walt Longmire.

The cast of characters in the books is slightly different from those in the show and even the shared characters vary slightly between page and screen. But the elements that work so very, very well—the humor, the strength of personality and the endless, barren but beautiful scenery—remain constant.

The thing you get in the books that you don’t get from the show, the thing that brings me back over and over, is Walt’s voice. A Serpent’s Tooth is told in the first person, and right from the start you “hear” Walt. (It’s okay if you hear him in Robert Taylor’s voice—you won’t be the first or the last, I suspect.)

One of the jobs of an elected official in Wyoming is to understand one’s constituency and listen to people—help them with their problems—even if they’re bat-shit crazy. I was listening to Barbara tell me about the angels who were currently assisting her with home repair, which I took as proof that she had passed the entrance exam to that particular belfry.

As it turns out, looking into Barbara Thomas’s “angels” leads Walt to some devils dressed up in the garb of religion. But the devils, like Barbara’s angels, are all too human and Johnson carefully avoids demonizing any actual religion. There are a couple of cultish strongholds, but what happens in them bears little relationship to worship, though it pretends to.

Walt draws a fine, bright line between right and wrong. And though he may sometimes break rules (and even laws), his moral compass never loses true north. Part of that is because he’s a grown-up which, as a woman of a certain age, I have to admit is a joy to read.

The problem with the younger generation is that they confuse horsepower and torque. Most people think horsepower, which can lead to higher top speeds, is the most important—but the thing that gets you there is torque. Neither one of us was likely to reach top speed on the limited length of the bridge, and I was reminded of Mark Twain’s adage: thunder is impressive, thunder is loud, but it’s lightning that gets the job done, even in one-mile-an-hour increments.

I pulled my transmission selector down and inched forward in granny gear, four-wheel low. He answered by unleashing the half-ton and crunching into my rubber-padded, traffic-pushing grille guard.

I kept an even pressure on the accelerator, just enough to hold the three-quarter ton in place. He was getting angrier as I held him steady, and he gunned probably four hundred horses forward, causing the rear end of the Scours Express to emit blue smoke and kick its heels slightly sideways.

I waited until he’d reached the farthest point on the pivot and then nudged the broad nose of my 450-foot-pounds of torque forward.

He had two wheels pushing—I had four.

It was time the young men had a lesson in physics.

And while this is just a small scene, a scene in which relatively little happens in the scope of the larger story, it perfectly encapsulates Walt’s personality and his attitude. He is patient, until he’s not. He knows what makes people tick and how to use it against them. But he’s never needlessly cruel, and when he shoves the kids off the road, he even gives them a ride home.

The mystery here is complex and satisfying, tense and dark, but it is, as always, Walt who carries the book on his very capable—if sarcastic—shoulders.

Read all posts by Laura K. Curtis for Criminal Element. 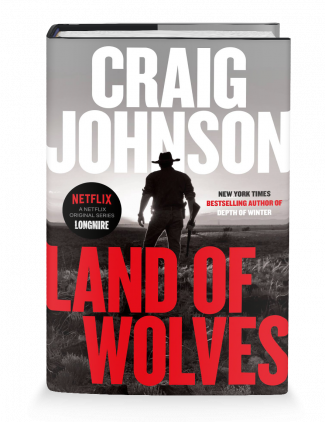 Land of Wolves is the new novel in Craig Johnson’s beloved New York Times bestselling Longmire series, in which Wyoming Sheriff Walt Longmire is neck-deep in the investigation of what could or could not be the suicidal hanging of a shepherd. After a journey to the deserts of Mexico in his last novel, Craig Johnson… 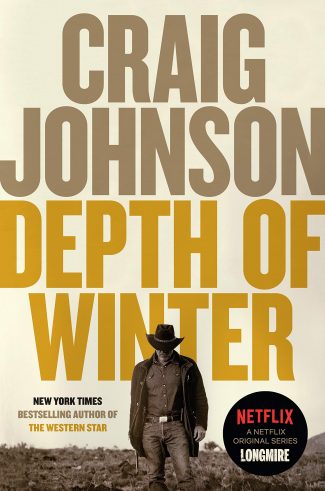 Depth of Winter by Craig Johnson is the 15th book in the Longmire Mystery series, where the beleaguered sheriff finds himself in unfamiliar territory.  In Depth of Winter, Wyoming sheriff Walt Longmire finds himself out of his element. Readers of Craig Johnson’s long-running series may also find themselves in similarly strange territory. Gone are the… 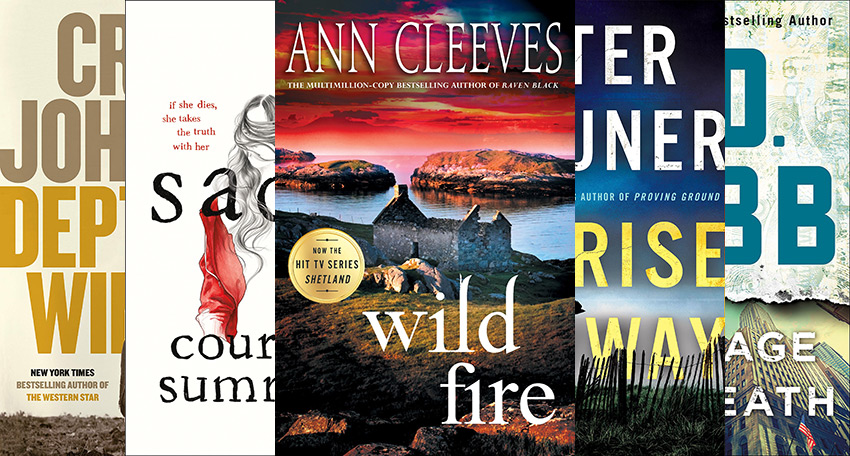 Every Wednesday, we here at Criminal Element will put together a list of Staff Picks of the books that published the day before—sharing the ones that we are looking forward to reading the most! This week, Ann Cleeves’s eighth and final Shetland Island Mystery combines with Courtney Summers’s breakout YA thriller to highlight an amazing week…