A Pattern of Lies by Charles Todd is the 7th historical mystery in the Bess Crawford series where an explosion at a gunpowder mill leaves questions in its wake (available August 18, 2015).

Almost a character in itself, the English countryside of Charles Todd’s Bess Crawford series shows again and again how war changes not only on a nation’s populace, but also its very geography. And ultimately, it is the conflict between the new ways and the old, the outside world and the local, that are highlighted in A Pattern of Lies, the seventh book in the series.

With the end of the war almost in sight, a series of coincidences and mishaps lands Bess, a nurse who has spent most of the war at battlefield hospitals in France, not back at her family home where she was hoping to spend her few days leave, but instead in the village of Cranbourne in Kent, accepting the hospitality of Major Mark Ashton, a former patient, and his family.

But even before they reach his family home, the landscape tells Bess that all is not well. Like Mark, it too bears the scars of war.

I expected the Major to continue to the river, but he stopped just above the sheds, where the road had begun to slope sharply toward the water. And I could see that what I thought was rough ground must actually be the ruins of the powder mill….At first I wasn’t really certain what I was seeing. There was so little left to tell me what had once been there.

On the far side of the little river, tall grass had taken over. Scattered through it were stones that were nearly invisible here at the end of summer’s growth. A jumble of them, without definition. About fifty yards farther on was what appeared to be an open wood that had been caught in a very bad storm….There must have been a crater as well, just as there would be in France when a shell exploded. But I couldn’t be sure whether I could identity that from here, the land was so uneven, hummocky, and strewn with debris….Considering a busy mill had once thrived here, it was still a raw and ugly wound on the landscape.

The powder mill, which had been in the Ashton family for generations, had suffered a terrible explosion some months earlier and though no cause had been found to explain the tragedy, someone in the village of Cranbourne was making their mission to scapegoat the Ashtons for it.

An outsider in the little village, Bess is able to see the local tragedy in context with the way the war is affecting the world at large. She immediately wonders on learning of the tragedy whether her father—who is quite high in the military—knows anything more than the locals do, and reflects on how the loss of a powder mill just when the army needs it most must have affected the war effort.

But the Ashtons, and the villagers of Cranbourne themselves, are limited to seeing the tragedy as purely local. And a certain, superstitious contingent, blame the occurrence not on an accident or bad luck, but on the attempts by the Ashtons to circumvent the natural order of things for the benefit of the powder mill.

One unnamed woman in particular—whom Bess encounters on a walk to the village—blames the explosion on Mr. Ashton’s ordering a “nailbourne” to be dammed up days before the disaster. (A “nailbourne” being a sort of spontaneous winter spring and something that when thwarted seems capable of wreaking havoc.)

“You aren’t from Kent, so you wouldn’t know, but Mr. Ashton was born here, he should have understood. Such springs must find their own way. And this one couldn’t. Some if us tried to tell him no good would come of it, that this one was already a Sign, but he wouldn’t hear of such superstitious nonsense. That’s what he called it, nonsense.”

Mr. Ashton’s refusal to pay heed to the natural spring is what, in this woman’s mind, caused the powder mill to explode. Any implications of the mill’s effect on the war effort, or on the lives of those young men from the village who are off fighting in the war are immaterial. As Bess notes:

The bloody battle of the Somme had begun in July 1916. I tried not to think about that as her Sign. To her, the explosion in April was more important. “But how did this cause the explosion? How could the nailbourne have interfered with the powder mill?”

“It was the powder mill caused it to be dammed, wasn’t it?” She gave me that withering look again. As if I ought to understand the implications straightaway. “And so the mill had to pay for it, didn’t it?”

And so, for those who still see the world through the lens of the old ways, the explosion was the direct result of the mill’s (and thereby the war’s) attempts to intrude upon the very earth of Cranbourne itself.  One action—damming the spring—caused the re-action—the explosion.

This doesn’t make sense to Bess, though, because she looks on the scene with a modern, and worldly eye:

“But to blow up the mill, with such tragic loss of life—it seems rather—”I was at a loss to find the right word. “Severe,” I said finally.

Ultimately Bess is able to unravel the motives and very local reasons behind both the explosion and the campaign against the Ashton’s. And we know, as 21st century readers, that the old ways of Cranbourne have long ago been supplanted by the new. But there is satisfaction in seeing Bess puzzle through the ways that war and modernity and the world conflict with the very villages the English soldiers are fighting to protect. And I look forward to seeing how these themes play out in her next adventure.

Manda Collins has been reading mysteries since her first Nancy Drew at the age of six. An academic librarian by day, by night, she writes historical romance blended with mystery. To learn more, check out her webpage or follow her on Twitter @MandaCollins. 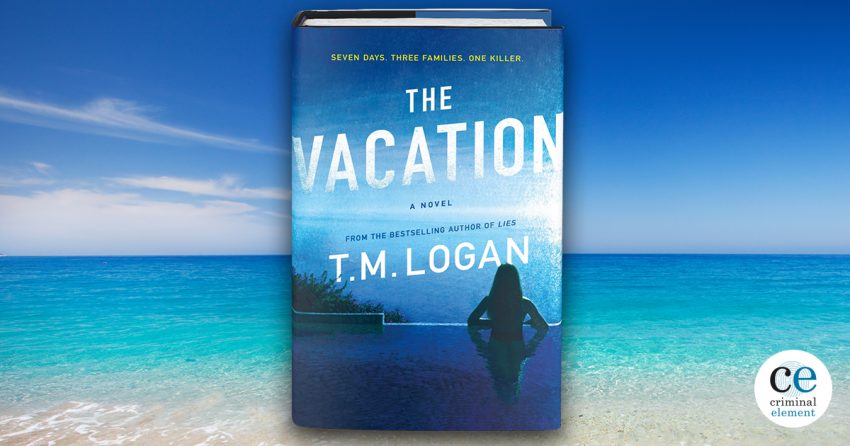